What is the significance of water coffins scene?

I think a lot of the movie didn't make sense, but I'm going to try and answer it. Apologies in advance, because this is a long explanation and takes quite a while before it actually even tries to answer your question!

I believe the movie largely revolves around the idea of free will. Do we have it, or is everything controlled?

Take the Box for example. Diaz presses the button, they receive their money and someone else dies. This is their choice. They could either collect the money and live with that knowledge or reject it. It is up to them... or is it? Did they have any choice at all, or would that action have always occurred? Note that the man shoots his wife at the same moment she pushes the button - but there's no indication this wouldn't have happened if she didn't. Instead, it's presented almost as if they simply had to happen. There was no other choice.

We also learn that the woman who was killed in the above scene had earlier pressed the button - she was killed by her husband after he was asked to choose between wife and child. Similarly, at the end of the film, when Diaz is killed, her husband is given the same choice.

So the entire synopsis of the movie revolves around free will and choice - whether we have it, or whether everything is controlled from the start. I don't think any answer is ever given, or intended to be given. It's entirely up to you, the viewer, to decide what you believe happens.

All the random people with nose bleeds in the movie (all working for Steward). Did they have choice, or did they simply act in a way that was predestined by Steward and the higher power. Even Steward can have this question asked of him. He even indicated he was just a messenger and nothing more - he was being controlled by whatever the higher power was after his accident (whether aliens/something else, we don't know).

To me the water coffins are symbolic of this choice. Two lead to eternal damnation, one to redemption. He was given the "peace" sign a few times in the film. Did this lead to him choosing door 2? Was it free will? Or was it destiny? Did he ever have a choice? Is this true of humanity as well? Do we have a choice regarding our salvation?

This fascinating Yahoo Answer goes an interpretation of the movie. To quote from the end of it:

I might be wrong about this, but I think it's all a religious allegory about free will in a world with an all-knowing god. If god knows what choice you're going to make, did you have a choice in the first place? It's ultimately a modern telling of the garden of eden. The couple is Adam and Eve, the burned man is the snake, the button (and money) is the tree of knowledge, and their child represents their innocence (and whether they lose it in the end).

Part of the hint that it's the Garden of Eden is that the ONLY one that presses the button is the women in the couples. Remember in Genesis that Eve is the one that is seduced and picks fruit from the tree of knowledge. There are three couples referenced in the film. Only the women press the button.

In the end, it's about being judged for your decisions (fate of humanity based on this box test) when those judging you (God or Aliens) already knows how you will respond, and are therefore responsible for your decision. This is a bible paradox and it's being played out in the movie.

As to your question (I hadn't forgotten!!), using this logic and the idea that a higher power is testing everyone, it could be argued the three coffins scene was indicative of baptism and being reborn. Marsden chose to follow the signs (obviously coming from the higher power) rather than go it on his own. Remember, even though Diaz tried following them as well, she gave into the temptation and pushed the button, not him. He even tried to back out of the deal.

On a final note, I do have to add that all this is just mass speculation. There is no real right or wrong answer and I think it's perfectly plausible to say that the effects looked quite cool and were quite likely added for no real reason beyond that. However, hopefully this answer has made a go of providing one possible (albeit convoluted) suggestion.

The scene is significant in terms of testing the free will of the test subjects as described in Plate 37-40 (which was part of classified CIA documents) which is what the whole movie was about (testing the humans free will).

The Water Coffin Triptych test (also called Endurance Test Path) was designed for test subject (spouse) that does not pushed the button.

For this purpose, the advanced research laboratory has been designated as endurance test area.

The test subject was submerged in NaOH+Hcl barrier and analysed for 1h and their fate determined based on the NaOH+Hcl analysis by designated laboratory.

The library place wasn't fixed location of these water coffins, as it was showed (water+bed scene) that these kind of gateway transits can be invoked by psychics (in this case mind-controlled psychic) on their will by Hydrokinesis.

Here are the technical details from the C.B.T. Human Resource Exploitation Manual - Section 1: 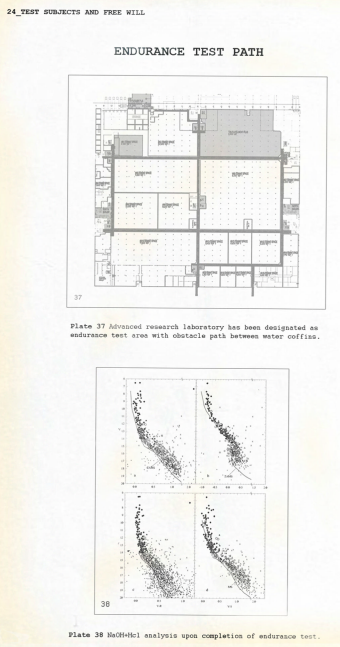 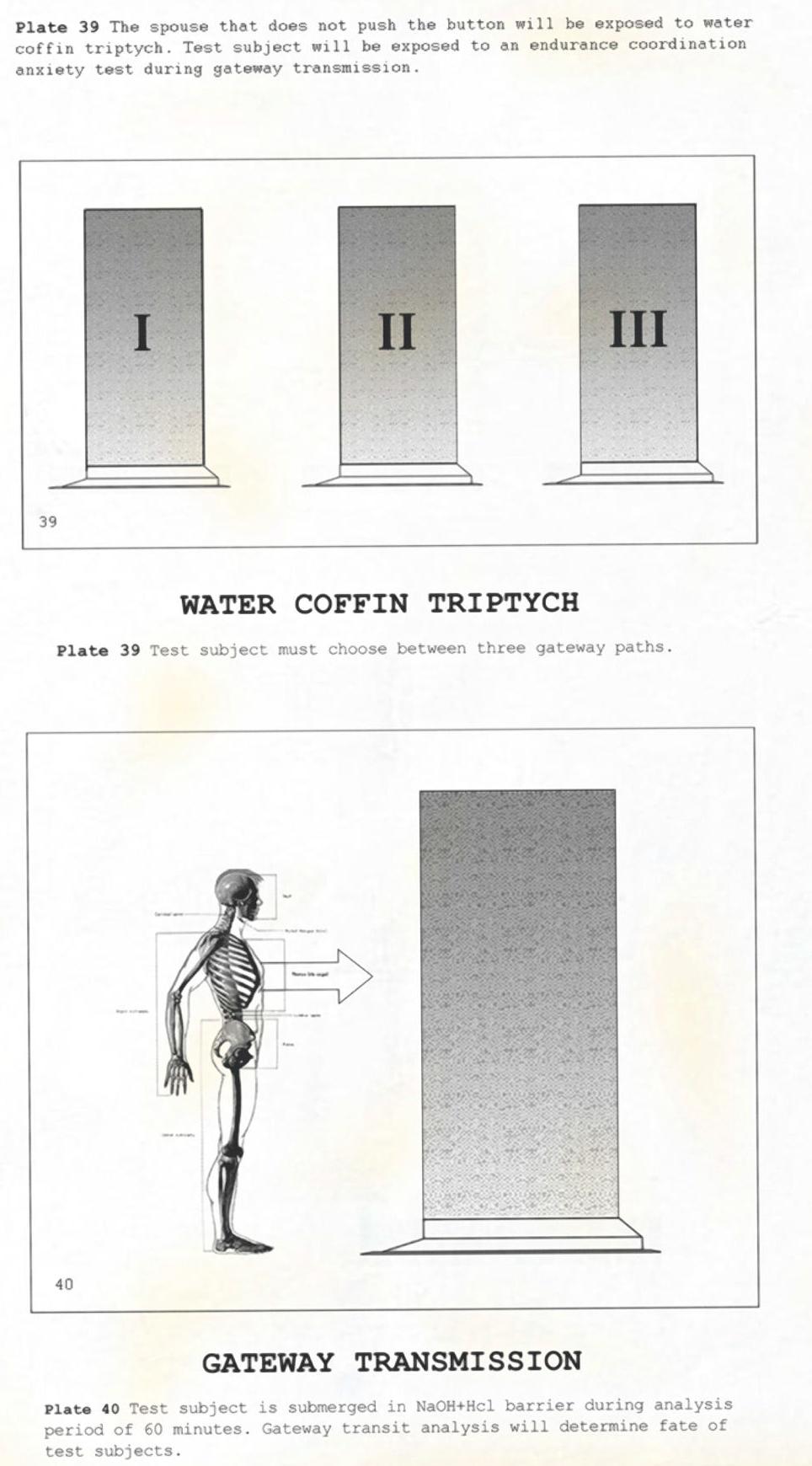 I think it's spiritual and physical.

I feel it's more on humanity or lack thereof, it shows that there is no limits to life, it shows a pattern with life.

I think it says a few messages:

At the end they have to deal with their son being blind and deaf, one of them must die, the main thing was to not take another life again ever by any means necessary, at least I think so.

9
Can someone explain what 'Franklyn' is about?
19
What does the ending scene in the movie Basic Instinct actually mean?
4
What's the relevance of the scene with the boy in the park?
3
Magnolia Frog Rain
1
Explanation on the ending of "End Game"
5
What was Hoffman's plan in Saw V?
1
What is the meaning of the ending in the Personal Shopper (2016) film?
8
Is the creature in "The Thing" a single creature?