What's the purpose of the plastic curtains in Captain Robau's shuttle?

In the opening of the movie, Captain Robau (Faran Tahir) pilots a shuttle to the Romulan mining craft.

The shuttle he piloted has a set of plastic curtains between the pilot and the rest of the crew bay.

We see that other shuttles from the same generation (such as the medical evacuation shuttle that George Kirk's wife is evacuated on) and also shuttles from later generations (such as the one Pike uses to drop Kirk and the others from) have actual doors between the rear of the craft and the pilot.

What purpose would such curtains serve? Do they provide a film-element that I'm overlooking such as "indicates that it's a craft and not a set"?

Sidenote: is that canon I just missed and that's why they were used? 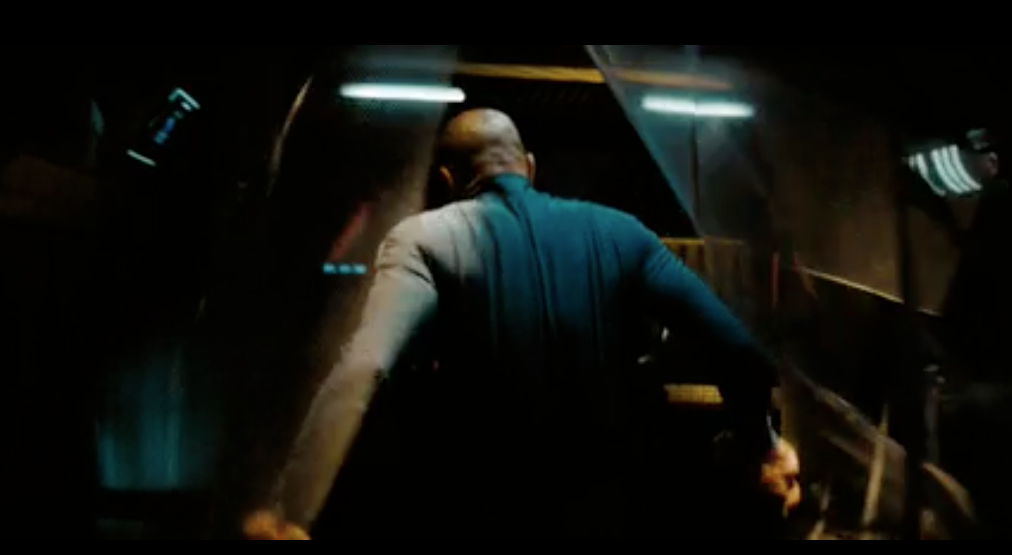 Could be a case of art imitating life here, airlines have been equipping clear curtains which serve three functions simultaneously.

It seems perfectly reasonable then to assume that a shuttle captain may want to block noise out of the rest of the shuttle in order to concentrate, and still be able to see if any funny business is going on.

It could also conceivably have been installed to reduce the amount of post-processing needing to be done on the audio.

Not the answer you're looking for? Browse other questions tagged star-trek star-trek-2009 .

15
Was Kirk's retirement from the Star Trek franchise already decided in The Undiscovered Country?
4
Did Captain Archer just forget the Illyrians after leaving them stranded?
2
Does Captain Tracey (Star Trek "The Omega Glory") resemble a figure from American history?
18
Why did the original Star Trek change the Enterprise captain?
0
What's the meaning behind Khan's firing on the Enterprise as it approaches the Mutara Nebula?