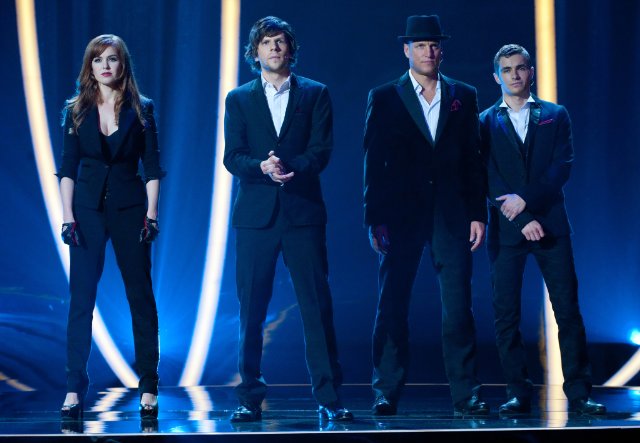 7
Why were there no interrogation scenes with Jack and Henley?
6
How does video come on the walls of the buildings?
11
How did the Four Horsemen accomplish their second trick?
13
Were the Horsemen cards referring to roles?
2
What cards are the Horsemen referring to?
5
Wouldn't Arthur Tressler's bank return all of his money under the circumstances?
24
Use of safewords in mainstream moviemaking
4
What exactly happened to Dylan Rhodes's father in Now You See Me?
4
Why did Alma Dray mention Shrike's tree?