Why is this formula useful in Iron Man 3?

I watched Iron Man 3 today, and wonder what this formula is about. Is it an important topic of physics? You know, like Transformers: Dark of the Moon, as I can recall, when an answer of some formula (problem) is got, an amazing weapon is invented. But I don't see any relationship in this movie. The picture is below: 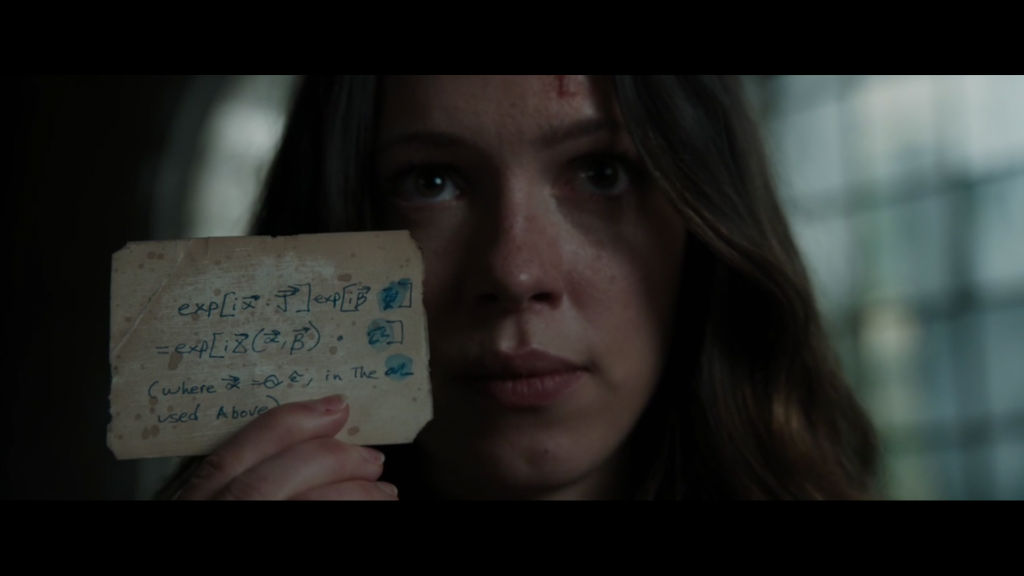 This is the Baker-Campbell-Hausdorff formula. It demonstrates the difficulty in extending exponentials beyond strictly numbers to include things like vectors. Specifically in quantum physics it describes "quantum entanglement" which is (in general) still a largely unsolved problem.

As it appears here this equation seems to be written as to explain the interaction between two opposing electrons (alpha and beta) and the spin angular momentum (J) and wave function (Psi) of a system respectively.

Tony's basically saying that if you want to explain how two different forces will act on a system when combined then first describe to what degree those forces cancel each other out and then look at the effect of the force left over.

This formula was the problem that Dr. Hansen needed to solve to fix the flaws with the Extremis virus. As you saw in the movie, many people who are subjected to the virus reject it and die violently. Dr. Hansen's attempts to solve it always failed, but she knew Tony Stark was smart enough to do it. So the whole plot of the movie was her and Killian attempting to force Tony to solve it, and thus fix the flaws of the Extremis virus.