How did Crabbe and Goyle get into the advanced N.E.W.T. class?

I recall a scene in Harry Potter and the Half Blood Prince where I saw Crabbe and Goyle failing to brew the drought of living death. 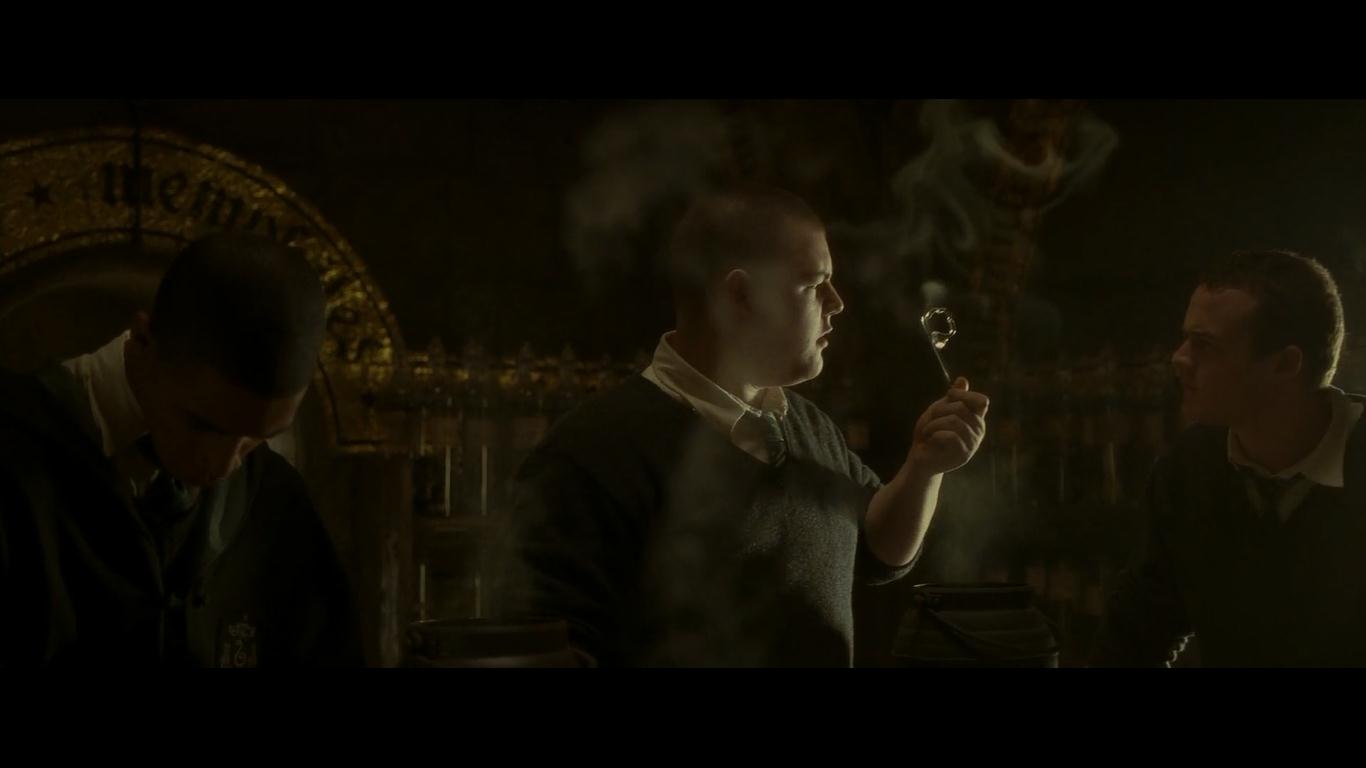 How they get into Slughorn's newt potion class?

To qualify for Newt Potions they would have had to have received high grades in their previous year (during the events of The Order of the Phoenix). At that time Professor Snape was potions master.

It's well known that Snape played favourites and often made exceptions for Slytherin children who's parents were associated with "You Know Who" thereby keeping the illusion that he was one of the Death Eaters.

I believe Snape gave them high grades in the previous year so they would be accepted into Slughorn's class (which if I recall correctly actually had a lower entry requirement than Snape - a fact which benefited Harry!)

I think there are a few possibilities here.

The first possibility is that Snape could have fudged it as @Liath suggested in his answer. However, the OWLs were external exams marked by external examiners. Although Snape has influence over the teaching of the course, the actual examination was done independently (similar to the GCSE system in UK which Rowling was clearly basing it on). So although Snape could in theory have altered the marks, I don't think it seems likely.

The second possibility is that they got the grades required to enter the class. Whereas Snape was strict about only accepting students with an Oustanding in their OWLs, Slughorn accepted people with Exceeds Expectations. It is possible Crabbe and Goyle got this qualification. I've three reasons for suspecting this.

Firstly, as is clearly demonstrated in the final book, both Crabbe and Goyle become very proficient in the dark arts. They clearly have the ability to learn advanced magic and the patience to get better at it. The books and movies often portray them as being bumbling, but they clearly have some ability.

However, Snape had pointed out in the past that Potions is not like the other branches of magic. It requires much more concentration and patience, which brings me on to my second reason. They aren't very imaginative and follow Draco Malfoy's instructions like gospel. This suggests a complete lack of independent thinking. Whilst they would never be the equivalent of the Half Blood Prince, inventing and brewing their own elaborate Potions, it does seem plausible that they could follow instructions to the letter as would be required in a Potions classroom. Their lack of imagination might even help with this, as they'd be determined to only do whatever they were told (or rather, whatever they read on the ingredients/recipe sheet).

However, I don't really agree with either of these first two reasons. In fact, it's mentioned at times in the books that they struggle with even basic potion brewing and that Snape, showing his favoritism, chooses to overlook their incompetence and instead focus his wrath on Harry, Ron and Hermione.

Therefore, it's this third and final reason which makes me think they could have gotten Exceeds Expectations - Harry and Ron did. Sure, they had Hermione Granger, the smartest kid in the history of anything helping them, but we see regularly in the books and films that neither of them are particularly academic (and especially not Ron, who has a fair few "dopey" moments throughout the books). They both tried hard for their OWLs though. The Order of the Phoenix actually has a passage where it mentions how even Crabbe and Goyle were seen studying, so clearly they are trying hard too. Given their adoration of Snape, it seems very plausible to me that out of all their OWL subjects, Potions would be the one most likely to receive attention in their revision - and thus is also seems possible they legitimately scraped the grades necessary to task the class.

Ultimately, I think that in the books and movies it causes a few eyebrows to be raised seeing them in the NEWT Potions class, but it was good for the plot and kept them around as Malfoy's sidekicks. Obviously that's the real reason Rowling included them in the class, but when trying to argue how they got in in the fictional world of Hogwarts, I think the most likely reason is that they did just enough to get in and no more.

12
Does Harry's cloak make the wearer invisible to all charms and spells?
11
Were Ginny Weasely and Harry Potter in a relationship before Deathly Hallows part 2?
8
Why were only the girls attracted towards the Amortentia?
12
What did Hermione see "with her own eyes" in Borgin and Burkes?
4
Why is it necessary to get Slughorn's memory?
71
Why didn't Voldemort create a seventh Horcrux not knowing Harry was one?
9
How did Snape allow his old advanced potions book to be used by Harry?
4
How did Ginny get out of the ring of fire during 'The Burning of the Burrow'?