How much money did Walt earn?

In S5E8 of Breaking Bad, Skyler takes Walt to a storage locker and shows him the enormous pile of money he has earned. I spent some time trying to calculate the total amount. By my math, the pile is roughly 5000 stacks of 20s, 50s and 100s, but I'm having a hard time determining the ratio of each type of stack.

Has anyone else tried to calculate this amount?

Bon Gart's answer is correct. The viewer is supposed to be overwhelmed by the size of the pile. By not revealing the amount it's left to the viewer's over-active imagination to guess. Even Skyler doesn't know how much is there, when asked by Walt she replies:

I have no earthly idea. I truly don't. I just stack it up, keep it dry, spray it for silverfish. There is more money here than what we could spend in ten lifetimes. I certainly can't launder it, not with 100 car washes.

But this page gives estimates that vary wildly based on the denomination. The lowest estimate is $15,000,000 but more realistic is between 17 and 25.5 million. The wildly high estimate, if they were all $100 bills (which they're not) is $80 million.

A normal person (with non-drug related employment) will never see a pile like that. But here is a side by side comparison of Walt's pile (left) and an actual drug cartel's seized money pile (right) totally $205 million.

Walt's pile is less than half that size

This has recently been answered in episode 14 of season 5 "Ozymandias". Walt reveals to Jack that the buried barrels contain $80 million and offers it in return for Hank's life.

A pattern you will see in movies and television shows, is that if the viewer is exposed to an item in a large quantity, but not informed exactly what the quantity is, then the viewer not meant to know what that quantity is.

For example. In the Walking Dead episode "Clear" (S3, ep. 12) we see Rick stuffing weapons and ammunition into bags. We are not shown exactly what weapons, and we are not shown how much ammunition. Why? Because the actual amount of bullets fired from those same weapons in the future will most likely be far more than the amount that would have been carried in that bag. Sort of feeding into a variation of the Bottomless Magazine trope. This isn't the first time Rick had stuffed a bag full of weapons either, or that said bag had been an important part of the plot.

The point here is that you are shown a pile of money. It is meant to look like an overwhelming amount. You are not told the exact amount for multiple reasons. For one, it adds to the mystery and sense of "Wow"... aka That's a buttload of Money! For another, as long as you don't know exactly how much is there, money can always be pulled out of the pile to pay for something... providing a seemingly endless supply.

Once you know the amount in a pile (of money, or of ammunition, etc) you start to see the limits of that quantity. An example of how this works in reverse (and against the plot/characters in a movie), examine the Explosive Arrow Tips from Rambo II. 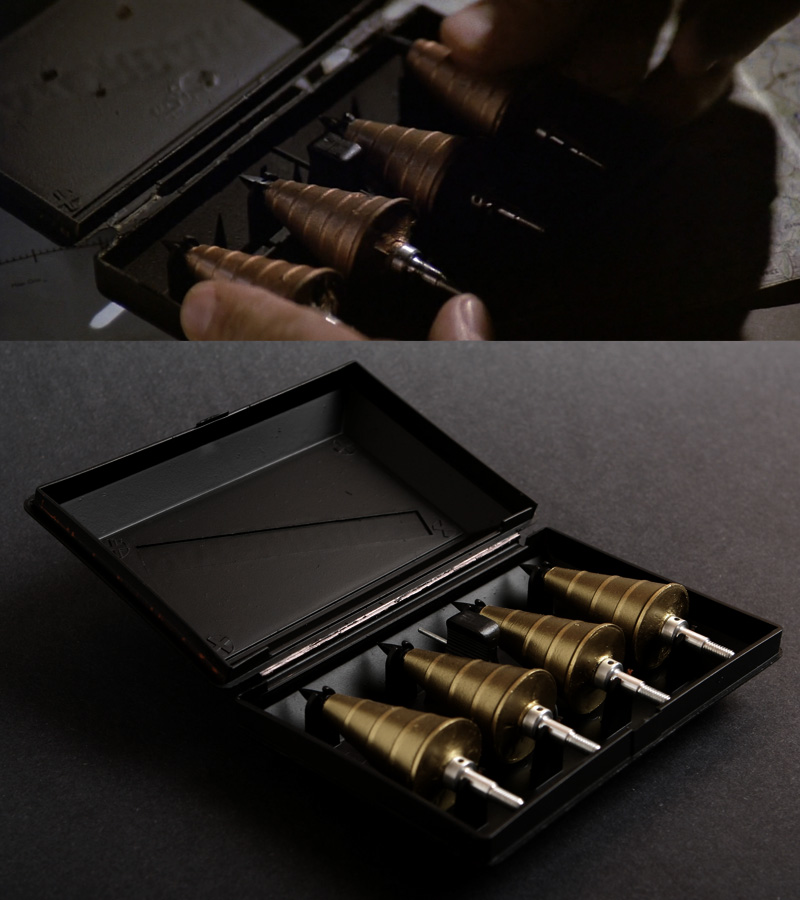 You are only shown one box during the montage where he loads up for the mission. You do see him cutting away equipment left and right when he is hung up on the plane, but when it comes time for him to start using the arrows, he fires off far more than just four. It is possible that he loaded up with more than four, and it is possible that he didn't lose all of them when he cut away the equipment, but the viewer is still left asking the question "Where did he get all those explosive tips? He only had four." If he had been shown a demonstration of how they worked, and a large stockpile of them before he loaded up, and we were left guessing as to how many there were, then we wouldn't have felt the need to disbelieve.

20
Why do they often hide the money figures in TV and movies?