The conclusion of The Quiet Earth (1985) has Zac pushing the explosive detonator button just as the sun experiences its "effect" probably from the distortion of time and space. (See the finale beginning at 1:22:45 on Youtube.)

At 1:24:41, he wakes up completely unharmed, presumably spared of death (again) by "dying" during the effect. The world has changed, but he seems the same—confirmed well into the end credits (1:26:05) since he still has the dictation recorder.

The world he is on strongly resembles Earth as far as we can see, except for the water spouts and ringed planet which rises as he watches.

The Wikipedia article has a mild attempt to explain the ending from the director's DVD commentary: "[T]he director suggests a recurrence of The Effect because of Zac's second death. But he also allows a lapsed-Catholic colleague's idea of a second term in Purgatory. In any case, he says that 'a little obscurity' is a good thing."

This doesn't seem like a "little obscurity". Instead, it is a major puzzle!

We still don't know what happened to everyone else: this time it seems likely he really is alone since Joanne and Api were safely far away from the explosion.

Is he on Earth? Did the planets get rearranged? Has the "effect" ended?

While I am all in favor of some obscurity to make me work my brain, I saw this when it came out 28 years ago and still am no closer to any explanations.

This is a great question, a great film and classic puzzle for most sci-fi films that challenge the human condition.

You Have To Understand Zac

Zac commits suicide at the start of the film because he feels very depressed from his involvement in project Flashlight. He fears that the experiment will have dire consequences and he can't live with that guilt. He suffers from a social detached personality, is divorced and has a problem getting along with other people.

This is important, because Zac finds himself in a world where he thinks he's the only man alive. What starts out to be the ideal world for him to live in turns into an endless hell as he discovers that he hates being alone and starts to go crazy.

He changes into a person who needs to be with someone and this is when he finds Joanne, falls in love and has a chance at happiness.

Api shows up and Zac realizes he hasn't really changed. People find him difficult to get along with.

What Is The Effect?

Project Flashlight was an experiment to create a grid around the Earth that would wirelessly power military devices. The experiment was computer controlled, and Zac is almost certain that Flashlight is the cause of The Event. He discovers that the grid is still on and that another event is going to occur. Except this time it will be bigger.

There was an unexplained connection with the Sun. Something they didn't expect and the grid interacted with the Sun to cause the effect.

Prelude To The Ending

Zac comes to realize that everything related to The Event is his fault. His difficulty getting along with people, his feelings of guilt for his involvement and a life of feeling depressed. His act of destroying the research center is an attempt to atone for what he has done.

So we have a person who hates being with people, is the engineer who works on project Flashlight, who kills himself at the exact moment The Event happens, then he wakes up to find himself alone. I don't think this is a coincidence. If you can accept that Zac and The Event are somehow connected, then the ending makes more sense.

Zac drives the truck full of explosives to the research center, but before he can enter the compound the truck collapses into the ground and falls into the control room. This is the only indication in the end that something went wrong. Had the truck not gotten stuck he would have been able to drive into the compound and destroy the dish before The Second Event happens.

Just before the truck falls in, Zac closes his eyes and says "f#ck!". He knows he didn't make it. 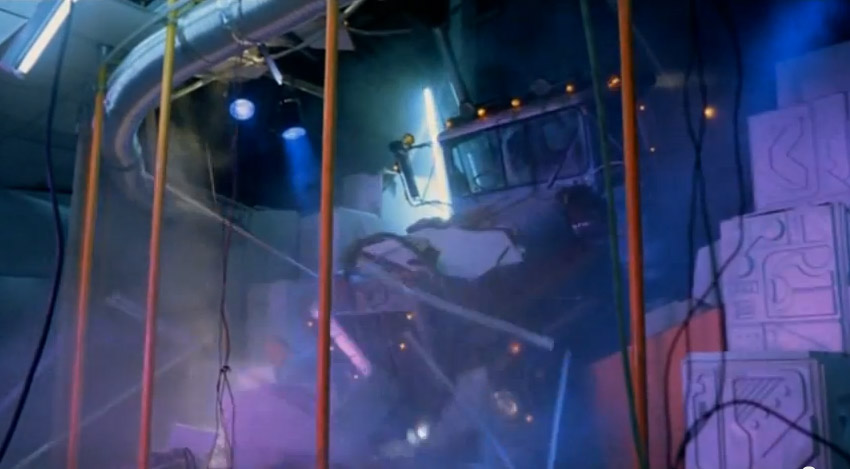 Joanne and Api cry out "It's started!" as the effects of the event begin to be felt, and then Zac presses the button to trigger the bomb. 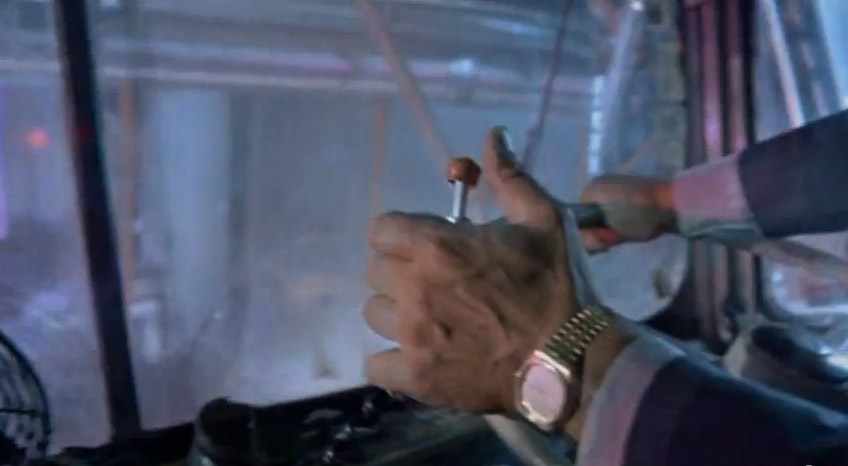 It's too late! The Second Event triggers and we see a quick flash of the sun. Followed by the explosion triggered by Zac. In that order. Had the explosion stopped the event the sun would not have flashed. 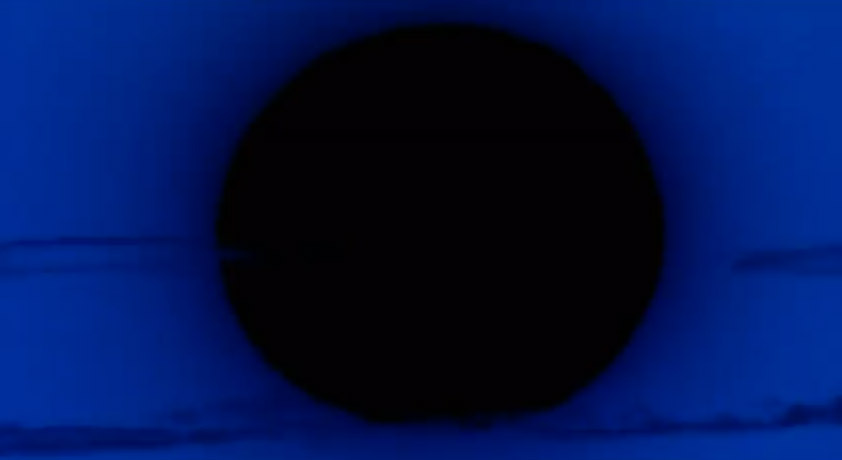 Joanne and Api are now gone (or are they? see at bottom)! Just like the first event. All life on Earth disappears, and just like the first event Zac has killed himself. He has committed suicide. We know he is dead because we watch the research building go up in the explosion, but we don't see what happens to Joanne and Api. That part is left ambiguous, but I'll try to explain why lower down.

The next thing we see is the "tunnel of light", and then Zac wakes up on another planet. 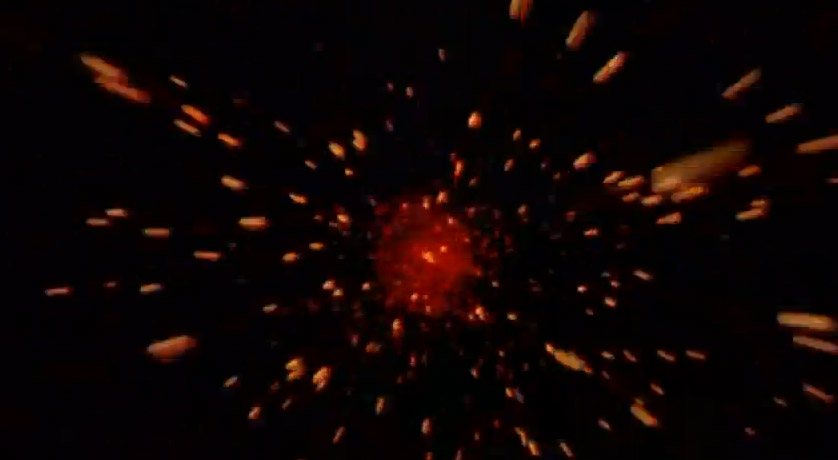 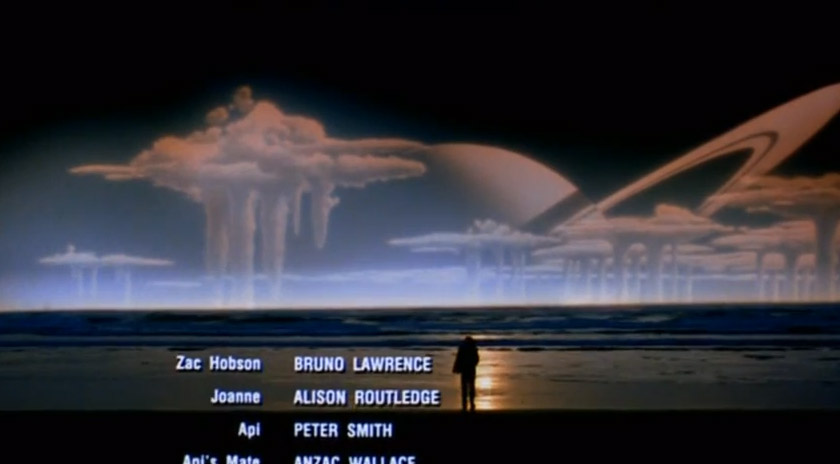 The very last thing we see of Zac (during the credits) is his face while he quickly looks at the readout of the device he uses to measure the event, and then he looks out to the sky in horror and awe as he realizes he is no longer on Earth. 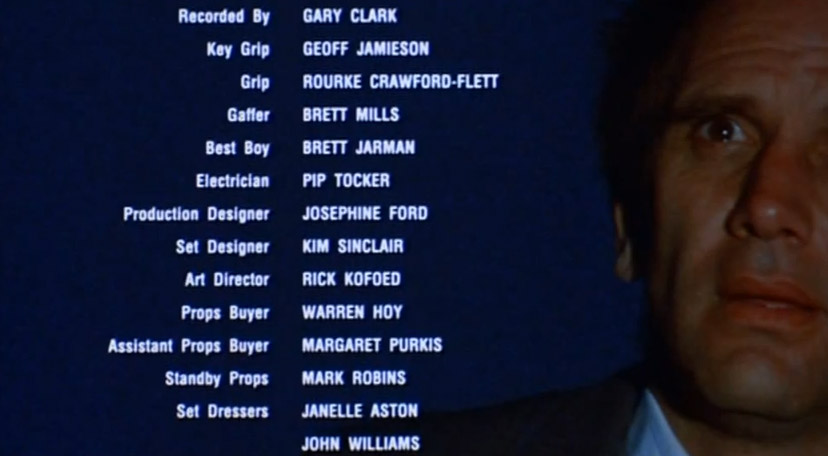 Zac has always been dead.

Catholics believe that if you commit suicide you go to hell.

Zac commits suicide at the start of the film, and wakes in a world that is perfect for him. He hates people and there aren't any. What should be heaven turns slowly into hell as he realizes he needs people to survive.

Joanne is introduced, he falls in love but loses her to Api.

Zac commits suicide a second time, and wakes up on another planet. He realizes in horror that he has not died (again), but this time there is nothing. There are no cities, there are no houses to ransack, there will be no women to keep him company and there will be no men to talk with. His hell has gotten worse.

Zac is living his afterlife in Hell, and each time he commits suicide his Hell gets worse. It's a sci-fi abstract take on the Catholic values of suicide and afterlife.

About Joanne and Api

I've always taken Joanne and Api to represent Adam and Eve in paradise. Zac represents the evil in paradise, and when the second event happens evil is expelled from paradise.

Depending on which perspective you take. It's up to the viewer to decide their fate. If the two represent Adam and Eve, then they survived the second event to repopulate the Earth. If you are non-religious then they disappeared like all life did in the first event.

All the survivors in the film were people whose death was a sin. I would say that Joanne and Api were real people, but we can assume they too were in the afterlife.

The question of "what is the afterlife" in the context of the film is never explained. It's simply shown that it's relative to the characters.

It is obvious from the way the movie is scripted and made, that the writers and the director do not want to provide any satisfactory answers to questions such as this. For one, it is never explained what the effect really was. We just know that the protagonist was near his death experience and seemingly survived. And that several of the physical characteristics of the world have changed.

Personally I think that death plays a major part in the story and answers from the film. Characters about to die are revived, while the rest of life forms have seemingly vanished. Taken from a sci-fi perspective, it becomes difficult to believe that a series of events related to a global energy grid could disorrient the universe itself (as seen from the last scene showing the planet) because there is no explanation provided. The director's reference to religion is equally baffling. Clearly, there is no hint or hidden answer to be found.

Simply put, there is no conclusive material or answer to this question. It simply is a story. You cannot know or speculate about things not in the story.

So the film is in three parts: 1. the before, which is portrayed is flashbacks, 2. after the event, and 3. after the "second" event, presuming the first event in the film was the first ever.

The before is portrayed as a normal life in a normal planet earth, and some scientists experimenting with some new form of power distribution.

In that period Zak was actually committing suicide so should be dead now. As should the two charaters.

After the first event there only seems to be plant life. I didn't see animals or even insects.

Also there was no rain or bad weather of any kind. Zak was walking around in almost no coverings, so this is warm climate. Quite idyllic really.

Zak was saying that the electron unit charge was fluctuating yet electronic devices seemed to work fine.

So the laws of physics are changed, by this seems to have no effect on local stuff, other than perhaps the Sun.

So I think it's fair to say this is not anything like reality more like a dream or hallucination, but not too far fetched from the original reality.

Then the final act of the film is still reasonably normal and idillic. Zak is on a beach.

But he is clearly not on the earth of the reality he came from.

There are no beaches, clouds of breatheable atmoshpere on any of Saturns moons so it's not there.

So after the event he believes it caused the reality he is now in. After his suicide.

So I think this must be his experiences after his own death, and not a cataclysmic event which wiped out all living stuff.

I think the second death of Zac put him in another Universe. I always thought when seeing this very good film, that, in death, you are with the ones youdied with at the same time. So, Zac was alone at the end.

WHY SATURN? The "planet" Zac wakes up on in the final scene is obviously a moon of Saturn. Duh. OK, so which one? And why Saturn? You have to learn abou the saturn-moon-matrix, and its relatinship to electronic signals (hence the "effect" and the focus on the antenna that has to be destroyed to turn off the signal - from Saturn).

What has happened is that the hypnotic signals from Saturn were turned of when the bomb exploded in the end and Zac was exposed to the "true" nature of reality on Earth.

Not the answer you're looking for? Browse other questions tagged analysis the-quiet-earth .

9
What do the colours in the different areas in The Cook, The Thief, His Wife & Her Lover signify?
8
Is the Land of Ooo really a post apocalyptic Earth?
14
Tetsuo: The Iron Man, Analysis, Interpretations and randomness
0
Why do most movies/series don't have the 'I have to go to the toilet' moment?
13
What was the conclusion of Batman: The Killing Joke
6
Are there any ice hockey movies where the team loses the big game?
8
Why is Supergirl's earth numbered 38?
7
Is Marvel Cinematic Universe Earth-199999 or Earth-616?