Was the Gotham Hospital scene a goof-up?

OK, I read it on Facebook, but don't know whether it is true or not. The scene in The Dark Knight where the Joker blows Gotham Hospital up was initially not according to plan, but Heath Ledger improvised with his skills. So, initially when he presses the button a very small explosion happens. Then we can observe that Heath Ledger gets confused (which does not look like he is acting to some extent to me) & then presses the remote multiple times. Then suddenly the whole thing blows up, Heath is definitely taken for surprise here.

So, just wanted to know whether there is any proof whether all this was part of the script or was it a goof-up covered up by Heath?

Had a look at the special features on my Blu-ray of The Dark Knight (Special Features, Focus Points, Hospital Explosion), how the scene was planned and filmed is described in some detail.

The scene was shot essentially as it appears, the only computer graphics used was the addition of two rows of glass windows at the top of the building. The delay between the two explosions was deliberate, this was to allow Heath Ledger to be much closer to the building. 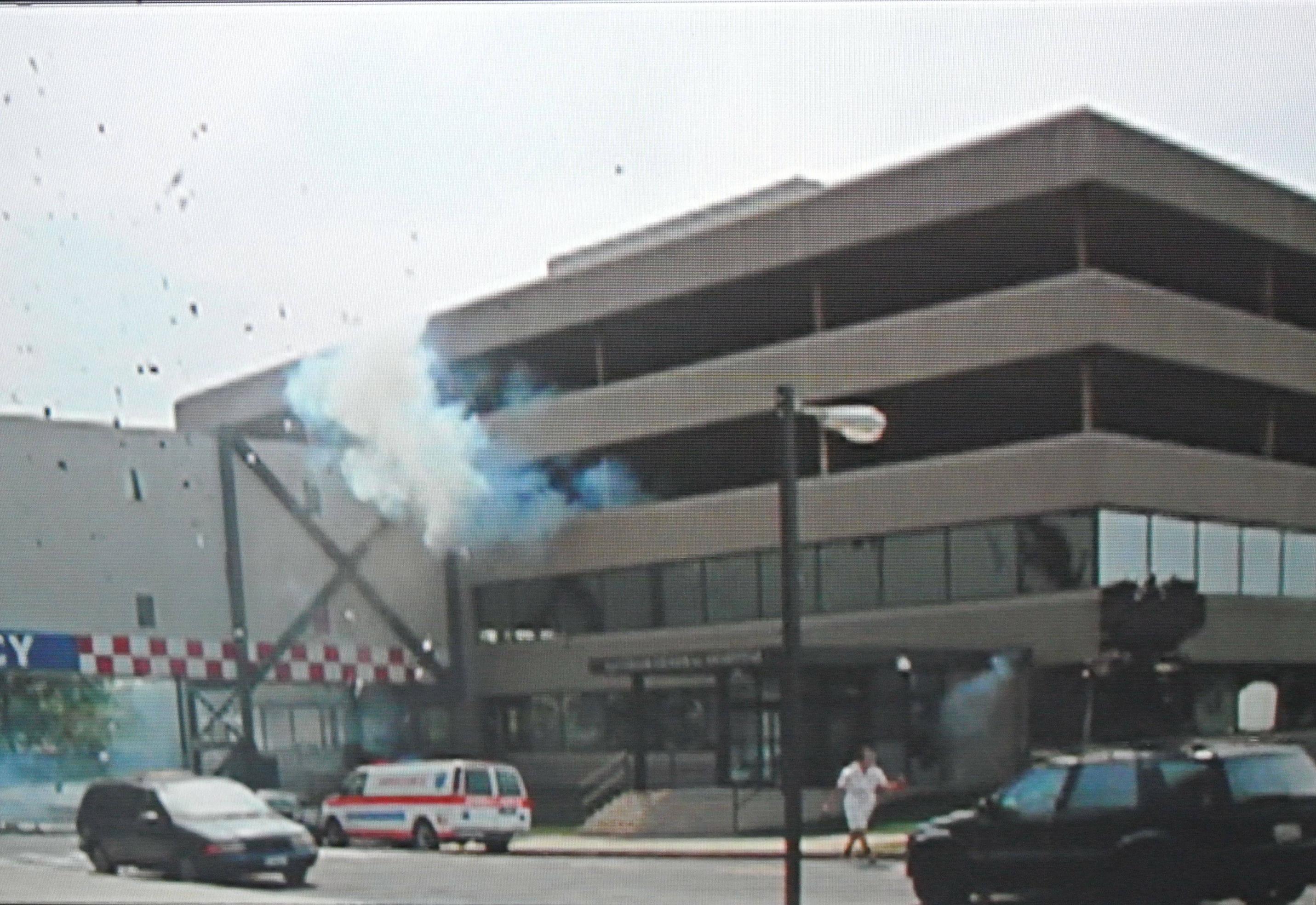 The debris that you see flying around is actually pieces of soft cork, fired out of metal drums. The flying glass is stunt glass / breakaway glass, with each window shattered individually with its own charge. 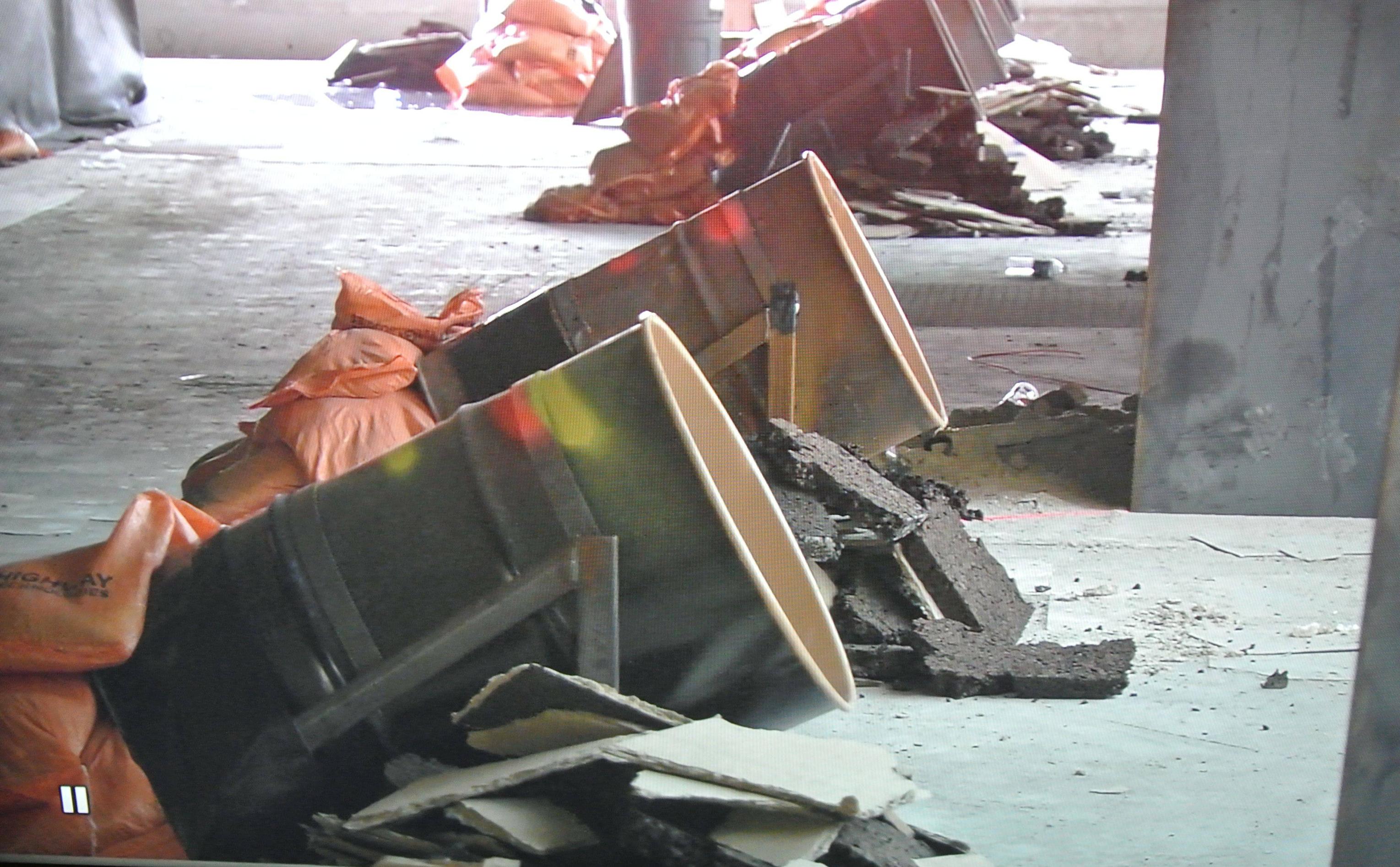 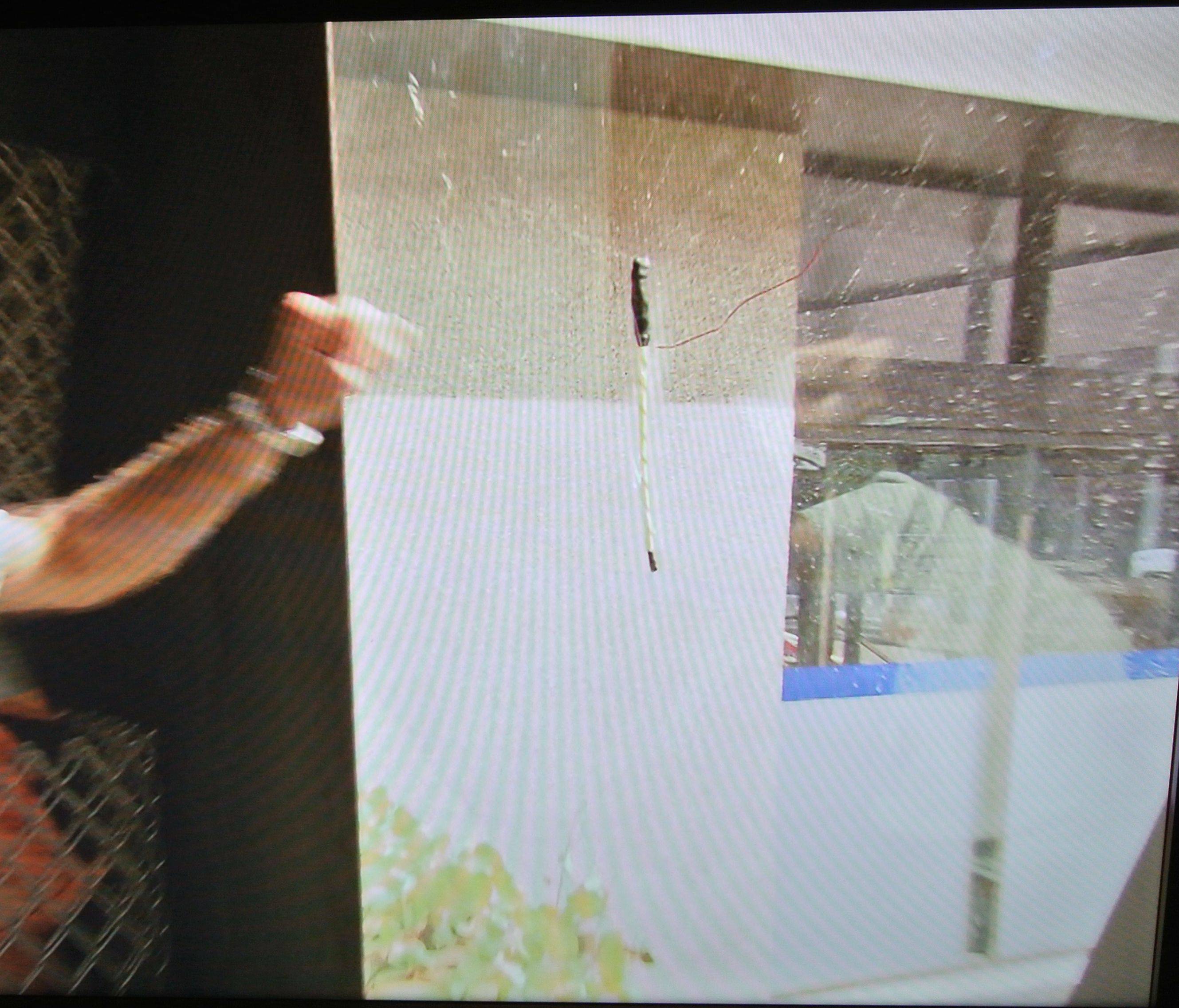 The Focus Point doesn't explicitly say whether or not fiddling with the remote was Heath Ledger's idea. It does say:

We rehearsed endlessly with Heath that morning. We walked him out, got him to do exactly what he was going to do, Chris Corbould [special effects supervisor] calling the explosions, where they would take place. We rehearsed it, I think, about twelve times.

So if Heath Ledger did improvise with the remote, it sounds like he did it in rehearsal rather than on the spot with things exploding all around him.

I'm thinking this is urban legend, only because it's hard to believe that the scene was not the product of special effects.

When he presses the button, Ledger has just exited the hospital and is still very close to it -- within a distance that has to be much closer than he would ever be allowed to stand while filming, due to danger from flying debris, broken glass, and other hazards. It seems impossible that the film's insurers -- let alone other safety-conscious bureacracies, not to mention common sense -- would allow the scene to be filmed truly as it appears.

I would guess that the demolition of the building was filmed separately from the part where Ledger appears to be pressing the button, and then the two were combined, probably using blue-screen or similar technology. So the crew probably had a chance to watch the demolition film, noticed the delayed explosions, and then had Ledger incorporate the frustrated button-pressing.

From everything I've read of this scene, I can't find any official sources.

But what there is a common consensus.

Obviously, due to the nature of having an abandoned building given to the production crew, the explosion scene had a one chance deal and one chance only to get the scene proper. Not exactly within the production budget to blow up a building and rebuild it should you need to shoot the scene again.

During his individual part, Ledger pressed the button and the explosion was set to go off from that. Obviously, murphy's law seemed to happen and that wasn't the case. But instead of calling cut or waiting for a production crew to cue him into when it'll actually happen and have the scene be edited, Ledger stayed in character and did what the Joker would do: Fidgit with the thing until it actually worked.

I wish I could find some official sources on this to further prove this point but that seems to be the case, he covered up for a improperly timed explosion with one of the greatest scenes of the movie.

Not the answer you're looking for? Browse other questions tagged the-dark-knight .

4
What happened to the missing hospital bus?
41
Who was the fifth one that was killed by Harvey Dent in The Dark Knight?
15
Did Nolan deliberately do the Joker fall scene in reverse to Burton's version?
10
Was the improvement to Batman's suit actually noticeable?
2
How did the Joker plant bombs in the hospital?
6
Are there different cuts of the ferry scene in "The Dark Knight"?
1
What hits Joker's thug in the bus scene?