May the lead role actors be used to fill spaces if needed?

Several scenes in a movie require a lot of people to appear on-screen. For example a scene of a party where it needs a lot of people to appear together. I heard crews of the production unit and even often their kith and kin are used to fill the space as random people. Now my question is are heroes or heroins who are cast as lead role in a film used to fill the space if they don't have direct shots in that particular scene?

This question popped into my mind when I saw a picture in Facebook where the uploader claims "Heath Ledger" is used to fill space in a scene in "The Dark Knight". Here is the picture he uploaded: 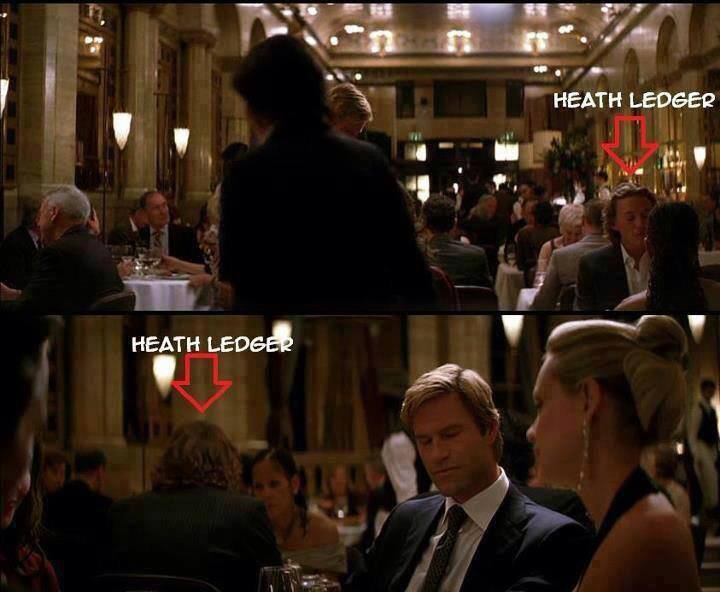 no, not unless they do not have a direct shot. The ramifications of having something such as this - the joker being open, without makeup in Bruce's hotel? Unless this was all done deliberately (if the picture is true).

Normally if such people are used as extras (they are used a lot of times) the editing department works hard to check that their faces or bodies do not appear in any recognizable way for the audience who is seeing the edited film.

14
What is the science behind making actors appear different?
10
Actors acting the real actors inside a movie?
55
Do the actors really go nude in the shooting of the movies?
3
What is the mirror half-moon object used in production?
8
Is High Frame Rate (HFR) being used for films apart from The Hobbit?
8
What techniques are used to film the twins in Quantico?
16
Are lights a worthwhile investment?
8
How to go about a dialogue scene when it comes to the actors speaking?
8
Were four actors initially cast for the role of Tony in The Imaginarium of Doctor Parnassus?
4
Why is audio so often out of sync when the actors are filmed from behind?