Why is Jesse alarmed to see Cid?

I am referring to the scene where Jesse, the Gat Man, was releasing Sara who was held at gun-point.

A moment later, Cid can be seen walking down the stairs (maybe because of the commotion downstairs). As soon as Jesse senses a figure coming down the stairs, he points the gun at him. In a jiffy he draws his gun back, almost in a surrendering "hands-up" gesture, a look of horror mixed with shock/surprise spread across his face.

This is his expression on seeing Cid 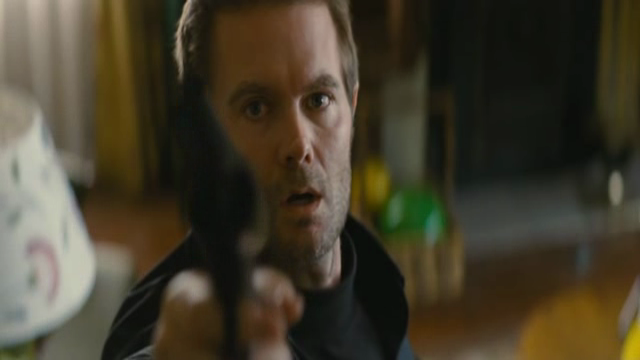 In the ensuing commotion Cid starts to tumble firing up his abnormal TK power. 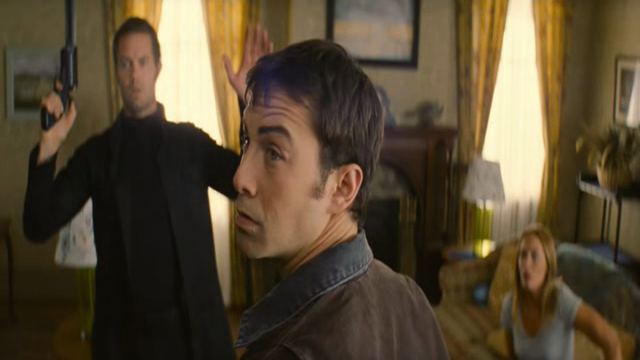 Now I can't understand why does Jesse get alarmed on seeing a kid (assuming he doesn't know who he really is i.e. The Rainmaker). IMO, a suitable reaction on sensing that its just a kid, would be point the gun back at Joe. Why the shock and awe?

Jesse was not just a hired killer to say, but he had some morality. He was talking about taking things outside, and was listening to the argument. When Cid comes down, Jesse points the gun at him as a reaction. When Cid sees him, he is startled and slips and falls down the stairs.

Jesse is surprised because Cid is just a boy and he did not want to point the gun on a kid. Also, he is slightly horrified that he startled Cid into him falling down the stairs. That's why he hastily took down his gun.

Per se, Jesse was an enforcer, not a bad guy.

Not the answer you're looking for? Browse other questions tagged character plot-explanation looper .

22
Why are loopers required to kill themselves?
4
Why is it that the police are helping track down Joe in Looper (2012)
26
Why didn't Jesse shoot Walt?
2
Why does Jesse suggest that Beca pushes everyone else away?
8
Was Jesse a true drug addict?
5
What is up with Jesse and kids?
5
Why do the Rainmaker's henchmen carry guns if murder's impossible?
3
How could Jesse do this?
4
Why didn't Jesse kill this character