In The Godfather, Part II, it is shown that Vito Corleone's olive oil business is called "Genco Import Co." 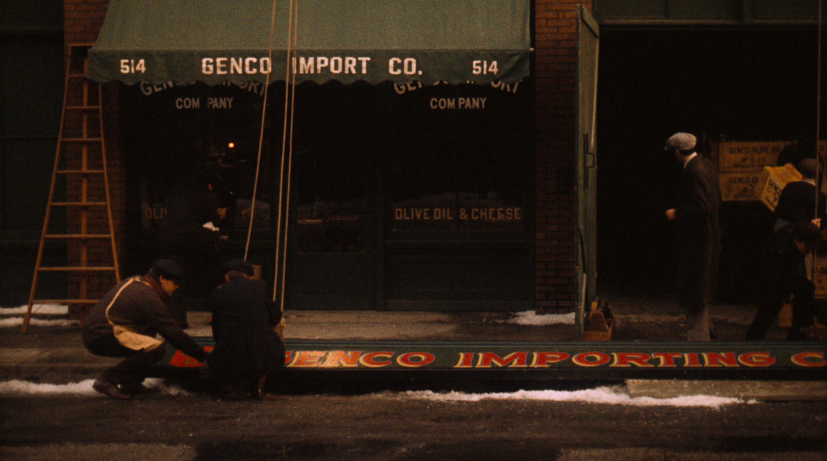 However, near the end of The Godfather, there is a sign outside his house as the family is packing up to move to Las Vegas that says "Genco Land Co." 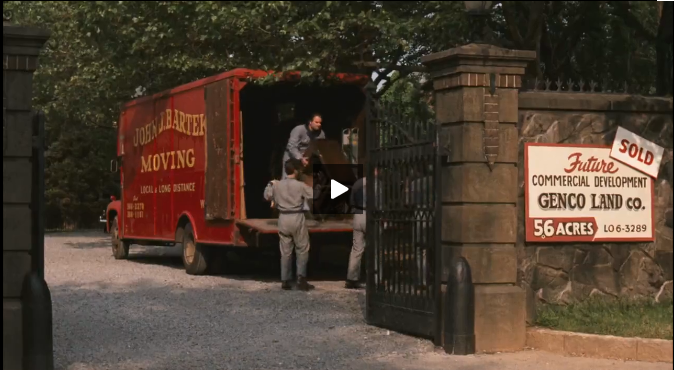 Now, it's strange that there would be a sign for "Future Commercial Development" outside this house in the first place, because as we know the house passed down to Frank Pentangeli. What's more interesting to me, though, is that these two companies have the same name. I thought it might just be a Hollywood stand-in for "Generic Company", except that the name has a real background to it -- it's the first name of an old Corleone family friend. Did the Corleone family have interests in real estate as well as in olive oil?

I believe the appearance of the name "Genco Land Co." is meant to show how the legitimate-business front for the Corleone crime empire has grown from its relatively simple beginning as the olive-oil import company to a diverse web of businesses under the Genco name.

So IMHO, the answer is yes: at the time of the move-out depicted above, the Corleone family's Genco operations include interests in real estate as well as in olive oil -- and presumably in other businesses, too. This parallels Vito Corleone's rise from a young man with nothing to a powerful player rich enough to own things like the mansion seen above.