Did all of Robb's army come to the wedding?

In S03E10 of Game of Thrones, we can see a fight outside of the Twins. The men of House Frey are killing Robb Stark’s army. 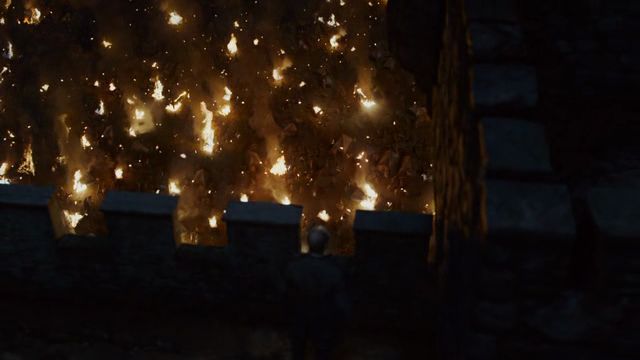 Did his complete army come to the wedding, which would mean that all of his bannermen are dead now? Or was this only a part of his army out there?

When Roose Bolton and Lord Walder Frey talk about the happenings of the Red Wedding, Bolton mentions that the Blackfish could escape. I guess he refers to Brynden Tully. As Brynden Tully left the room shortly before the massacre ("I need to find a tree to piss on."), he probably only managed to escape alone, not with any men.

Did Roose Bolton had any men with him as part of Robb Stark’s army? If so, were they inducted (and did they help the Frey’s killing outside) or were they killed by the Frey’s, too?

Robb's plan was to finish with the wedding business, get Walder Frey's men, and attack Casterly Rock as quickly as possible to undermine the Lannister's power (the plan he hammered out with his mother earlier). For that reason Robb brought the majority of his fighting force with him to the Twins. He still has several bannermen strewn across the North and the Riverlands with their own pockets of fighting men, but Robb's major standing army died with him in the Red Wedding.

As mentioned above, Brynden "The Black Fish" Tully is still at large and you can assume he has command of what remains of the Tully levies in Riverrun. In the books we see a few more. Up North, elderly Lord Manderly still sits in White Harbor, and the Umbers and several other noble houses may have lost their lords in the Red Wedding but they are still loyal to the Starks. In the Riverlands, several houses are still loyal to the Tullys chief among them House Blackwood.

As for the second question, in the books it is explicitly shown that Bolton did indeed have his men with him. They joined the Freys in massacring Robb's men.

Did all of Robb's army come to the wedding?

No. However, the grand majority did, meaning the events of the Red Wedding essentially ended the North's resistance.

The page linked above has a list of the location of all characters according to the book who were killed/captured at the Red Wedding. From the page:

Though no definitive count is known, most of the northmen are killed while House Frey loses only approximately fifty men in the camps, as well as Ser Garse Goodbrook and Ser Tytos Frey, both of whom are killed by Sandor Clegane.

The list of absentees from the wedding reads as follows:

Perwyn, Olyvar and Alesander Frey are all noted as absent. It is believed they were too sympathetic to Robb Stark and his comrades to be involved.

Ser Brynden Tully stays behind in command at Riverrun to defend the Riverlands as Warden of the Southern Marches, with the aid of the River Lords.

Now, the first two collections of people were never in Robb's army, but Brynden Tully is a notable absentee.

Also, when dealing with the aftermath:

The Red Wedding brings an end to the northern rebellion, with Roose Bolton being made the Warden of the North for his aid in it, and several great benefits befell House Frey, including the lordship of Riverrun. However, it also destroys what honor is left in the house, as they violated one of the oldest and most sacred traditions of old, the guest right. This leads to antipathy and disgust towards the house by most Westerosi, including their own allies. Additionally, though no other house has dreamed to repeat the breaking of the right, it has left a more lasting stain on the ancient guest right, with safety and security in a strange castle no longer being considered guaranteed.

Since the Red Wedding, several of Lord Walder Frey's kin have been killed by the Brotherhood Without Banners, northmen such as Wyman Manderly or the "Ghost of Winterfell" in retaliation. Perhaps ironically, more Freys have died due to the repercussions of the Red Wedding than during the War of the Five Kings.

So although his army was defeated and his resistance destroyed, there were other Northmen and clans who survived and put up a resistance - but again, they weren't really a part of his army to begin with.

Interesting though, it's worth pointing out (especially since this is Movies & TV) that unlike the novels, in the TV Series Jon Umber is not present at the wedding. He was liberating the Riverlands during Season 2, but as per Bryan Cogman (one of the producers of the show):

well, keep watching! But he wasn't captured at the [Red Wedding] in our continuity.

We can safely assume that any major army of Robb's is effectively dead at this point.

With his murder and the murder of his bannermen present at the wedding, combined with Eddard's death, Catelyn's death, the (false) common knowledge that Bran and Rickon are dead the Lannisters have now "won" the War of the Five Kings.

While it's safe to say Robb's entire army did not come to the wedding, they may find it pointless to continue on without leadership and fear for their lives now that such a sacred oath (Guest Right) has been broken and shown that the enemies of the Starks will cross any line to defeat their enemies.

Going off the tv show, I don't think the Northern army was killed, I think they were scattered without leaders. After the small council meeting, Tywin tells tyrion something like "why is it more noble to kill 10,000 men in battle instead of a dozen at dinner" ...

Two major north houses don't suffer losses: the Kastark and the Bolton (both enemies of Robb but northeners nevertheless) and in the beggining he not bring the entire northern forces with him, only a half or less (other discussion, the north have a potential force of 45.000-50.000 men, Robb bring 18.000 at the begining of the campaign). The war of independence of the north is over, between the losses in battles, the Red Wedding, the treason of the Bolton and the Kastark (who left with almost half of the original army), the war capacity of the North took a heavy hit but is not destroyed, the North remembers. Maybe a strong leader can reunite the north bannerman, add some fierce wildling warriors and have the right to the throne (with some aunt with dragons, dothraki and unsullied). Who can he be?

14
Why is the purple wedding called purple wedding?
24
Where did the pardon come from?
35
Where does Stannis's army come from in S04E10?
3
Details on Roose Bolton's betrayal
5
Did Aegon have an army?
24
What did Catelyn Tully see on Roose Bolton's hand before she slapped him
4
What did Ned forbid?
19
How did this army get here?
22
Did winter finally come to Westeros?
16
Where did the horse come from?