Is this the biggest age gap between romantic leads where the actress is the older? 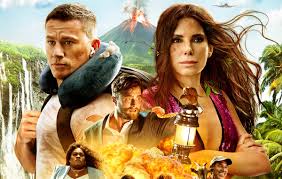 The Slate (amongst many other sources) has analysed the entrenched tendency of Hollywood to cast older male romantic leads opposite younger women - sometimes much younger.

There have been many romantic movies where the male lead is far older. Is this the biggest age gap between romantic leads in a movie where the actress is the older? I am interested in the actual age of the actor/actress pairing, not the character's implied age.

Based on some interesting responses below, I am looking for couples where in-movie the age gap is seen as immaterial and hardly commented on, as in the many cases where the male lead is up to 30 years older and none of the characters react negatively or critically to the age gap.

The only indirect reference to the age gap in The Lost City is an exchange between the two leads as they try inexpertly to climb a volcanic landscape:

LORETTA SAGE: I'm getting too old for this.

ALAN CAPRISON: You're not old, you're beautiful.

I am going to explicitly exclude answers where there is an obvious generational leap that is part of the plot (e.g. romance between a peer and his peer's parent).

I also exclude answers where there is an obvious power imbalance between the partners that corrupts the romance (the 'gigolo' scenario).

The scenario where the female character exploits vastly greater sexual experience / wealth / mystique to fascinate the younger male is excluded.

casting
Share
Improve this question
edited Jun 1 at 11:11
EleventhDoctor
asked May 25 at 15:10 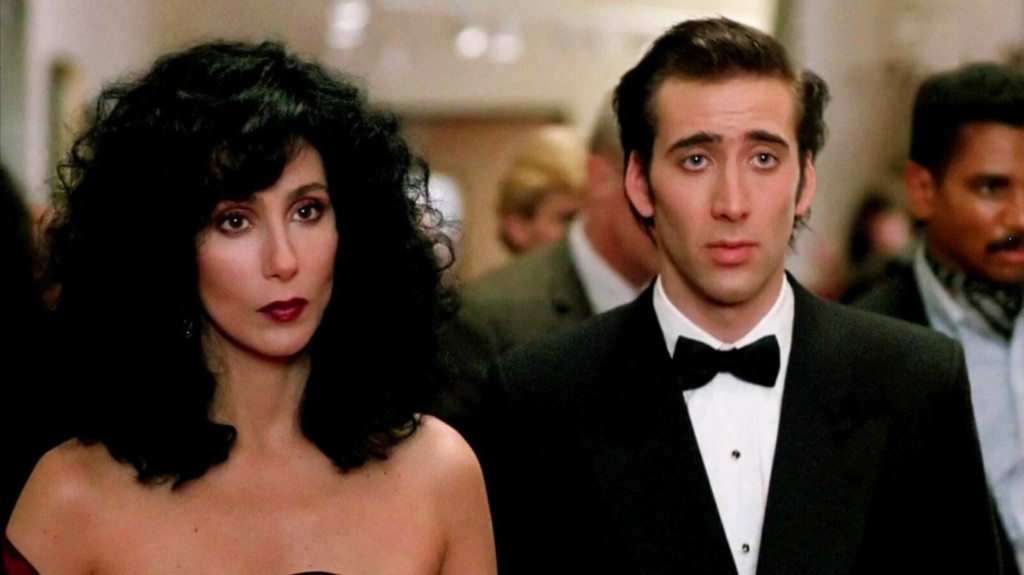 And at the heart of the story, there is Cher's astonishing discovery that she is still capable of love. As the movie opens, she becomes engaged to Mr. Johnny Cammareri (Danny Aiello), not so much out of love as out of weariness. But after he flies to Sicily to be at the bedside of his dying mother, she goes to talk to Mr. Johnny's estranged younger brother (Nicolas Cage), and is thunderstruck when they are drawn almost instantly into a passionate embrace.

I guess Ronny is referred to as Johnny's younger brother, and one might infer that Johnny and Loretta are close in age, but there is no suggestion that there is a large age difference between Ronny and Johnny.

Harold and Maude would be likeliest.

Admittedly a comedy but there is a romantic element.

Reviewer 'Leofwine Draca' notes that West's age is never referred to in the script.

SEXTETTE is a throwback to the early years of cinema, where stars were larger than life and films threw in song and dance routines at regular intervals in the name of popular entertainment. It's also a vehicle for elderly starlet Mae West, at the tail-end of her career, playing a man-eater celebrating her wedding to a young toyboy (a visibly embarrassed Timothy Dalton). [...]

Clearly the director is in love with West and the film has been concocted as a tribute to her. But the format is very odd and old fashioned and West's appearance is rather shocking; her age is never mentioned so it's pretty weird to see her trying to play herself some fifty years previously.

In Adore (2013), Naomi Watts plays a mother who has an affair with her best friend’s 20 year old son, played by James Frecheville, who is 23 years younger than Watts.

For other women more than 16 years older than their male romantic leads, see: https://www.zimbio.com/The+Most+Uncomfortable+Age+Gaps+in+Movies

In American Pie, Eddie Kaye Thomas (October 1980) plays Paul Finch who has a romantic relationship with Stifler's mom, played by Jennifer Coolidge (August 1961), which is a difference of just over 19 years.

Film Stars Don't Die In Liverpool tells the true story of ageing Hollywood superstar Gloria Grahame's affair with a much younger man. Gloria was played by Annette Bening (aged about 59), and her lover by Jamie Bell (aged about 31), a difference of 28 years — which is also the age difference between the characters they portray.

It is somewhat refreshing to witness a May-December romance from an older female perspective and both leads pour their hearts into their roles.

Sunset Boulevard (1950) is one of the earliest movies I can think of where the actress was significantly older than he actor with there being a romantic plot element between the two.

For a difference of 19 years.

3
Chimpanzees in Hollywood? When did it become unethical?