How can Penny afford a one bedroom apartment on a waitress salary?

In The Big Bang Theory, How can Penny afford a one bedroom apartment on a waitresses' salary?

She doesn't seem poor and lives off with free food and WiFi, right? 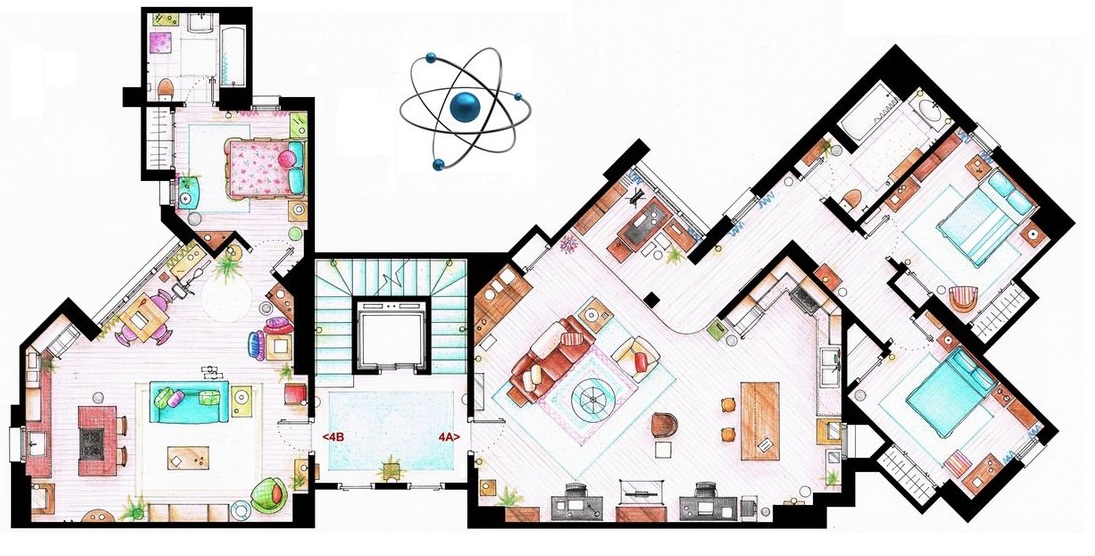 Internet searches for Cheesecake Factory waitress salaries range from $27,000-$33000. This may or may not include tips, but tips are shared with the kitchen. As you note, Penny freeloads quite a bit. Her car has had the engine-check light on forever.

Her apartment is not flashy - the elevator hasn't worked in 7 years. The PhDs across the hall are researchers, not professors, so their salaries may be quite average, and Sheldon keeps a roommate because he needs a driver.

Surely there are plenty of waitresses renting average apartments in California.

On the episode entitled "The Cruciferous Vegetable Amplification," Penny owes Leonard for several takeout dinners plus a month's rent which comes to "a little over $1400."

I found a potential answer to how Penny gets by here which explains a bit about California labour law and factors in the tips she would earn while working at the Cheesecake Factory:

Just because she is a waitress doesn't mean she doesn't make a decent income. I know a waitress at an upscale restaurant that makes considerably more than I do as an engineer. Let's do a little back of the envelope math:

My understanding is that California requires a minimum salary for tipped employees of $8 an hour. That's an extra $16,000 per year.

So, at a gross income of up to $91,000 per year, Penny would be making more than Howard does. Now, to be fair, we know that Penny is not very good at her job, so she is probably not doing that well.

This is a very old TV sitcom question. In multiple shows the protagonists live in apartments that are way beyond their means. Often, the apartments are huge or luxurious and in neighborhoods (mainly Manhattan) where the rents are astronomical.

Sitcoms are farce, not real life. The producers create spaces that are visually striking and easy to film around from one point of view; the camera never moves.

She lives beyond her means because theproducers want her to.

Notice that the Cheesecake Factory where she works is far more low rent than the restaurant is in real life; because the producers want it that way.

Unlike Sheldon and Leonard, she doesn't have student loan debts. She doesn't go out much and when she does, it's mostly to her job (where she gets a discount). Her car isn't new and needs repairs, so she's most likely not paying off a car loan.

In comparison, Leonard's crew go to comic cons, buy movie trinkets, stay up with the latest electronics, have nice cars, probably have years of student loan debts, and also eat out for the majority of their meals. So to live the lifestyle (and probably keep lots of savings) that they want, it makes sense for them to have a roommate.

As it's stated in several episodes, Penny mooches off the other characters. She eats their food and use their wifi. She seems to live paycheck to paycheck, and doesn't have savings like they do.

I work on tips as a bartender, so I understand the struggle.

Not to mention that we later find out in season 8 or 9 (when Penny, Leonard, Sheldon & Amy) play a "truth or dare" kind of game, that Penny has substantial credit card debt that she was hiding from Leonard. And there's no way Penny is making anywhere near 90K or even 75K a year. She might clear 50K if she was working at a really high end restaurant, but she's an indifferent server at a chain restaurant.

12
Why is Penny less concerned about the "check engine" light?

91
Do Sheldon's equations reflect real math/physics research?
24
Big Bang Theory prop on Sheldon's bedroom wall
13
Why do Penny and Sheldon's mom sing "Soft Kitty, Warm Kitty" differently?
8
Who was Penny mentioning in S02E04 "The Griffin Equivalency"?
2
First Big Bang Theory episode with none of the guys in pre-credit sequence
1
Do they really finish plateful of food?
12
What makes the "Tweety Bird saw a Romulan" joke funny in the original version?