Is the 5th game related to a real kids game?

The main pitch of Squid Game is the desecration of kids games into murder games.

There is no ambiguity on this for red light-green light, the sugar game, or the marbles game.

Tug of war can also played by adults, but it's still a kids game.
I don't know of the titular 'squid game', but the show did present it as a kids game.

This leaves the glass bridge standing out.

I've seen this game played in 'Fall Guys', and I can imagine it played in 'Takeshi's Castle/Fort Boyard' type of game, but we are talking adult games here.

Even if kids would want to play a (safe) version of it, it would require too much infrastructure.

I totally understand the entertainment value of the game. And the culling efficiency. But that's not the point here.

Is there any kid game this game could be based on? Maybe specific to Korea/Asia?

The game is likely based on hopscotch which is a kids' game that involves jumping from one square to another.

There are many variations of the game around the world. In the children's game (at least the variation I know), children mark out a court of squares, triangles, and/or semicircles which are numbered. There is no standard shape for the board, so it is up to the children's imagination. An example board is this: 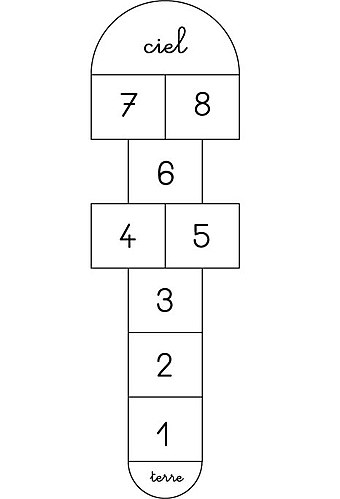 A player throws a marker (which is usually a rock) to a numbered square. The player then must start from the beginning and jump from numbered block to the next number while skipping over the number that the marker landed on until they reach the other side.

This is similar to game five in which the players started on one side of the bridge. They then jumped from one glass square to the next, skipping squares that were brittle (or in most cases already broken by other players).

In South Korea it's called "sabangchigi" which seems to be played relatively the same way.

@BCdotWEB answer brought up a game called Stepping Stones in which bridges across various terrains. The bridges are made of stone and one must walk or jump (depending on the spacing) from one to the other in order to cross. 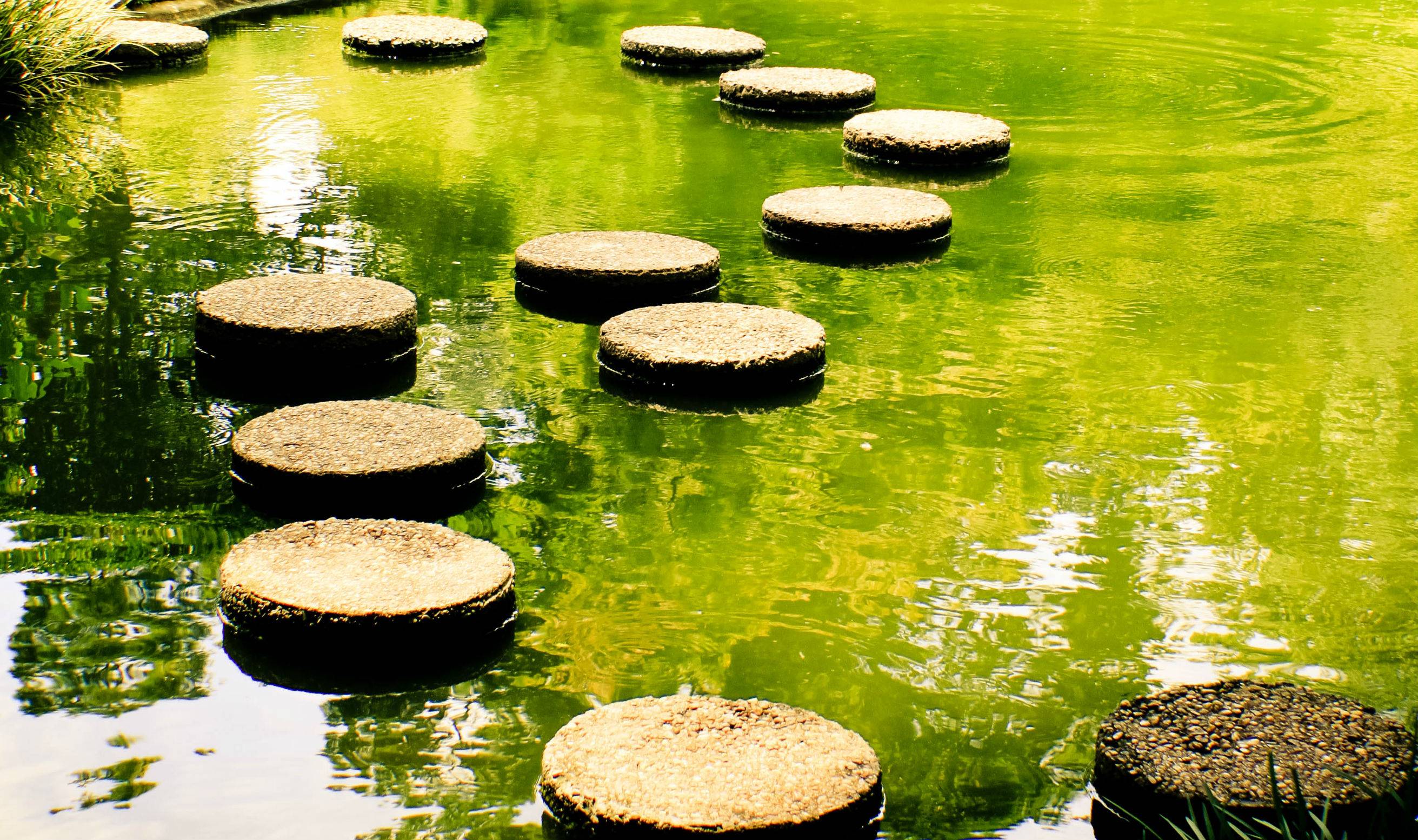 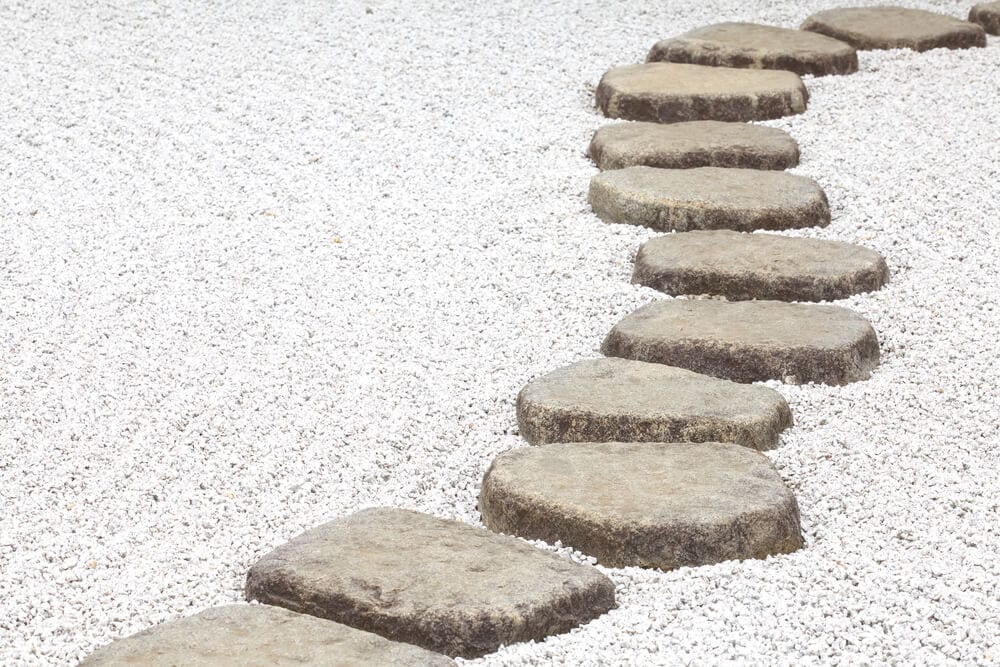 The wall art from the show seems to indicate it does have some inspiration.

I did find a reference to the game in which teachers cut out different colored cardboard "rocks". The "rocks" are then lined up along a "river". The teacher then outlines the colors that the children must jump to in order to cross the river. If the child jumps on the wrong color rock, then they pretend a shark or crocodile will eat them, and the child must sit out for the rest of the game.

According to this article:

The task deviates from a clear corresponding children’s game, with the inspirations seemingly being a combination of Stepping Stones and Hopscotch, though the game is more unfair as it relies on luck.

Some have also speculated that the game is a larger version of Korean Chess, but when looking at the rules and consequences of stepping stones, Squid Game's challenge more clearly aligns with the latter and hopscotch, which has a similar premise. Stepping Stones is a game played by children where, typically, cardboard or paper pieces are set out in a path where the players are only allowed to walk on said “stepping stones.” A proctor usually gives a set pattern in which the players can walk that they have to remember, and if they get it wrong, they’re punished with a fake “shark attack” or consequence that takes them out of the game. There’s also an optional rule where if players are still on the stones when time is up, they are also “eaten,” which is one of the rules in Squid Game’s version.

4
Is Firefly/Serenity related to the game series Mass Effect
9
How do the organizers keep the game secret?
14
Number of players left in Squid Game after the fourth game?
13
Meaning of the shapes used in Squid Game?
7
How was this player going to survive the third game?
2
Why did the game not get terminated when the majority voted to stop the game
10
Bow and Gift Box symbolism throughout Squid Game
16
How did Squid Game ensure a single winner for every season?
3
Favoritism in Squid Game for specific player?
2
In Squid Game, how did they guarantee a winner for the glass bridge "game"?