Is the Mayor of Mos Espa a reference to the deepfaker Shamook?

In the first The Mandalorian spin-off series, The Book of Boba Fett, early on viewers are introduced to Mos Espa's "de facto" mayor named Mok Shaiz. 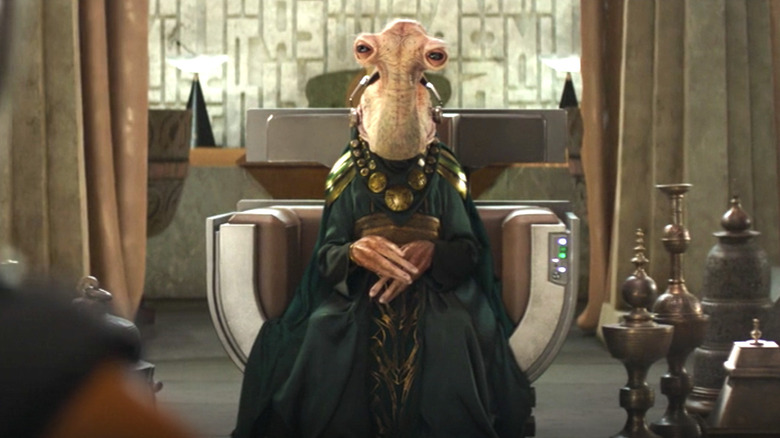 Now while Star Wars has it's own unique lexicon of names or name-play, Mok Shaiz struck me as both unique, but also a little familiar, but I couldn't put my foot on it.

Then comes episode 1.06 (From The Desert Comes A Stranger) where fans are once again treated to a wondrous technological advancement in the recreation of a younger Luke Skywalker.

When Luke was first presented at the end of The Mandalorian Season 2, a renowned Deepfake technology user known by the handle, Shamook proved that he was better than Disney/Lucasfilm specialists and recreated a better version of the scene! Disney was so impressed that they hired Shamook and he is behind the spectacle of Luke Skywalker seen in The Book of Boba Fett 1.06 along with a new actor to stand-in!

Another amusing fact is that this version Luke Skywalker was not voiced-over by Mark Hamill, but rather it was done with vocal reconstruction software called respeecher. Curiously Mok Shaiz also uses a "translator" to speak "basic" to Boba Fett and the like, ironically in a voice that doesn't at all match his position or his appearance.

So I was wondering, given the BTS connections, the situation with a 'de facto' (aka 'deep fake') Mayor, and that MOK SHiAz has many of the same letters or sound-combinations as SHAMOoK, if the character is reference to the new tech specialist at Lucasfilm?

13
Rango's Western reference?
2
Is there a reference\nod in the line "Much more subtle"?
3
Why is Mayor Quimby still mayor?
8
Why did Emily trap the Mayor?
0
What is the book that Mayor Richmond references in The Killing?
8
Meg having cake in the bathtub reference
6
Is the character Colin Sweeney in "The Good Wife" a reference to Sweeney Todd?
12
Is the phrase "Zowie, I'm young!" a reference?
1
Do TV shows ever directly reference unrelated shows?