Did Gordon Gekko lie about the sunrise?

In Wall Street (1987), Gordon Gekko calls Bud Fox, and during the call makes mention of the beautiful sunrise he's watching:

"I wish you could see this. Light's coming up. I've never seen a painting that captures the beauty of the ocean at a moment like this. I'm gonna make you rich, Bud Fox."

However, during this scene the sun is actually behind him, and when the camera eventually cuts to the ocean it shows a grey, grim-looking view of it: 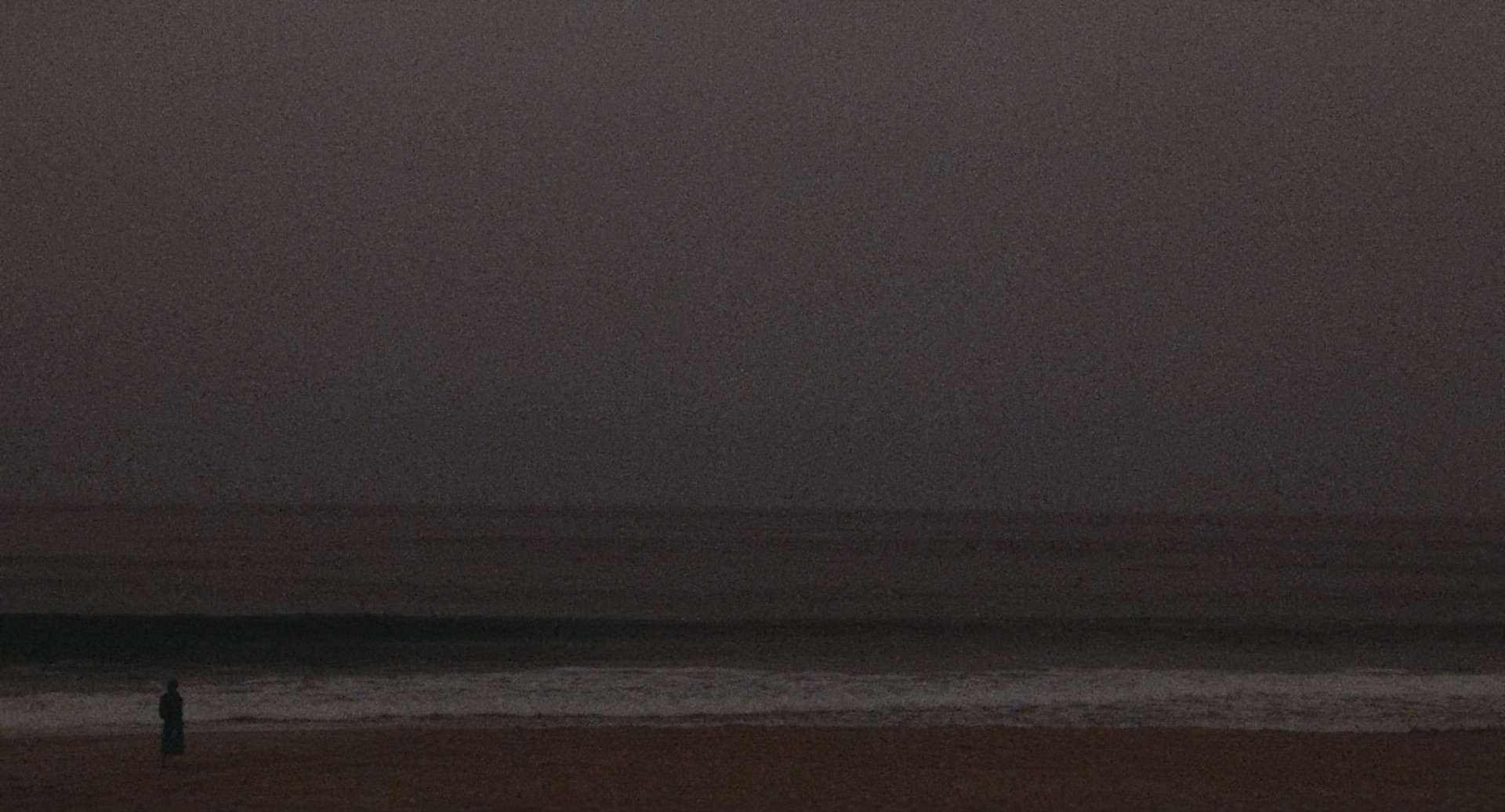 Was Gekko actually lying here - maybe to make it clear to the audience that his sociopathic traits mean he'll do whatever it takes to make the sale, including making up a lie on the spot - or was this just the failure of the cinematographer to capture a scene fitting the dialogue?

He was previously staring out at the ocean, then turns to face the camera so you could see the sunset that he'd been looking at. The lights from houses are coming up, and the setting sun is bouncing off the ocean. Ocean sunsets are much more impressive than sunrises, anyway. He never mentions it's a sunrise, and Bud knows what time it is across the globe (as is the responsibility of traders to know). This wasn't a lie, I think you misinterpreted the scene.

While Gekko talking, the camera rounds around him to capture the sun itself.

Before Gekko starts talking, he gazes upon the sun for a few seconds to get the inspiration to give that part of the speech, then about 10 seconds later you will see the sun on the horizon.

The scene is supposedly on the beach where his house is and the ocean is to the east, then it must be the sunset, so the darkness over the ocean.

Unfortunately, unlike the daylight itself, sunrise and sunset are happening very fast in only a few minutes until the sun is fully up or disappears. With its red-ish color palette, these are the moments that turn the view into a beautiful painting if there is enough cloud around.

I think the scene was tried to be shot in one go, they captured the beauty of the sun during the talk but failed the same to get a good one over the ocean. and for the budget, they decided to go with it.

As for the talk itself, that part might even be improvised by the actor, director caught it and follow to a complete and added the scene after. or it was part of the script and they probably missed the narrow window to get the shot and continued with the darker one. (I was wrong, check the supporting material below)

EDIT: it should have been clear, but apparently not. so I will include this:

I used "I think" and "might be improvised" to mean it is my deduction. the whole scene takes only about 2 minutes with only a few seconds for the OP's mentioned shot. If anyone finds an official documentary, enlighten us. otherwise, every answer given will be deductions on our side

like imdb, there is a movie script database, imdbs.com, and I have found one script for the movie (if you think the site is scam, let us know)

In it, you will find the beach house is in Bridgehampton and on the ocean side. you can also search the same house as it was in the news lately.

The speech is in the script, so I was wrong about one of my assumptions.

The script is written for sunrise (dawn) and Gekko even has his morning robe as he has "been up all night". But we don't see the sun over the ocean; it is on the mountain over the houses which is the sunset at that location.

This is a production trick over the costs of reshoots. Only observant eyes will notice the difference. As long as we have the sun on the horizon, we can trick the audience to say it is sunrise, albeit it is not.

Not the answer you're looking for? Browse other questions tagged dialogue cinematography wall-street .

23
Ash in Alien cannot lie to humans, Yes?
10
What did Scott ask Hope about the hand?
4
Why did iZombie add gourmet cooking shots in the second season?
23
Where did the line about the reason for the big eyes come from?
3
Did Martin Scorsese lie in Life Itself?
18
The meaning of the line, "I always tell the truth, even when I lie."
4
Why did Brain ask Brendan about letting Dode go back to the theater?
8
How did the term "skinjob" come about?
10
What does "There came into Egypt a Pharaoh that did not know" mean?
5
How did they shoot that scene in "The Fall"?