In science fiction films and anime, why do we see some planets are close in the sky?

It's very common to see this view but in reality, our earth doesn't have that one. We only have one Moon orbiting around our Mother planet. In sci-fi movies what is this term commonly called? Most western movies some Japanese sci-fi anime includes that view.

For example in the 2009 science fiction film Avatar, you can see there is a planet seen in the sky: 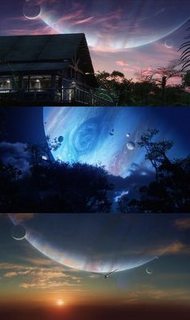 It looked like Jupiter but the planet is Polyphemus.

Here's a promotional photo of the movie Avatar with a fantasy landscape view, where a planet is seen in the sky: 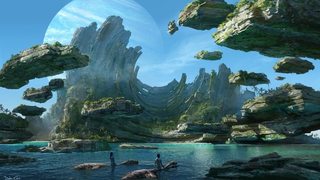 In the 2014 dieselpunk sci-fi movie Garm Wars: The Last Druid By Mamoru Oshii, we can also see one planet in the sky called "Gaia": 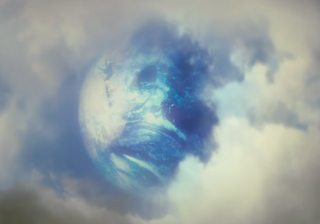 The 1985 retro futuristic anime series Dirty Pair we also see the landscape of a futuristic city "Eleanor" where planets are also seen on the night cloudy sky, one is a large planet and one small planet are seen in the sky: 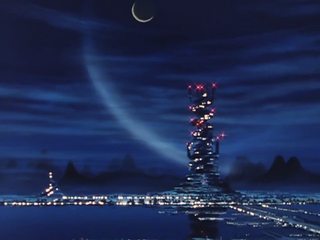 Daytime view of the planets in the sky on Eleanor City 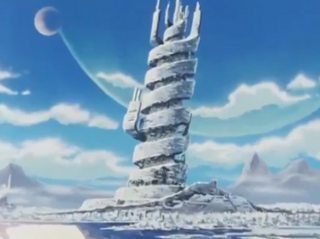 Why did the director or the creator put some planets like these in the sky like this?

The most direct answer to your question, is that the director thought it improved the visuals of his production.

Some of those directors will have put some thought into how to justify such a view in their sky and will come up with the exact placement and orbits that will allow such a view.

Both of these are perfectly valid choices, though a story with a more realistic or hard sci-fi setting should probably lean heavily towards a more physically realistic scene.

Your question could be interpreted as either:

The question answer obviously hasn't seen a lot of old science fiction movies and tv shows or they would have mentioned some other examples, as in Str Trek: The Motion Picture and on Rigel VII in "The Cage"/"Menagerie" in Star Trek: The Original Series.

I have seen many films where Earth's Moon looks vast as seen from Earth. Those films were shot with telephoto lenses to make the Moon look far larger than it would be seen with the naked eye.

And certainly viewers can suppose that some of the scenes showing worlds in the sky of alien worlds might be normal vision and some might be what you would see though telephoto lenses, thus making the worlds in the sky look much wider than they would with the naked eye.

I believe there was a question asking what would be the greatest angular diameter of another world seen from a habitable world. I think that was in the Worldbuilding Stack Exchange. And different answers gave different maximum angles - even the smallest being several times as wide as the Moon as seen from Earth.

There's a great explination in the below video

Big things closer would be easier to see. It just so happens that everything near the Earth is far away for us to see.

Why do any Galaxies in the Universe look the way they do? Because that's what those particular Galaxies look like and those particular planets are fortunate enough to have those views. I sure as hell wish we did, here, on boring ol' Earth. Oops! I buried the lead: they look that way because IT'S SCIENCE FICTION AND THE ONLY LIMITATIONS ARE THE AUTHORS' IMAGINATIONS! DUH.

Not the answer you're looking for? Browse other questions tagged plot-explanation analysis science-fiction .

1
What are the Planets?
41
Is there any reason why mostly technology deprived planets are pictured in the Star Wars movies?
11
Why did some people feel Lonely Are the Brave was "brutal" and "sadistic"?
7
How does the Big Market work?
2
Why do movies think the moons in alien skies are really large?
9
Does David Lynch consider his own films to be science fiction / fantasy?