What weapon is Black Widow using in the final battle of Avengers: Infinity War?

During a rewatch of Avengers: Infinity War I noticed Black Widow seemed to be using a staff during the final battle sequence. The design of the staff looks very similar to the Asgardian berserker staff discovered by the Agents of SHIELD during episode 1.8 The Well. My question is, is she using that staff (Asgardian berserker staff) or a different one provided by the Wakandans?

I assume you are referring to her batons, so no, these are not Asgardian weapons. 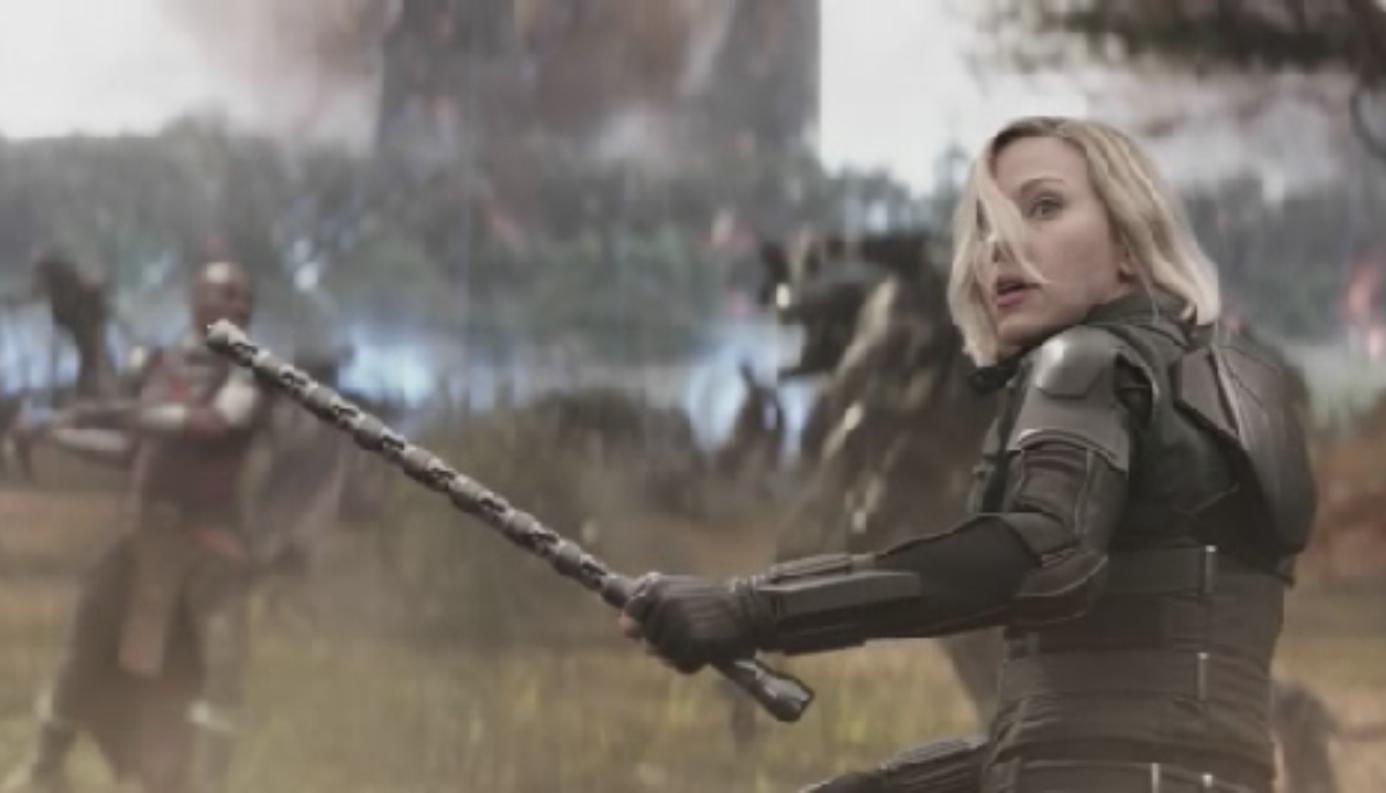 Sometime before the Ultron Offensive, Natasha Romanoff acquired the batons from Tony Stark, which could be collapsed and stored on her utility belt. These batons constantly glowed with a blue light. During the Battle of Sokovia, she used the batons to take down dozens of Ultron Sentries with a combination of her weapons and martial arts mastery.

Coming back from their exile, Romanoff, Captain America and Falcon saved Vision from the Black Order. She fought them with a new pair of metallic batons, once again with electroshock capabilities. Romanoff stored these batons in a holster on her back. Later, Romanoff used them again in the Battle of Wakanda to fight Proxima Midnight. Romanoff was able to combine these batons into one long staff, allowing her to attack and defend simultaneously