Do the player numbers have any symbolism or significance?

Some of the player numbers:

Do these player numbers have any significance or symbolism (from Korean culture, numerology, etc.) associated with them and the players they are assigned to?

I understand some of the significance or symbolism behind Gi-hun's and Il-nam's player numbers.* I am unsure about the others.

I think there is some symbolism.
Doctor is 111 - that's one of the emergency numbers in the Republic of Korea.
69 for the couple is not so much the innuendo as it is about partnership. that number looks like the Pisces sign (two fish swimming in a circle).
As for gi-hun - 456 strikes very much a gambler's number, due to its ascending digits. It's also the last number, to say he's an outlier, on the edge of society. Also, if I recall correctly, 4 is considered unlucky in some East-Asian cultures. the word for the number sounds much alike the word for "death".

SPOILERS AHEAD
I couldn't identify anything with 218 (San-Woo) on it's own, but notice how the last two players - 456 and 218 don't share any of the most common typological "lucky numbers" - 3 and 7.

this is all speculation I thought of while watching the show. didn't finish the last episode yet.

Really there is no significance other than 1 and 456.

1 being an old man at the beginning and cockily beating the first challenge. Easy to assume he had been playing the game a while from some of the small talk he made.

456 I guess being the last or last man standing. And player 1 pointing out to that he was the last number...

The others have no significance because either people vote to quit or they die. Based on the last few challenges I would assume that almost all of the games had no winners. They were not supposed to finish the glass challenge until the glass maker helped, and then the leader rigged that challenge for them to die still.

At best every single year the last 2 standing go to the last challenge - leader rigged. I did not get that inference from the series, just saying it could be an option. So one person wins. If the leader doesn't rig the glass game to have 2 or small number of people left... then why call it Squid Game, if they never play it.

In this interview, the writer/director makes it clear the numbers do not mean anything:

The original plan was to have 1,000 contestants: 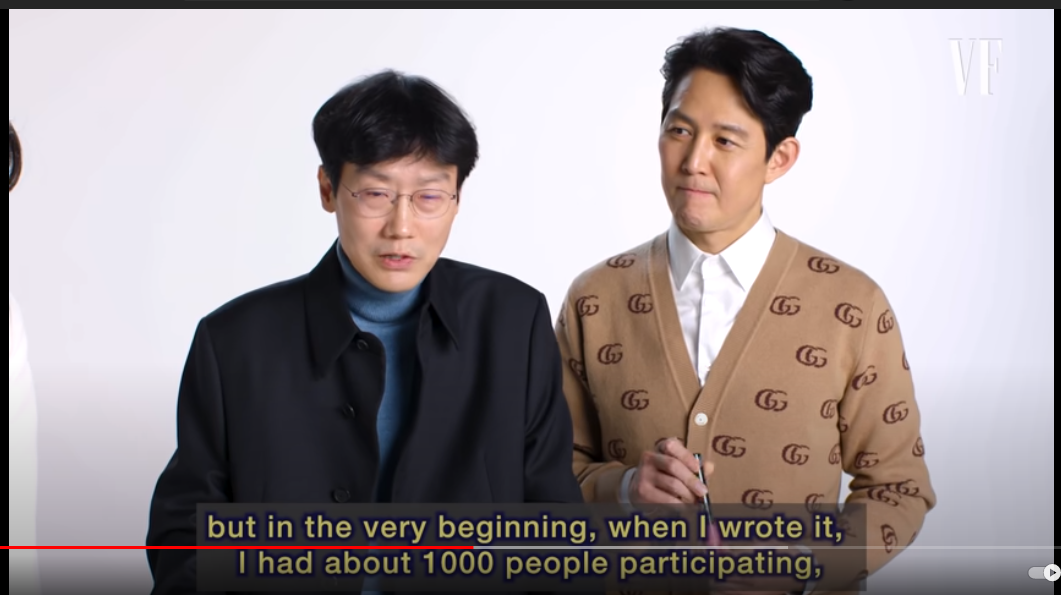 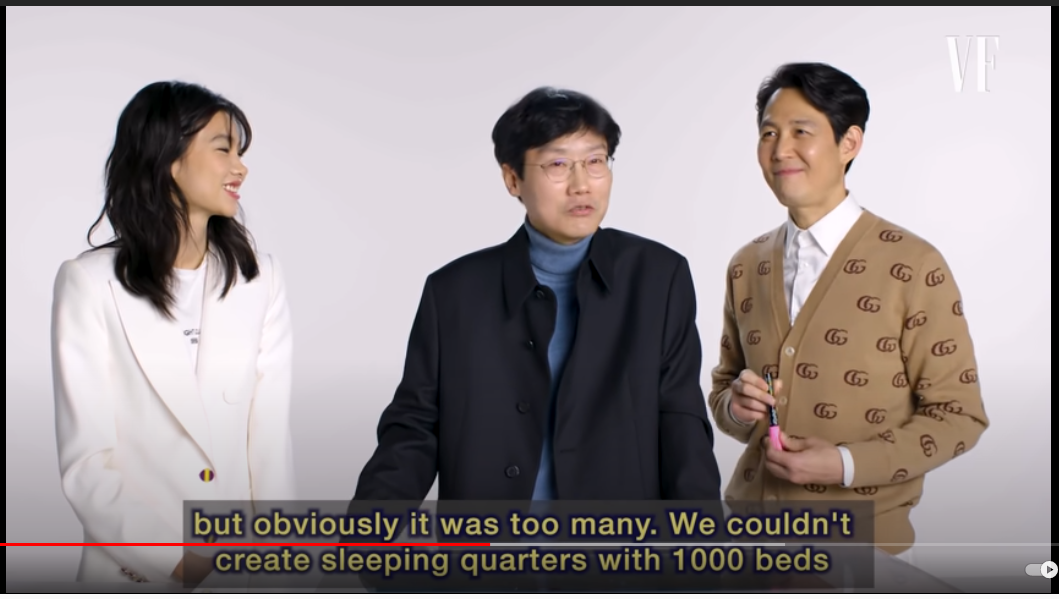 At the time, the largest ever cash prize in a lottery had been 40 billion won, so they decided to have their number to be around 400 because that would equal the csh prize amount. 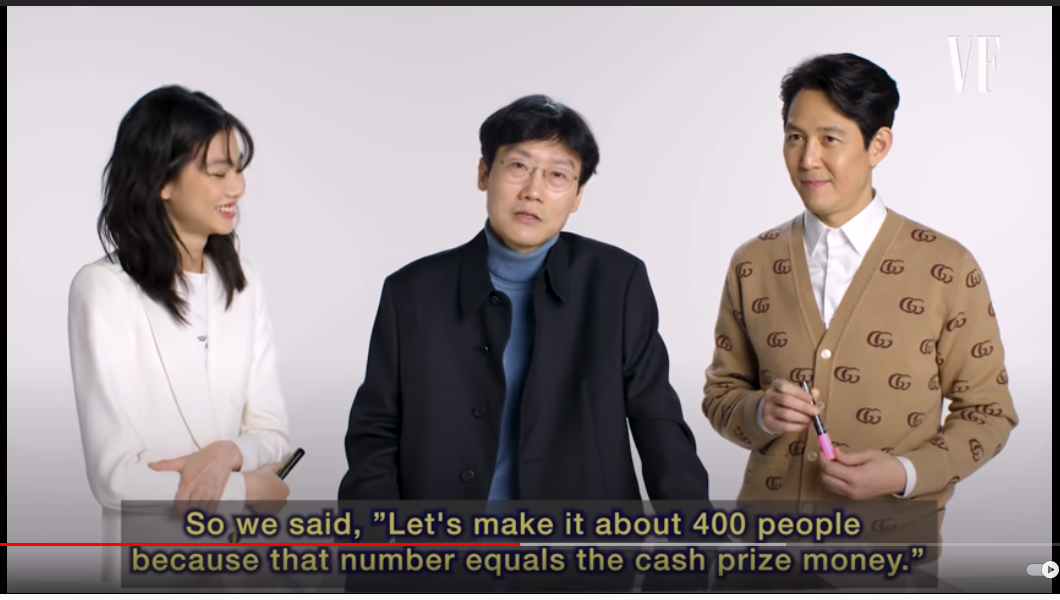 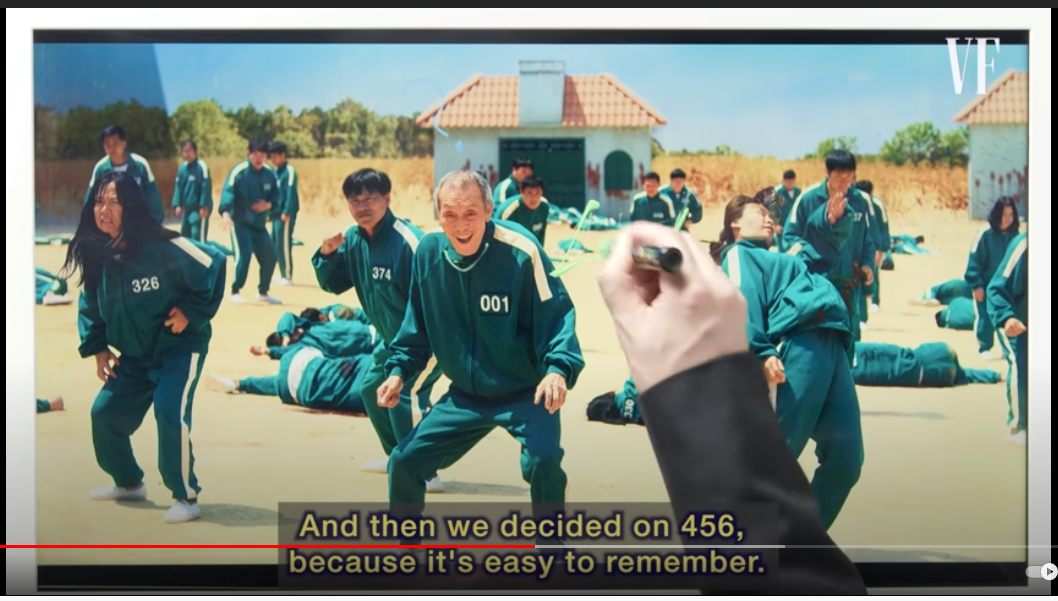 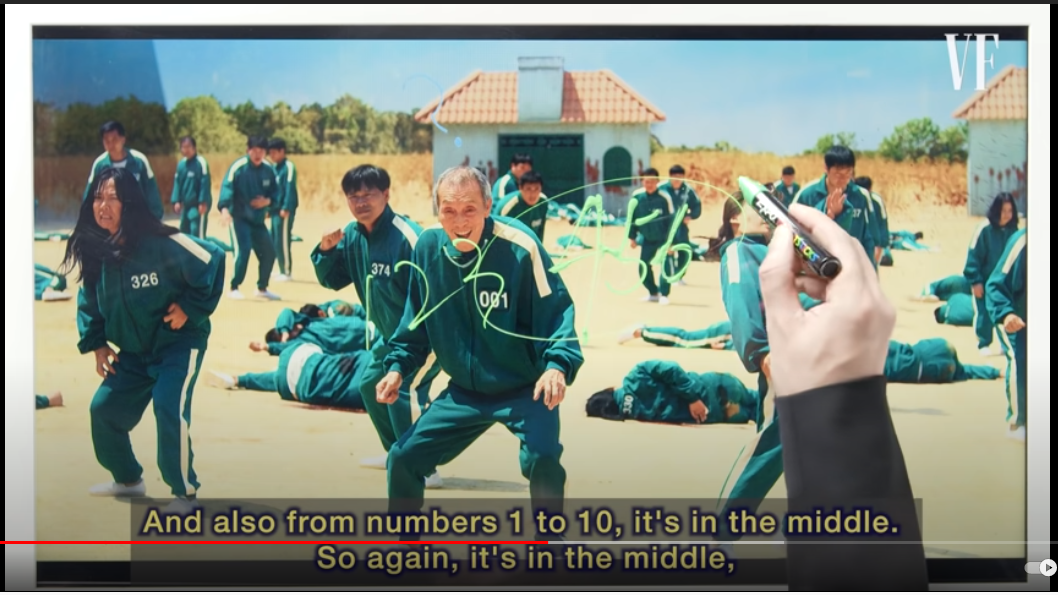 The only numbers with any "meaning" are 001 (being on the top of society) and 456 (being at the bottom of society), and one other player's number: 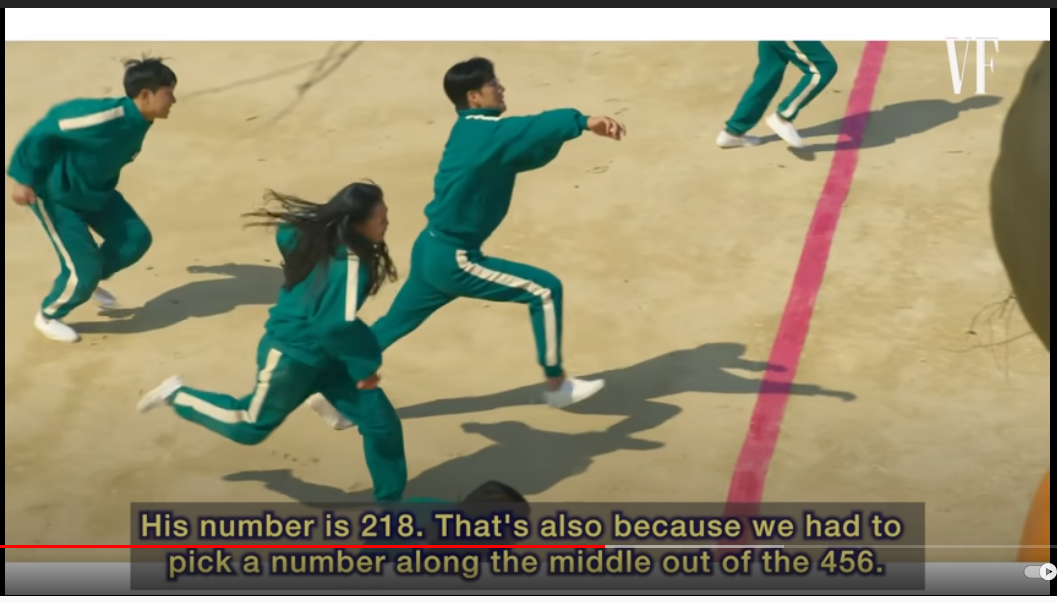 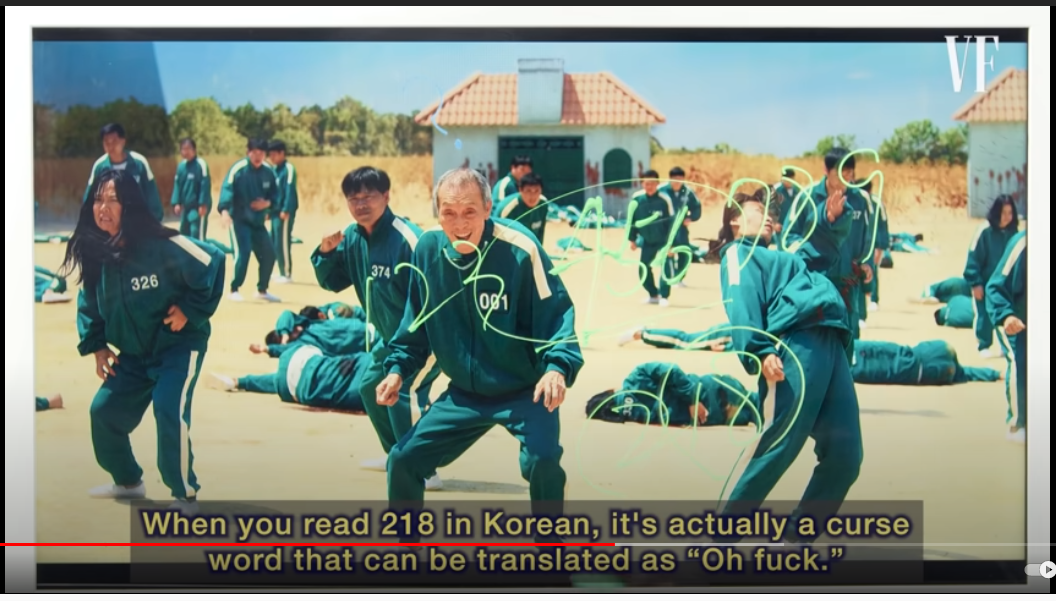 That curse word is also used in one of the dialogues between 218 and 456.

Like the writer/director states: the numbers don't really have a lot of meaning: 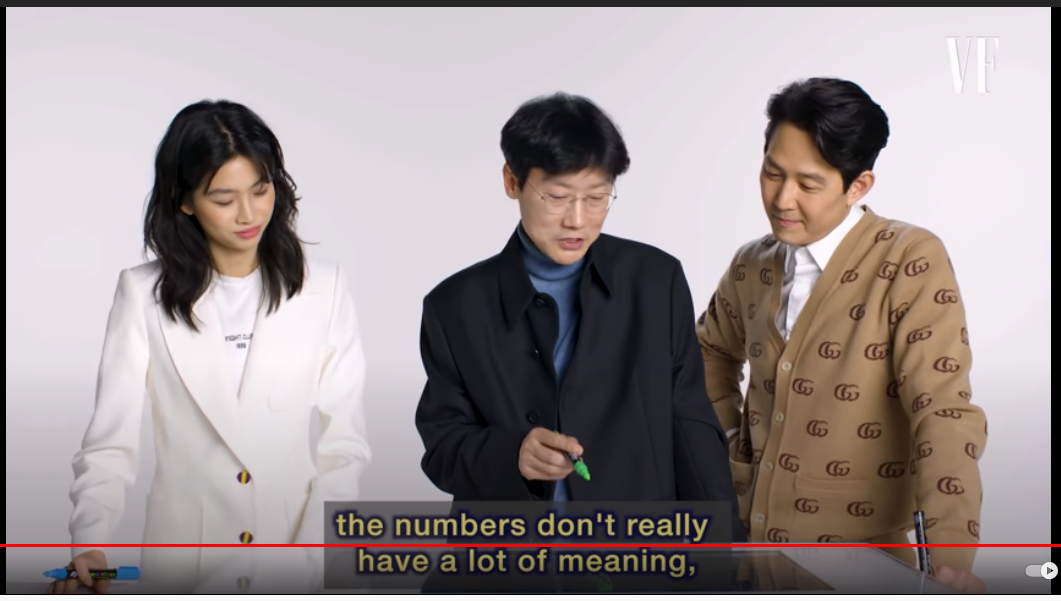 The only other number that isn't "random" is that of contestant 199: 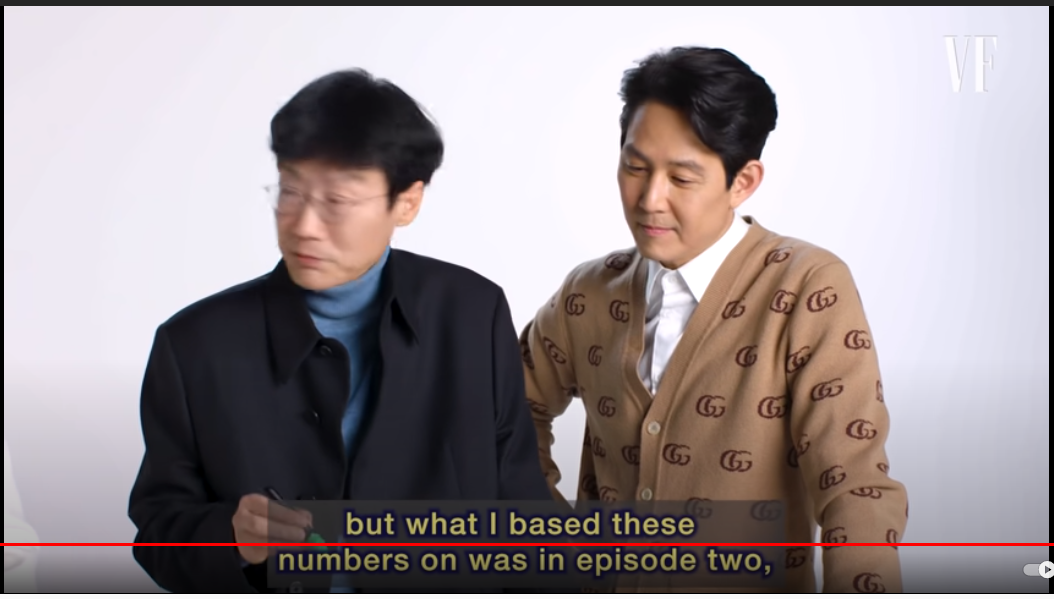 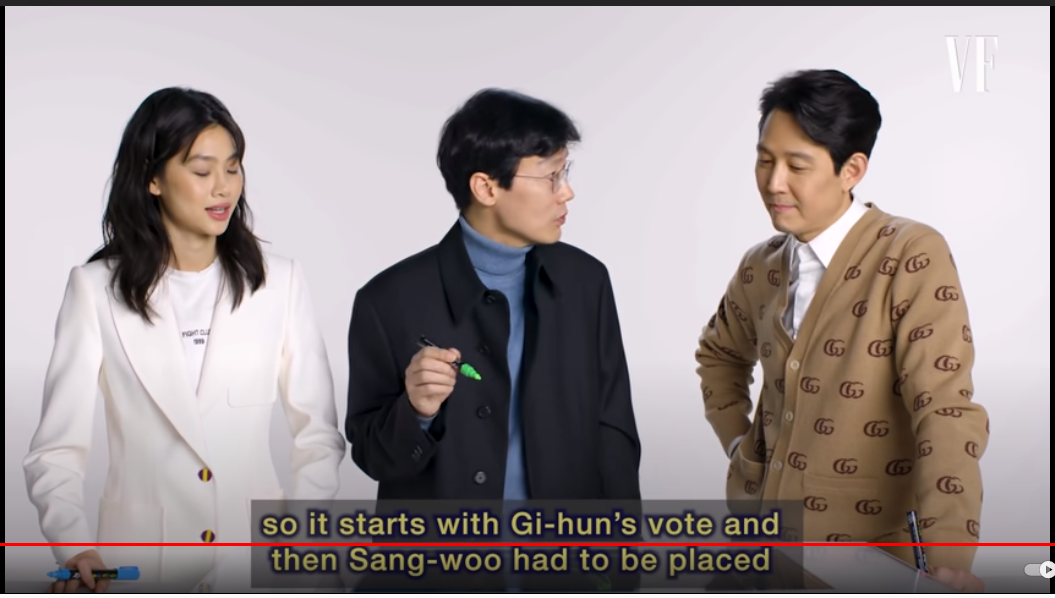 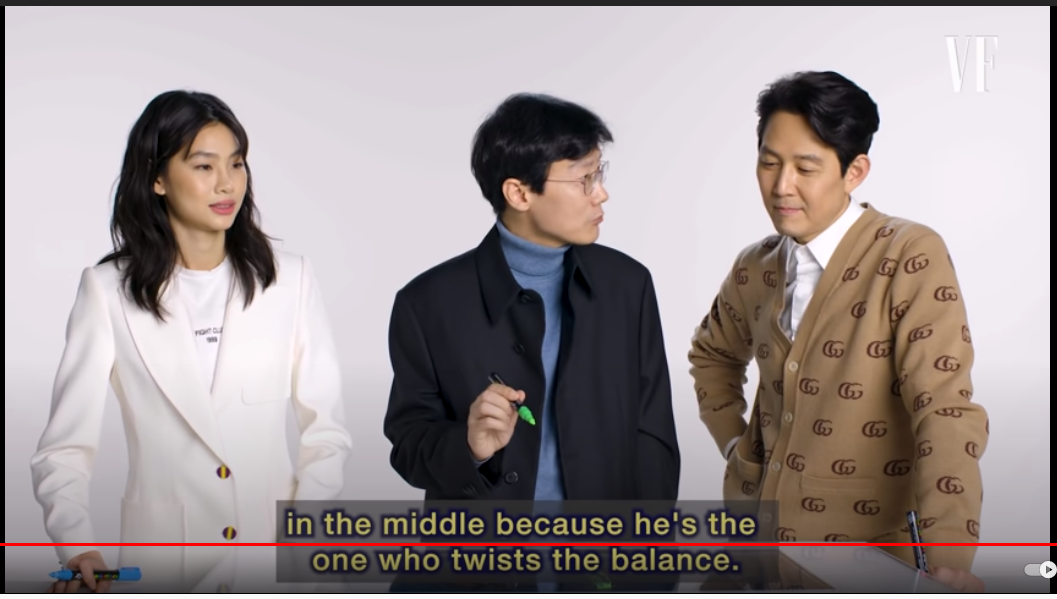 Simply put, the numbers have no significance or greater meaning. Basically, there are 456 players, and I believe that it is in order of when they had joined. I assume number 001 was the first to join meaning, number 456 (Seong Gi-hun) was the last. The man did say they were running out of spots. Seong Gi-hun must have taken the last spot.

Not the answer you're looking for? Browse other questions tagged analysis squid-game .

14
Is there any symbolism behind the bunny face?
21
What is the significance of the Blacklist numbers?
2
Significance of the numbers next to the people in Anne's drawing
15
Is there any significance to the Disney character figurines?
4
Do snakes have any religious symbolism in Prisoners?
15
Why did the old man (player 001) vote as he did?
8
What is the significance of Gi-hun and Sang-woo being from Ssangmun-dong?
12
Number of players left in Squid Game after the fourth game?
7
How was this player going to survive the third game?
5
Why did the policeman's brother still have a dorm room after all these years?