How are some scenes for movies shot especially for iPhone viewing?

In his recent appearance on Jimmy Kimmel Live, Rami Malek discusses how certain scenes in No Time to Die (2021) were shot especially for the IMAX version.

But he also mentioned that some are also shot for iPhones, which I don't understand. After roughly 09:46:

Kimmel: Did you really have to do special shots for iPhone?

Question: How are some scenes for movies shot especially for iPhone viewing? Is a different camera used? Different lighting? Different angles?

It is all about the framing - what will fit in a shot when it is eventually shown in a streaming or BluRay/DVD format, or indeed before that, a non-IMAX cinema.

As I don't have any access to examples of No Time to Die in any format as yet, let me use another example; one that was intentionally shot to fit inside a 16:9 screen [regular TV ratio] and yet inside that uses many different aspect ratios. This way we can examine shots to see what would have happened if the movie hadn't been 'encapsulated' inside 16:9. This would normally be a very difficult task, as I don't know of any other movie shot in so many ratios, yet intentionally then shrunk to all fit exactly inside a 16:9 frame. Dunkirk does something similar, but the home versions are all cropped first, so you never see the full IMAX frames. 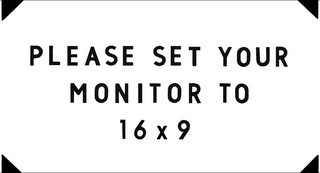 The opening shot then immediately displays inside that, with borders right round… 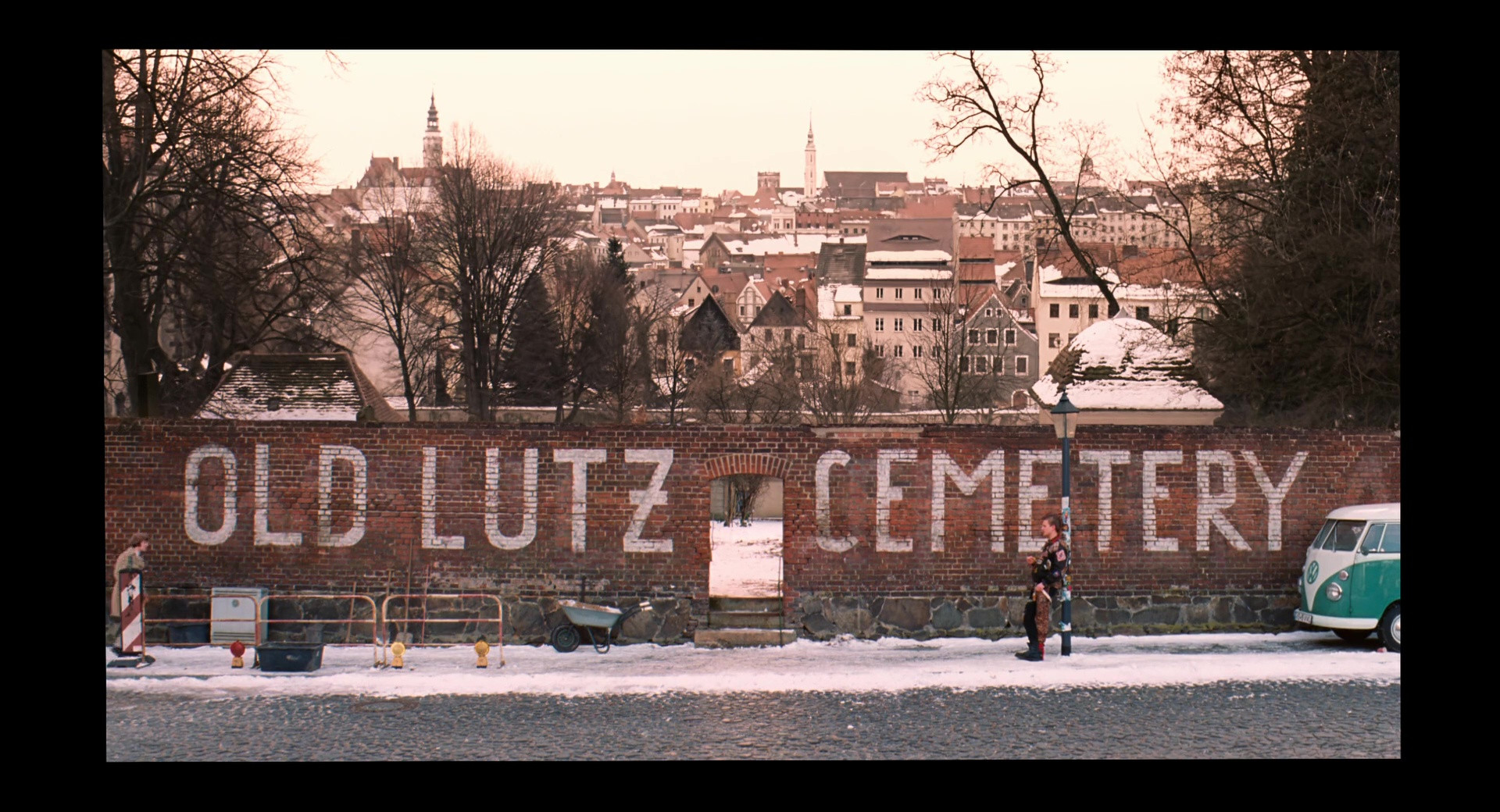 but when we first see the hotel in all its fading glory, we jump to Academy ratio [this is what old black and white movies were shot in, before the advent of Cinemascope and the other widescreen formats]. It is, for our purposes, similar enough to the IMAX ratio and also the old 'square' TV format that we can treat it in the same way for this answer. See Wikipedia - Aspect ratio (image) for a comparison. 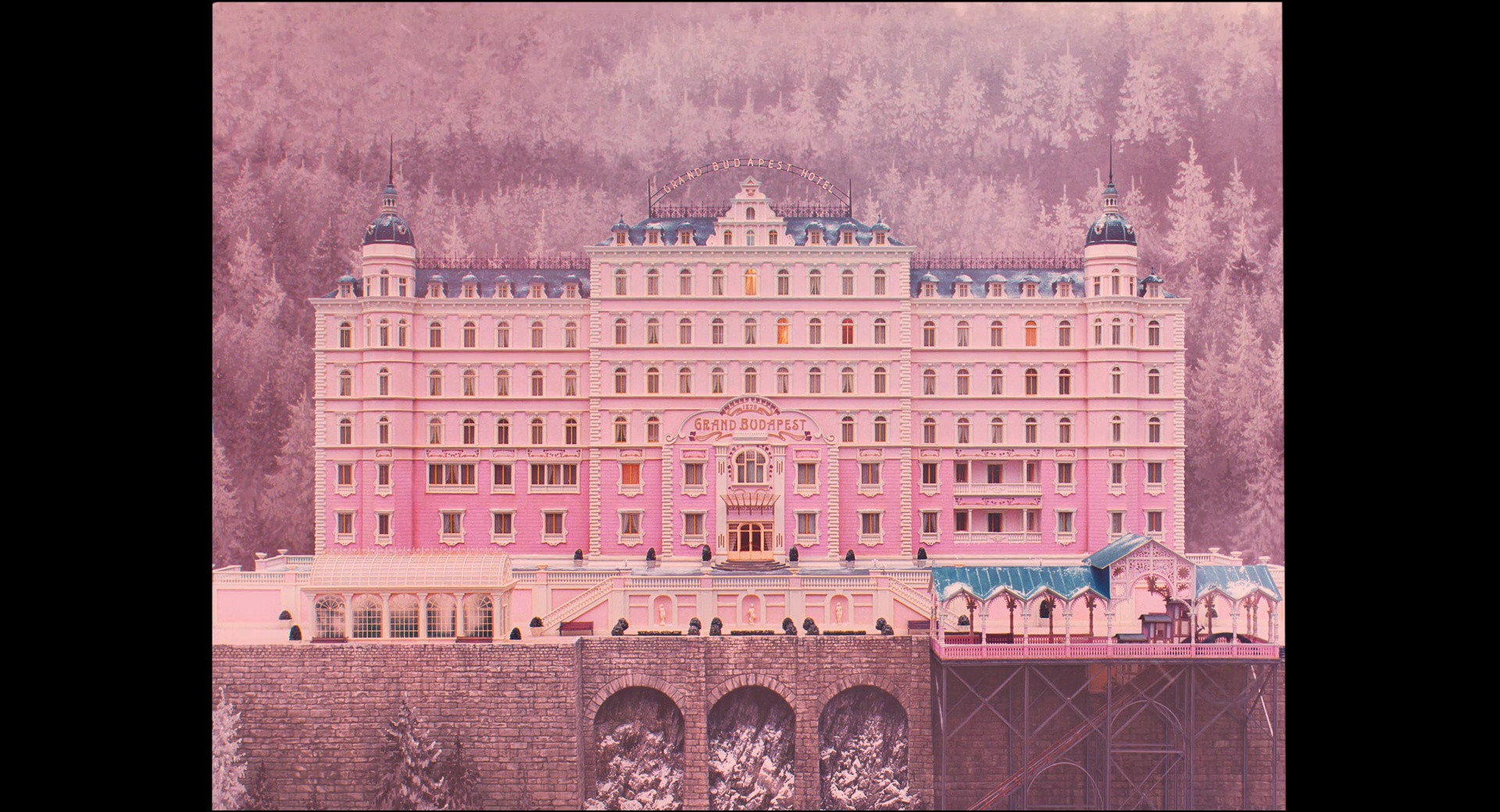 OK. So, if we took that image of the hotel and expanded it to fit on a regular TV screen or a phone, then we would need to cut off the top and bottom, thus. 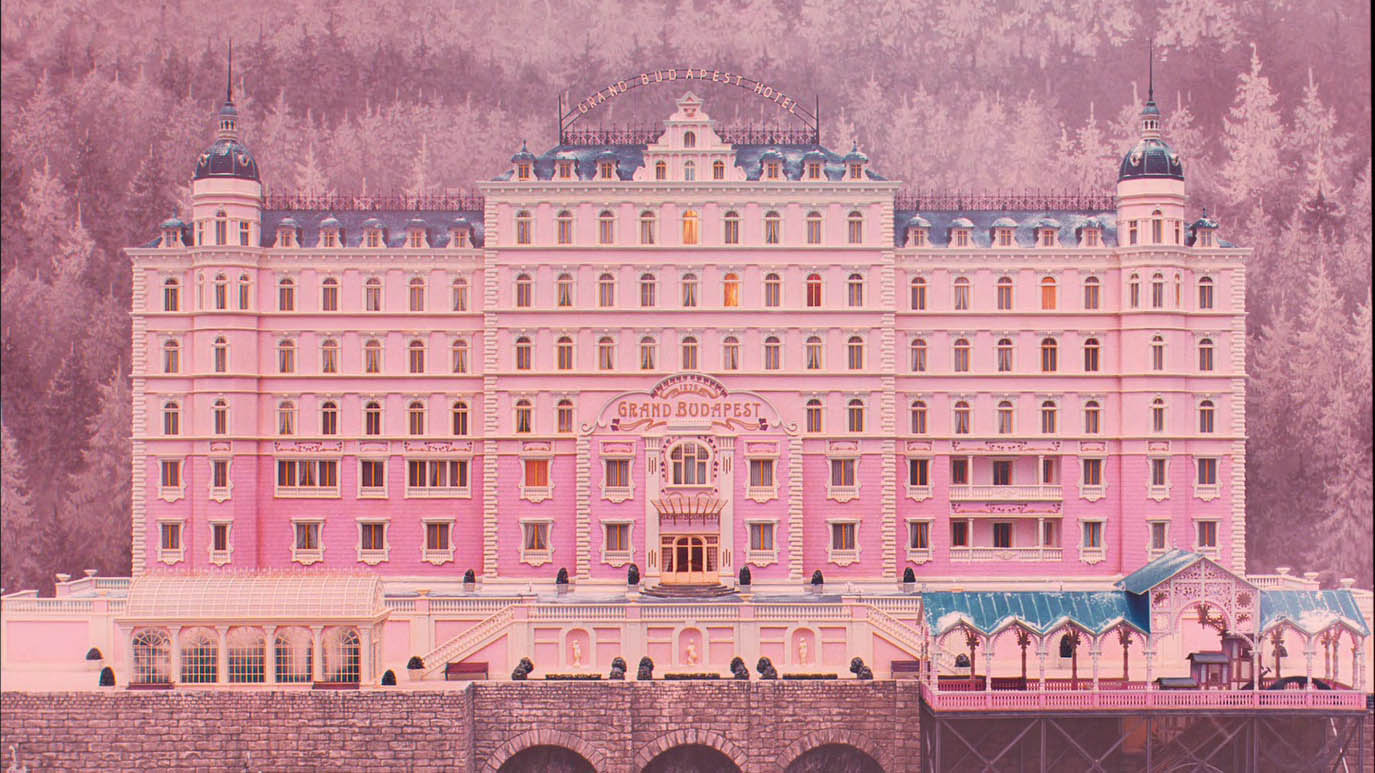 That's not too bad - we can still fit the hotel in frame, and I didn't need to make any manual adjustment of where in the frame I did my crop. I just did it right from the centre, no manual adjustment necessary.

However, if I do the same from this shot in the lift… 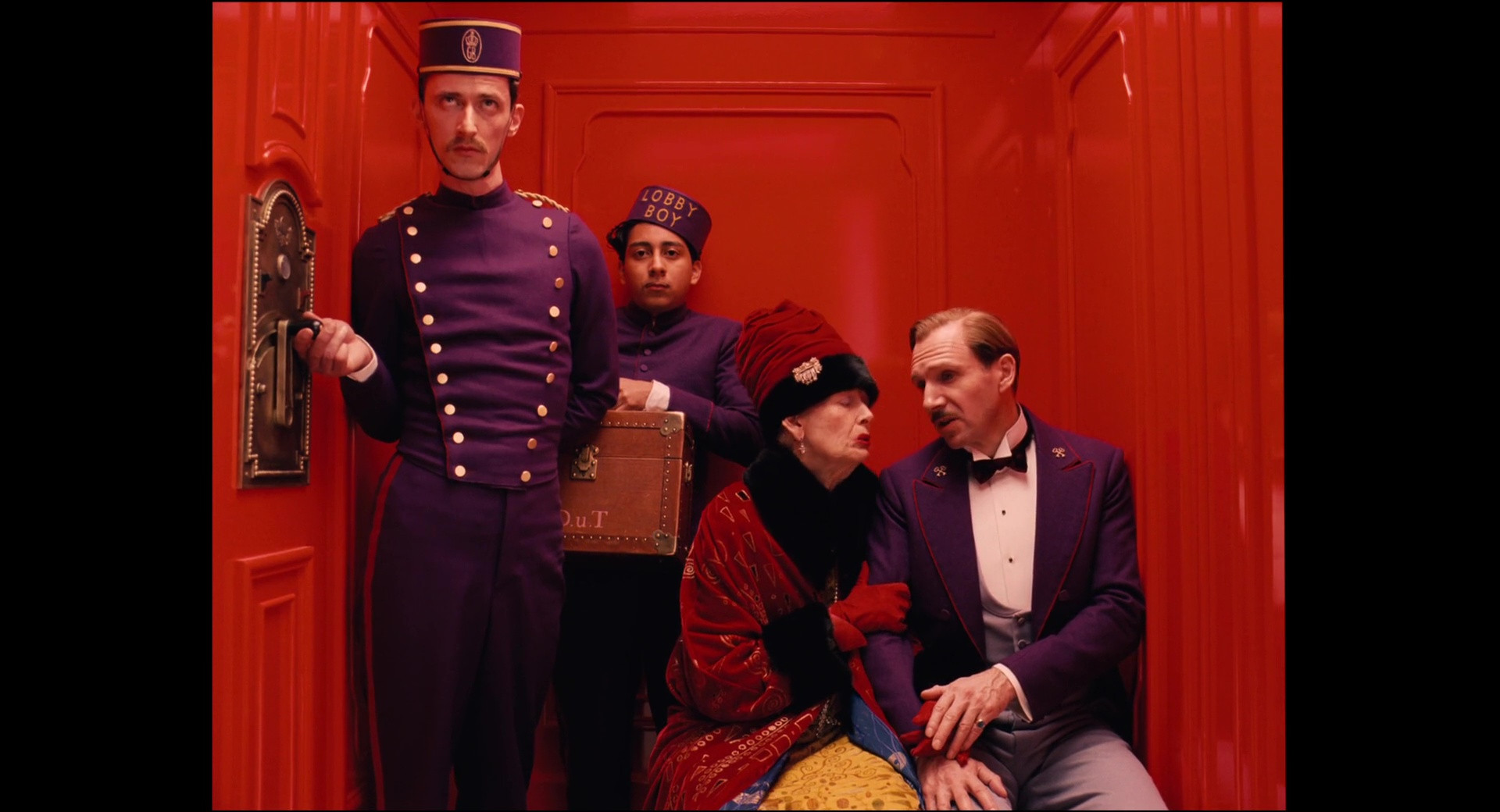 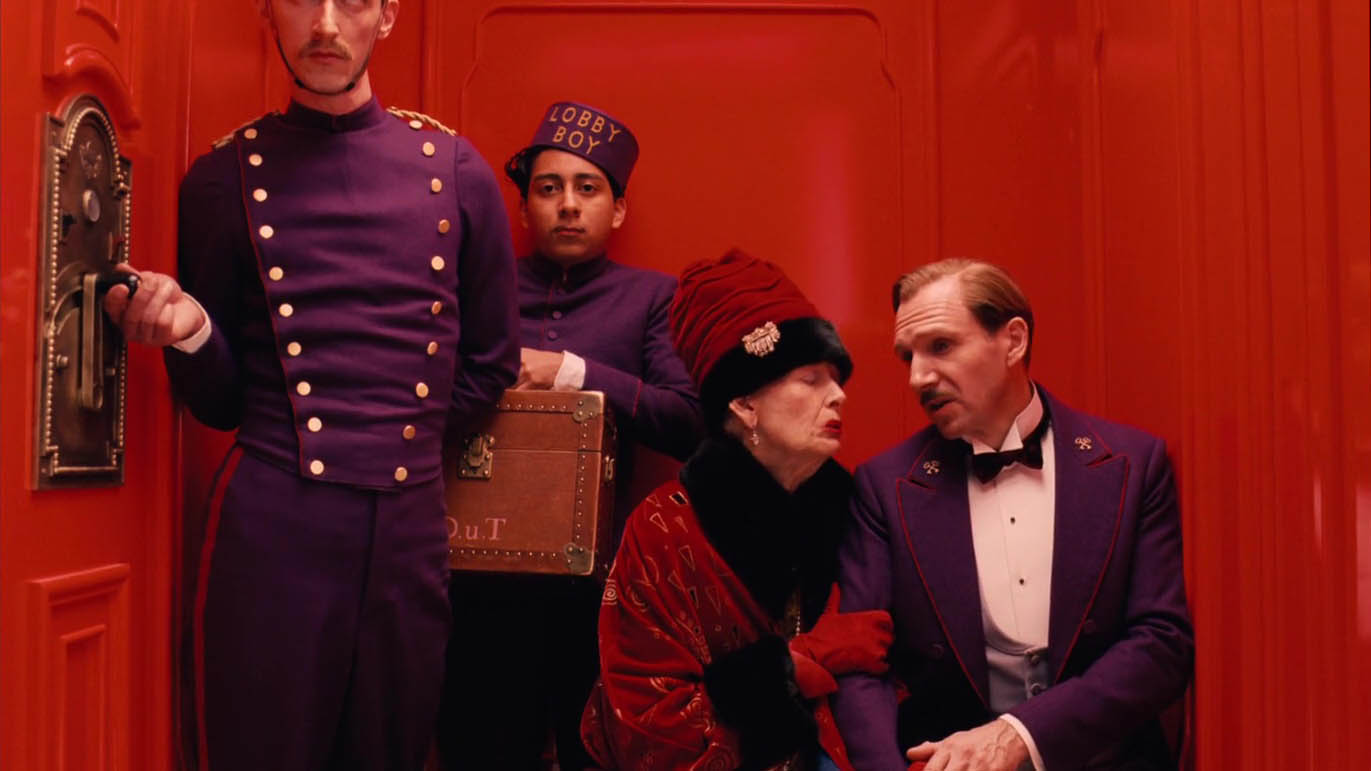 then we've rather uncomfortably cropped halfway through the poor lift attendant's head - so we would have to do some manual adjustment to this. 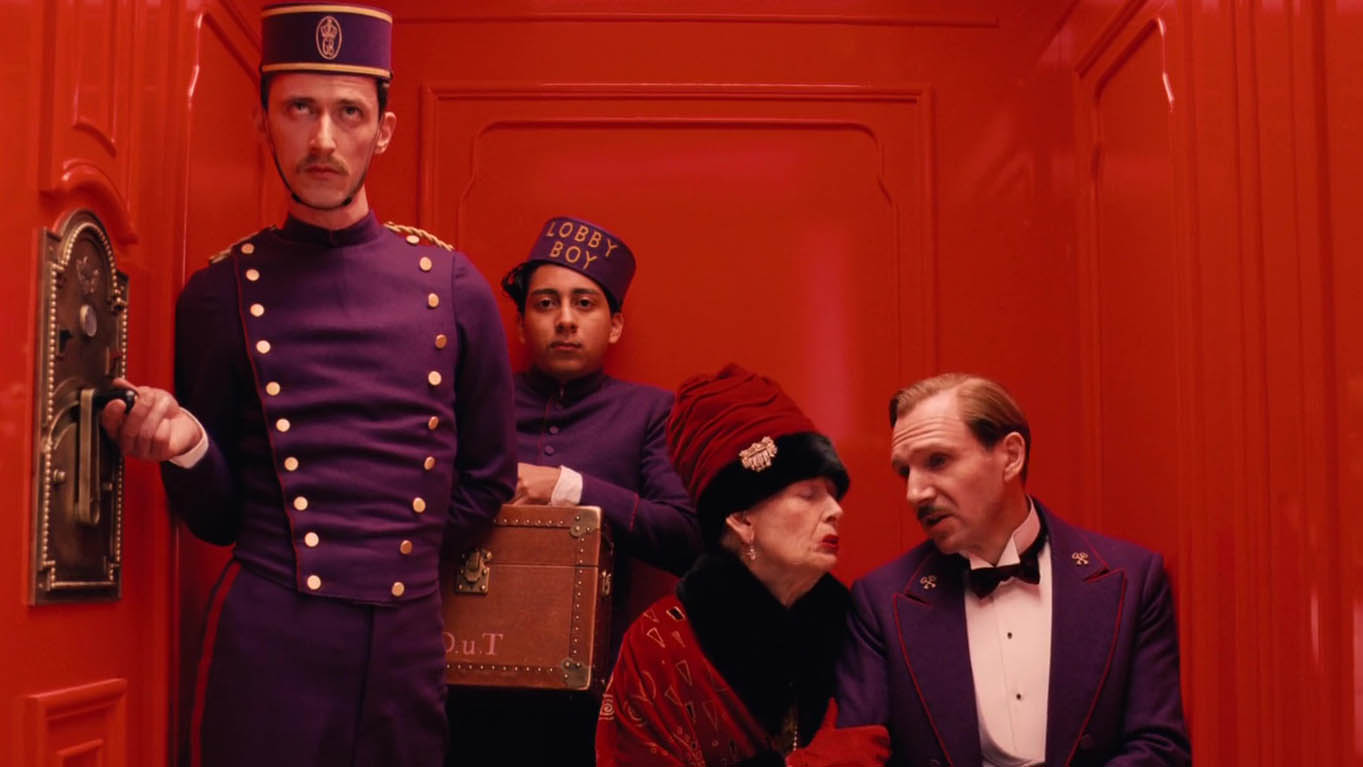 Now we've got everybody's head in shot - but we've also rather de-emphasised the interaction between the two main characters. In this shot at full original ratio, it is quite intentional that we are distracted by the bored lift attendant, but when we crop it we're now drawn to it just a bit too much.
There's also a beautiful sense of claustrophobia in this shot, lost in the crop. There are many shots in this movie that use the 'unusual' height of the frame to separate focal points for the audience, that don't translate properly to a 'letterbox' format.

There are some shots that look even more uncomfortable when cropped, that no amount of manual adjustment could really fix. 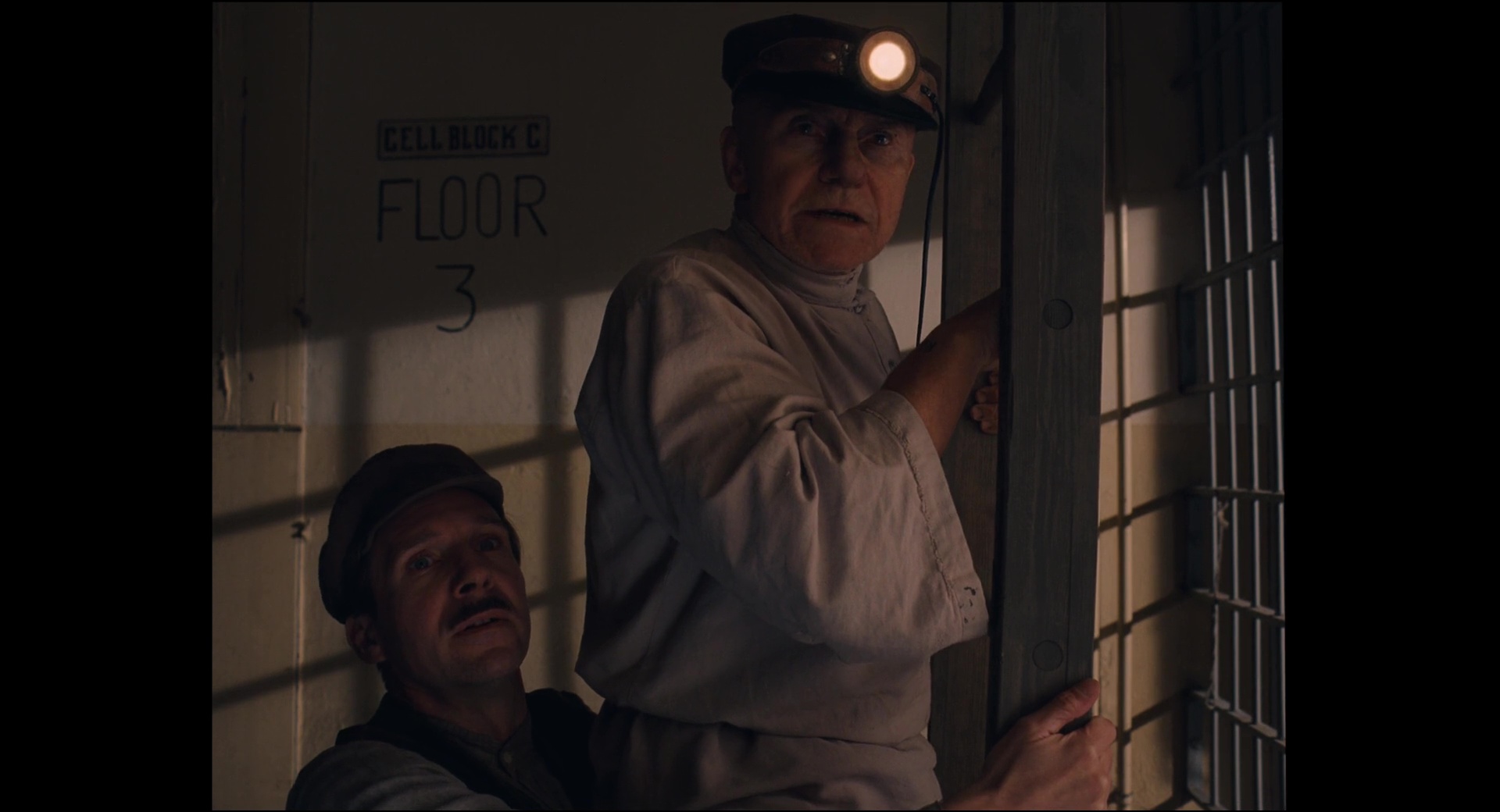 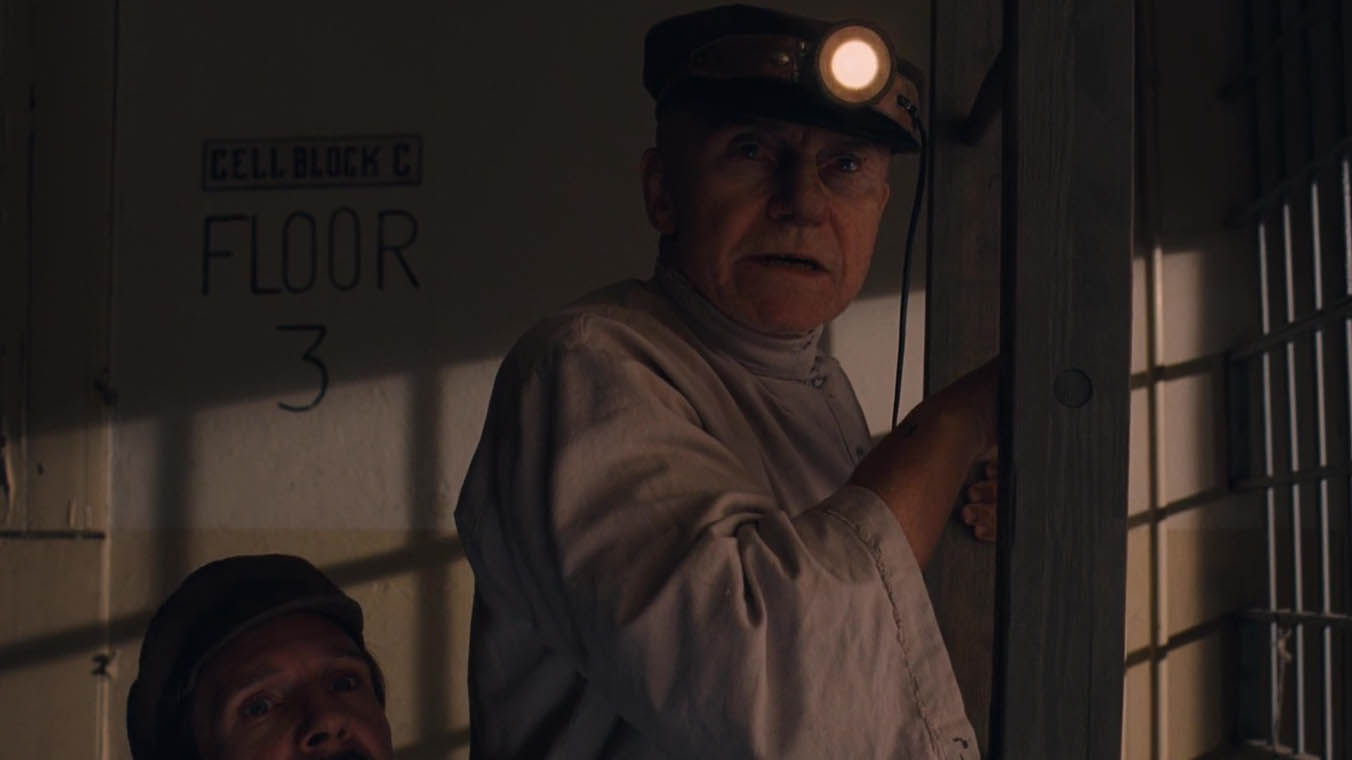 This is what they need to be aware of when shooting to be ready for television and phone aspect ratios.

This is, in effect, an extension of a formatting awareness used in broadcasting, called "Title-Safe" and "Action-Safe" areas. 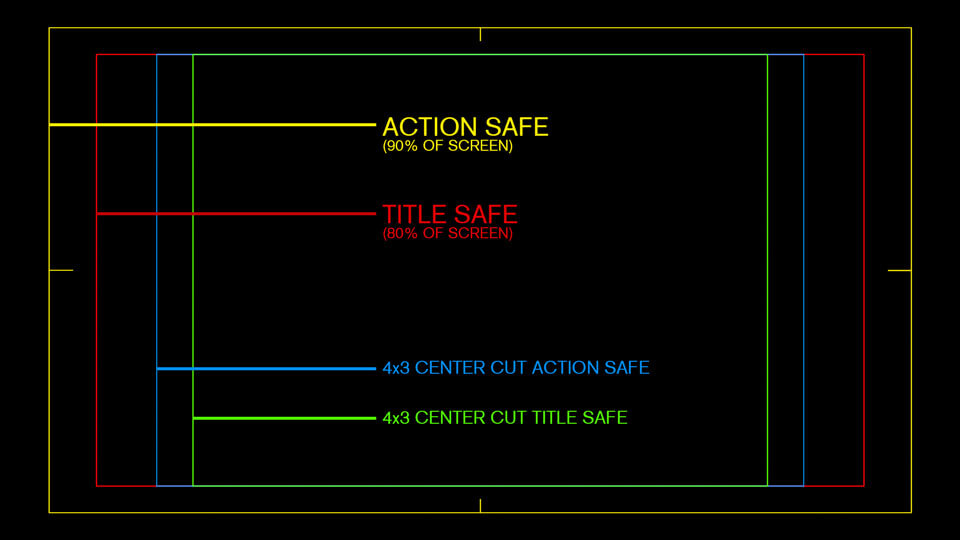 Variations on this format are frequently seen marked on the monitor of the camera itself and also the ones used for the director and others in the 'video village' on a shoot, so everyone knows which parts of the image will survive future re-formatting. 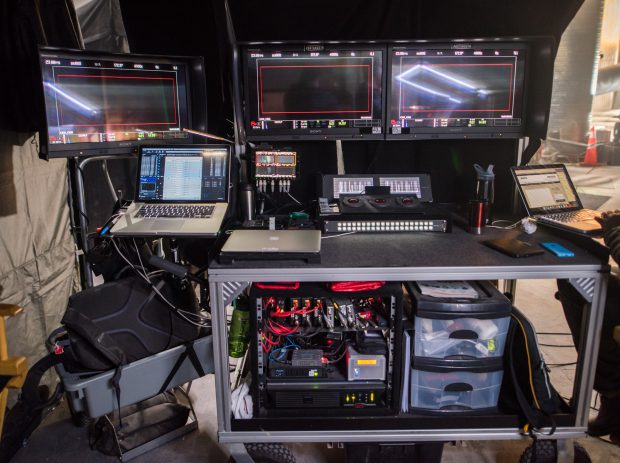 Note: This can be done even if shooting on film. A light 'splitter' is used so there is a video feed, allowing remote monitoring and instant playback, even though the final result won't be seen until the film is developed.

Not the answer you're looking for? Browse other questions tagged cinematography imax no-time-to-die .

9
What are light meters needed for in digital movies?
5
How are first-person perspective videos shot?
2
How are flyover sequences shot?
16
Are lights a worthwhile investment?