Did The Doctor ever meet Doctor Who from the TV series?

Watching Robots of Sherwood, at the end Robin says to The Doctor something to the effect that he too will be remembered as a legend, not as a real person, which got me wondering if there was ever an episode where he met the star of "Tardisman", a TV (or 3D Holocast...) series about the guy who saved London three Christmases in a row etc.

The CyberKing episode had a guy LARPing as him, but that's not quite what I'm looking for.

In 2012 comic, The Girl Who Loved Doctor Who, The Doctor finds himself in our universe, where the show exists. That's the most similar example I can think of. 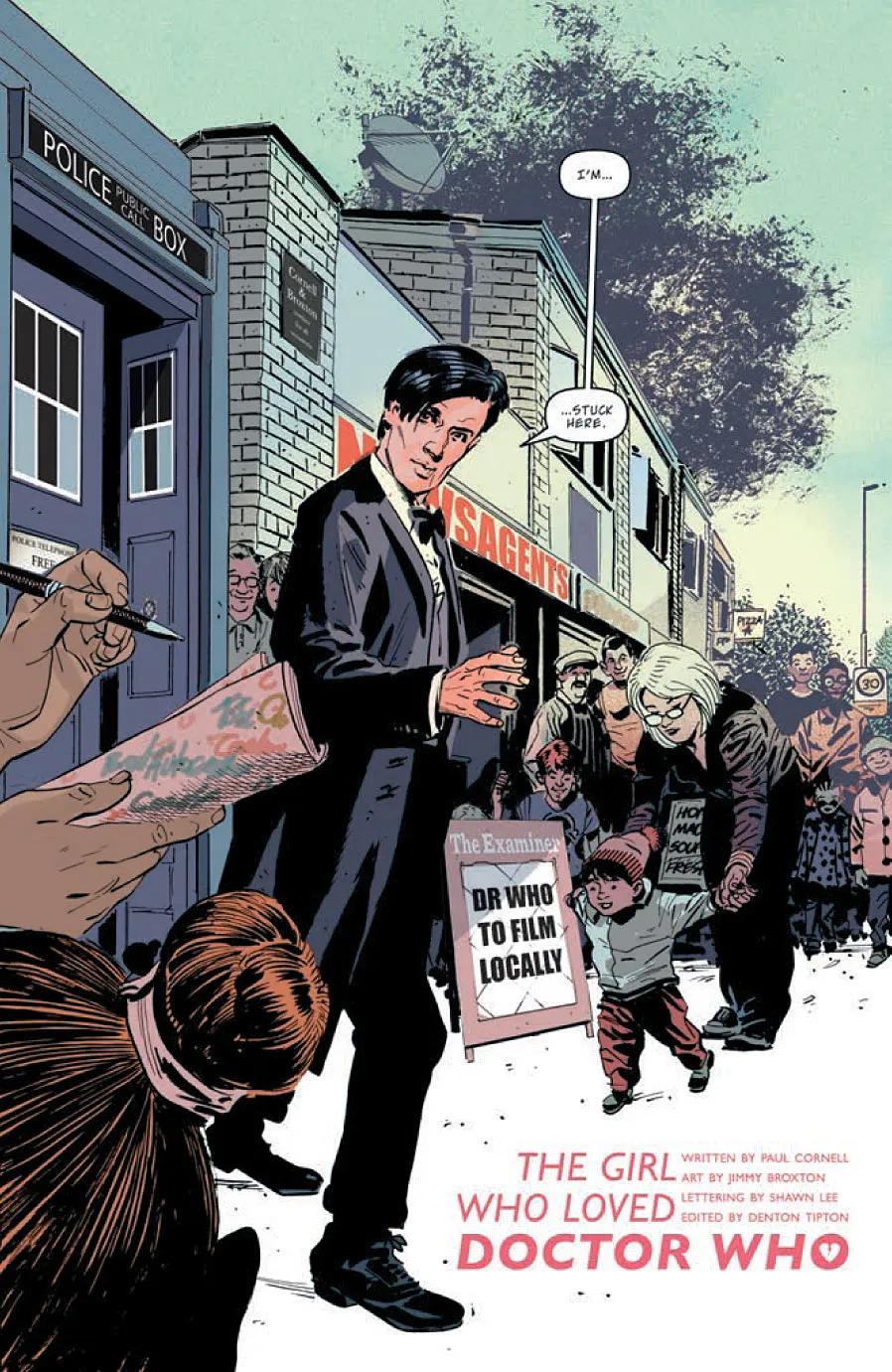 Here is an answer based on the TV series. The 7th Doctor serial Remembrance of the Daleks is set in 1963, the year in which the first episode of Doctor Who was broadcast. It contains a scene in which an announcer on a television says:

This is BBC television, the time is quarter past five and Saturday viewing continues with an adventure in the new science fiction series Doc—

but someone switches the television off before the sentence is finished.

This isn't definite proof of course - it could be that Doctor Who takes place in an alternate universe where there was a different new BBC science fiction series in 1963 whose name began with "Doc" - but it does suggest that the show Doctor Who exists in the Whoniverse, in the 1960s at least.

On the other hand, though, one of the early episodes of the Christopher Eccleston era has a character search the internet for "doctor blue box." He comes up with lots of conspiracy stories about a mysterious time traveler, but nothing about the TV show Doctor Who. This suggests that in the New Who continuity the TV show doesn't exist. I guess we'll have to put it down to disruption of the space-time continuum due to the time war or some such. (Long-term continuity has never been a strong feature of Doctor Who.)

Sort of, but this is weird

Virgin Publishing's The New Doctor Who Adventures Book 43 'Head Games' featured a fictionalized version of the Seventh Doctor in our universe, known as 'Dr. Who'. 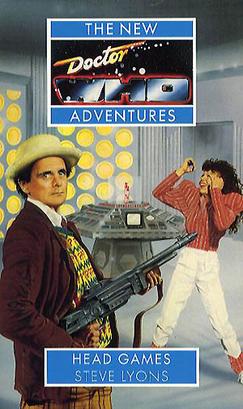 This plot summary explains the convoluted mechanism for this happening:

A flaw in the structure of the Universe is allowing energy from the Land of Fiction to seep through. Things get even more complicated when the fictional energy finds a focus in Jason, the young Writer who was returned to Earth by the Time Lords after the Doctor's last encounter with the Land of Fiction. As the fictional energy floods into this Universe, Jason finds that his wishes and dreams are coming true. A fictional double of the Doctor, Dr. Who, appears in the TARDIS, knocks out the real Doctor before he can enter the crystal, and sends him to the fictional Galactic Prison for the crime of trying to wipe out the Detrians. Dr. Who then picks up Jason, his new companion, and they set off to have neat adventures, beat up green monsters, and arrest the evil Doctor's accomplices.

The Land of Fiction stuff is present, but more in the background than I'd expected. Instead the book's more interested in 'Dr Who' [...] Overall I enjoyed Head Games. It contains massive misjudgements, but they're more palatable these days. Worth a second look.

6
How does Sarah Jane meet the Doctor?
3
In the classic series of Doctor Who, did the UNIT HQ building have a name?
11
Was regeneration planned right from the start of Doctor Who?
9
Does Doctor Who have an end game to the overall story of the season?
15
Who is the Doctor who broke the promise?
7
What is the deal with the name of the Doctor Who Series 10 companion (Bill)?
6
Is Peter Capaldi the only Doctor to play another role in Doctor Who?
11
Origin of the titles "Doctor" and "Master" from Doctor Who
23
How did the original/classic Doctor Who end?