Where did Skeletor's blade come from?

In The 1st Purge, there is a creepy scary guy named Skeletor, who is played by Rotimi Paul. Near the beginning of movie, one of the main characters, Isaiah, who is selling drugs, is attacked by him with a razor by slashing him in his throat. Before he slashed him, he was talking with him and we didn't see the razor, but then it magically appears on his tounge.

How did he put a razor in his mouth without us seeing it? 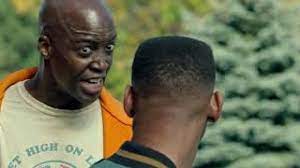 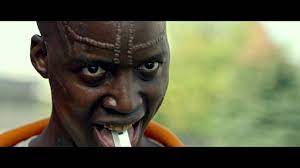 I haven't watched the movie and don't know how this character did it, but it's (apparently) pretty common amongst wrestlers (also in prison) to hide a blade in the mouth.

Usually it's not a whole blade but just a piece of it, and one side of it would be covered with tape or something to make a handle. It's possible to hide it in the space between the teeth and the cheek and just carry it around.

This video shows exactly that, she is talking normally with the blade in her mouth:

There's another video from Urban Survivalcraft that demonstrates a larger blade hidden under the tongue: