Is this scene in dexter a direct reference to a historical painting and what is it?

In Dexter Season 6 episode 7 named Nebraska, Dexter travels to Nebraska to investigate a possible resurgence of the Trinity Killer. In this episode, he's accompanied by his brother as his imaginary friend, instead of the usual Harry Morgan. There's a scene where an innkeeper threatens Dexter with a gun, and Dexter kills him with a pitchfork in self defense.

Immediately after the kill, we see this frame, which resembles a famous painting I have seen before, where a man and a woman are standing in front of an old house. I cannot recall its name.

Is this a deliberate Easter egg regarding that painting, and what's its name? 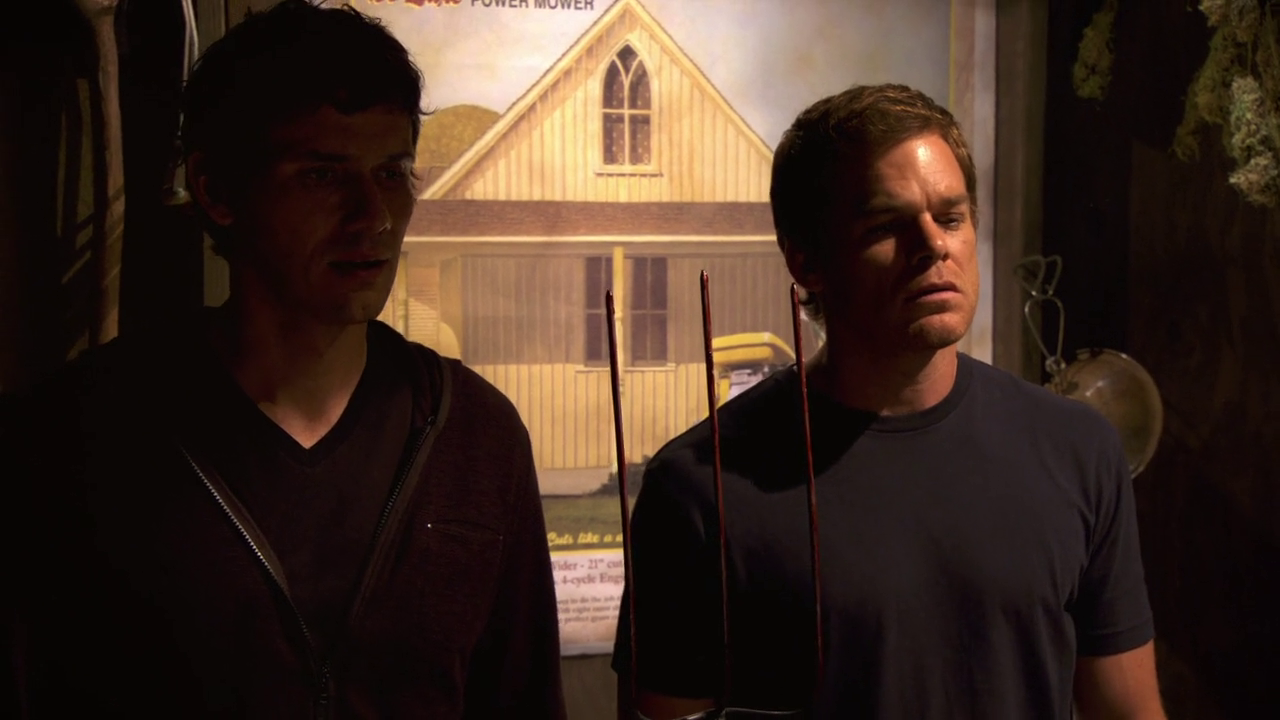 Yes, this is a historical painting called "American Gothic", created in 1930.

It is widely used for parody, reasons are off topic here (it's kind of a meme, before the time of memes), but just one thing to prove it is this screenshot from Sponge Bob: 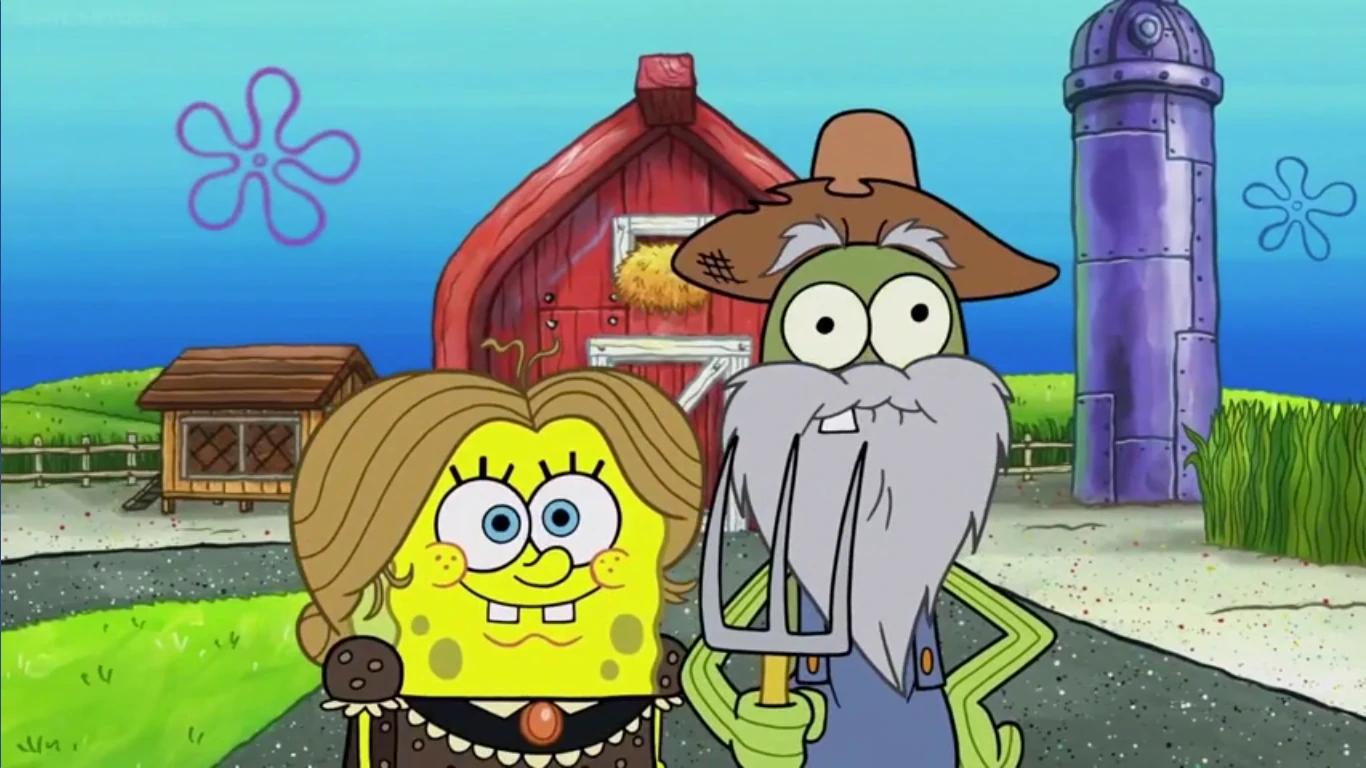 So, this is just another parody, made with the spirit of Dexter TV show.

Not the answer you're looking for? Browse other questions tagged reference dexter .

24
What is the symbolism of using American Psycho protagonist's name in Dexter?
9
What software and web sites are portrayed in Dexter?
17
Is this Green Lantern and Batman reference intended for a Justice League movie?
6
What is this White Horse a reference to
8
What does ending of "Dexter" imply?
7
What was the significance of the last scene of Dexter in Season 8 episode 12?
4
How come nobody in the police found the relation between Brian Moser and Dexter?
8
What did Lila truly want from Dexter?
36
What is this record-destroying scene in Family Guy a reference to?
7
Is this scene in Luke Cage a Godfather homage/reference?