Shots where the characters are small in relation to a still background: do these have a name?

I'm wondering if these shots have a name: shots where the character(s) is sitting or otherwise still and takes up only a small part of the screen, which is also still, i.e. the rest is pretty much a wall or some other clean object? Below is an example from Mr. Robot: 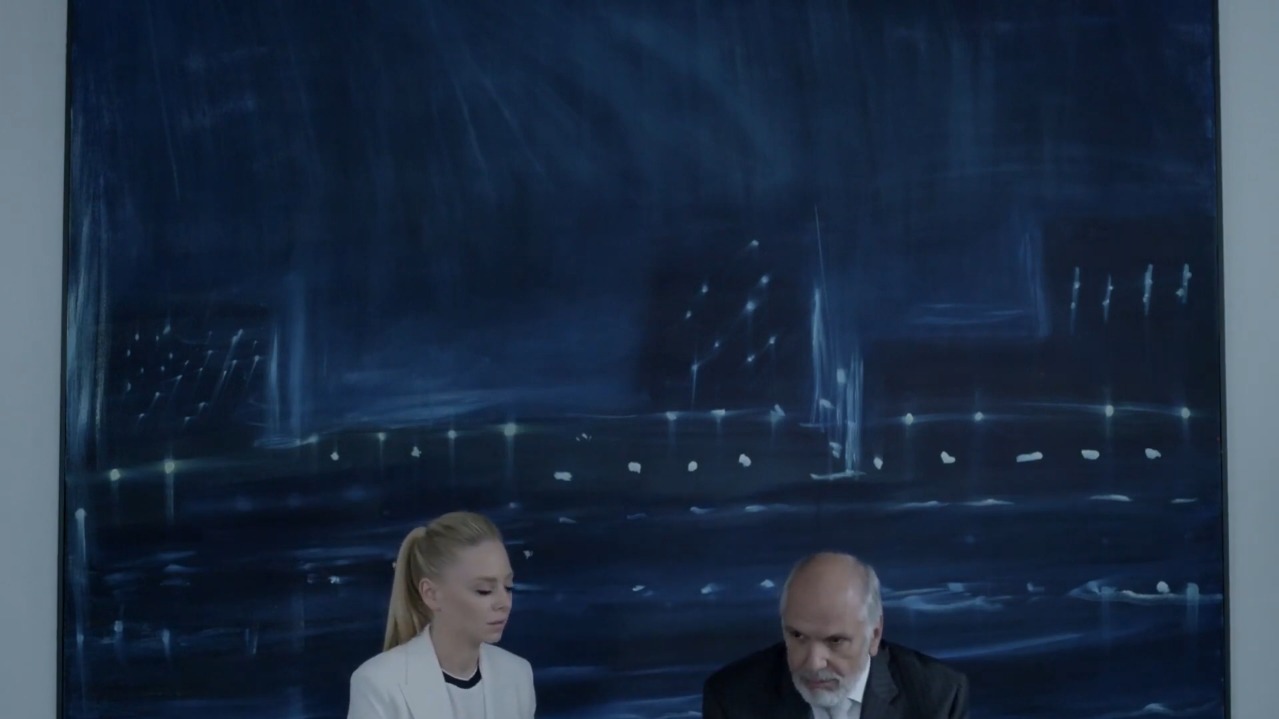 It's an example of 'negative space'.

Mr Robot plays with this a lot, very effectively. It also uses a lot of lower quadrant framing & even adds to the negative space by removing the leading room in shots.

Negative space, in short, is the space in a frame which 'is not the subject'. The subject is the positive space.

Leading room is where, if a character is to the left of frame, traditionally they would be facing to the right, inwards across frame. This is sometimes called nose room. It gives the character a sense of belonging to the frame.
Mr Robot often does the opposite, places a character towards the edge of frame & has them facing out of it. This gives a sense of separation, loneliness, disconnect from the rest of the scene. 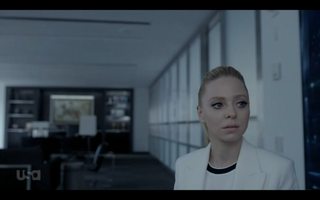 When done with a conversation, it increases the separation between the characters. 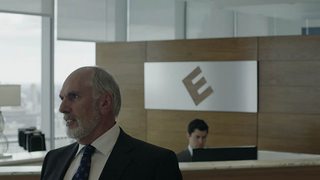 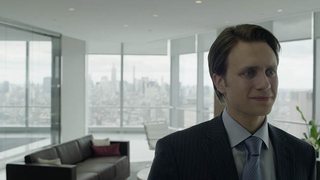 Even facing into frame, there's a sense of 'overwhelming'. 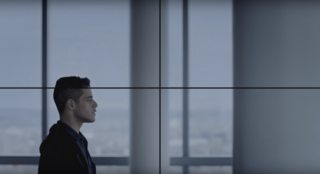 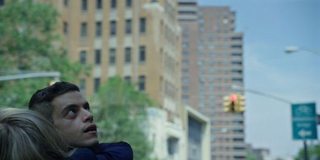 The shot in the question is an example which seems to give the characters the sense of 'lonely together'. Both shrunk into the frame's lower edge, smaller & less significant than the painting behind, taking up little of the overall picture… yet facing each other.

Images from Bold Entrance: How ‘Mr. Robot’ uses lower quadrant framing to create a feeling of oppression and isolation - check out for additional information.

Edit: I was sure something similar had cropped up before - this, though is initially referring only to the lead room - Meaning of a movie shot type with too little of a leadroom

Not the answer you're looking for? Browse other questions tagged cinematography terminology mr-robot .

6
Are time lapse shots of growing plants done in a studio or at the particular places on earth?
6
Name of this device
5
Who are these guys that are following the cameraman?
16
Are lights a worthwhile investment?
7
Is there a name for characters who are not exactly part of the movie but affect the incidents in the movie?
13
Is there a name for a trope where protagonist's family members are kidnapped in the climax of the movie?
3
What is the name for a film that sets up another film?
3
What's the term for some sequel where we see the characters in the original but much older?