In "Team America: World Police", what is this black-and-white flag?

In Team America: World Police, around the 18 minute mark, there is a flag displayed below the American flag: 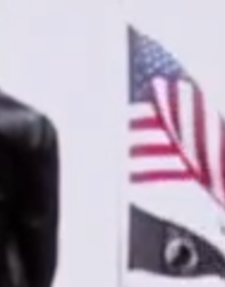 What flag is this? It’s a white circle on a black flag and seems almost like the ISIS flag, but while that would kind of fit the theme, it does not seem exactly right.

It's the POW flag - more properly known as the National League of Families POW/MIA flag.

the POW flag, consists of a silhouette of a prisoner of war (POW) before a guard tower and barbed wire in white on a black field. "POW/MIA" appears above the silhouette and the words "You Are Not Forgotten" appear below in white of the black field. 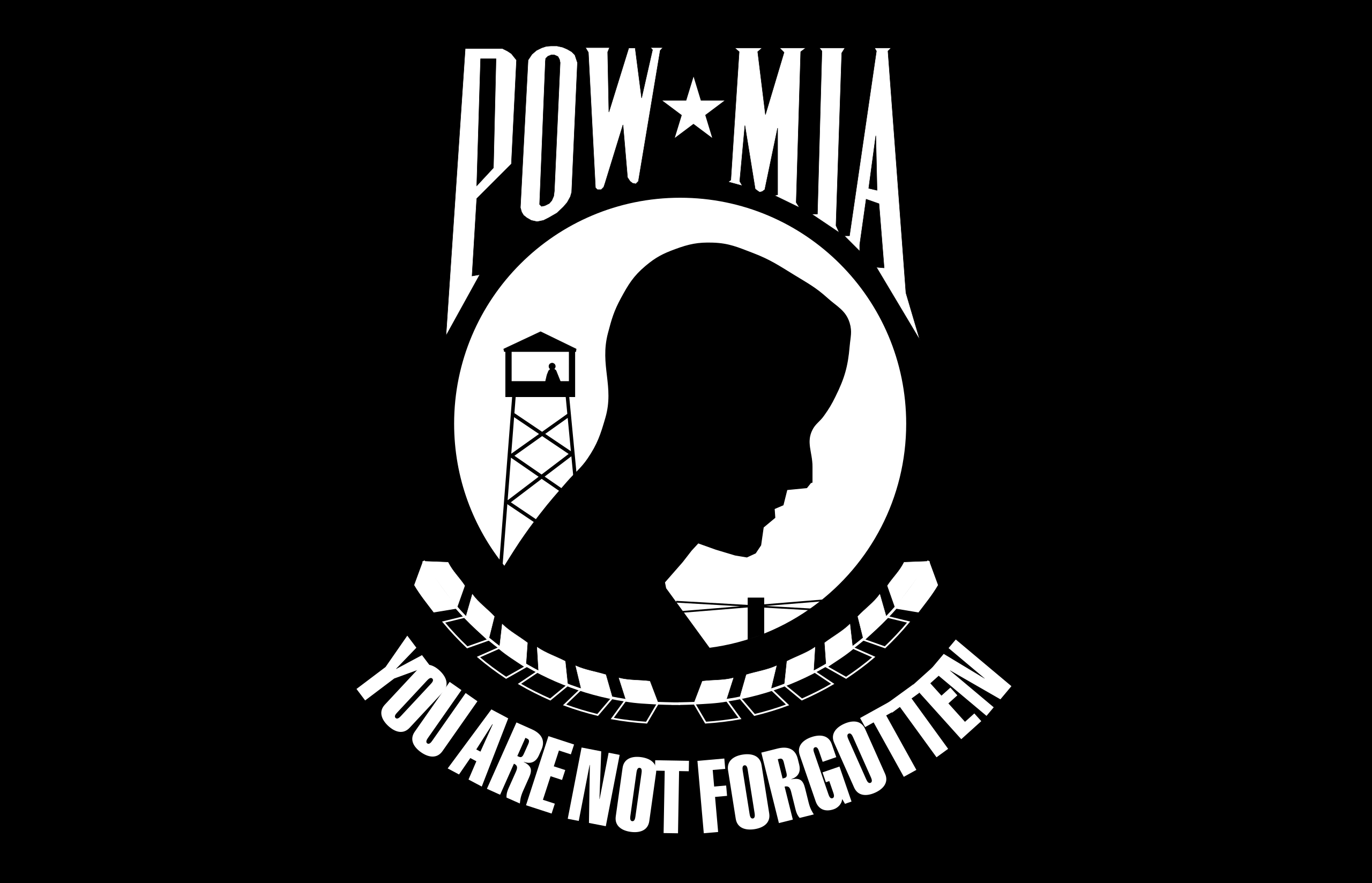 It is the Prisoners of War / Missing In Action flag.

Aka POW-MIA. It is to honor soldiers who were either captured by the enemy and held in prison camps, or who were missing in action, meaning the soldier "went missing" and it is presumed they were killed and their bodies were not able to be recovered from the battlefield.

The flag came into popularity during/after the Vietnam War. In that war, the enemy provided poor documentation of prisoners of war, so "missing in action" often meant "prisoner of war".

As far as how mainstreamed it is, I am reading this at an Iowa rest stop, and as I came in, I noticed the flag was 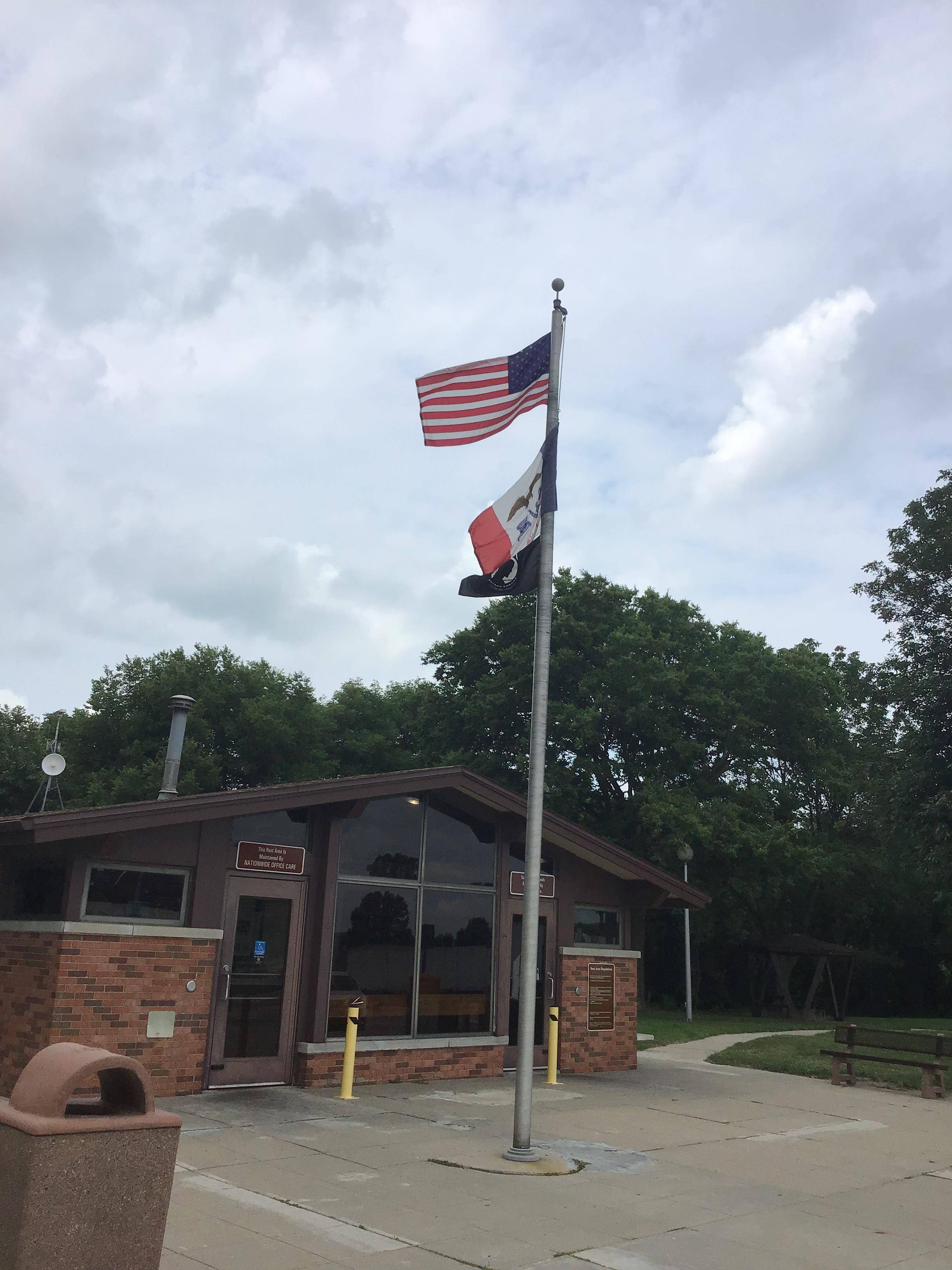 The upshot is that it's not uncommon to see the POW-MIA flag paired with the US flag. In this case the state of Iowa flag is there too, no surprise since the state owns and manages the site. And, obviously, made the editorial choice to include this flag.