What programming language is used in Office Space (1999)? [closed]

Ask Question
Asked 7 months ago
Active 7 months ago
Viewed 247 times
-1
Closed. This question is off-topic. It is not currently accepting answers.

I want to know what programming language do the programmers working at Initech use, as shown in this picture. 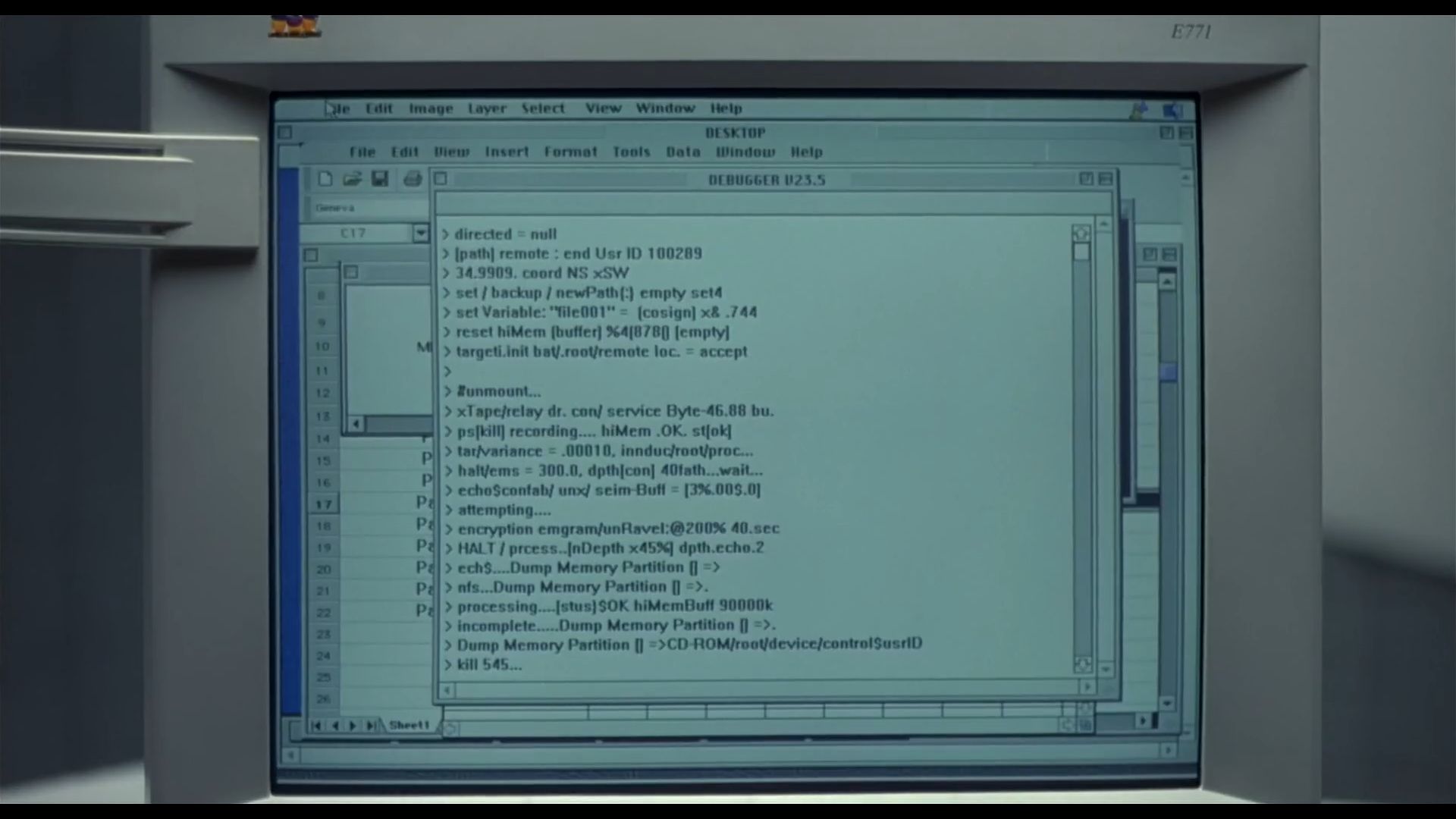 It reminds me of Basic and Batch.

It's unlikely to be an actual programming language - it looks more like a log file.*
And, for sure, it's all made up to be a bit HollywoodOS, but I'm certain a lot of it is 'real', for a given definition of real.

It's Mac OS 8 by the looks of it, with Excel in the background and what to be honest just looks like plaintext, maybe in SimpleText in the foreground.

The window title is just the document name. Mac OS didn't need [or use, though you could add one for compatibility on other platforms] a three-letter extension on a file name, so this type of 'fake' was easy to do.

Looking more closely at this… The frontmost document isn't even a document, it's a picture of one - that's why the menu bar contains Image, Layer, Select. …and also why that window appears to have two scroll-bars on the right; one is in the picture, the other is the 'real' window containing the picture.

There's a linux icon on the menu bar too, which may be responsible for the window you can see with File, Edit, View, Insert etc in the window itself, as Mac apps don't have menus inside windows, only one at the very top. 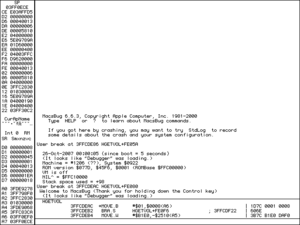 On a purely speculative basis, I'd love it if the image app was a predecessor of Photoshop, which was built as a Mac only app initially [it fits the timeline perfectly], designed in part by John Knoll, of Lucas's ILM, which was later sold off to Steve Jobs under its new name of … Pixar.

BTW, Mac OS apps back at that time were usually coded in Object Pascal.

Trying to look up some of this stuff, unless you really know what you're looking for, can be quite tough, because of the names clash with old & new versions of the Apple Macintosh Operating System… which started life called 'System', then became Mac OS, then OS X & more recently, macOS. This makes searches for "Mac OS" almost always clash with searches for "macOS"

*My very poor reading of the output would say it looks like an attempt to set up an encrypted tape backup. I don't know whether that fits with the plot.

66
What kind of company is Initech?
14
How historically accurate is the film "Office Space"?
6
Did the Bobs want to fire Lumbergh in Office Space?