What Do Sam and Bucky know?

During the events of episode six of The Falcon and the Winter Soldier, Bucky, Sam and Sharon remain in contact via those earpieces that the Marvel Universe seems to have in oversupply. They speak to each other simply by speaking, even in the midst of combat, in disparate locations.

During the course of all this

Karli calls Sharon the Power Broker, which Sharon seems to confirm and points out that Sharon hired Batroc.

Wouldn't Sam and Bucky have heard this? They don't seem to take it into consideration at all later in the episode.

No, because she's not wearing the comms during her conversation with Karli

We can clearly see the comms device in Sharon's ear earlier... 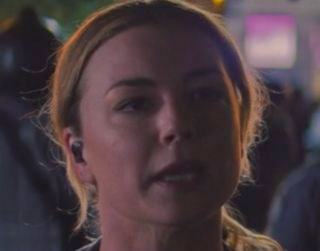 but it's not there during her conversation... 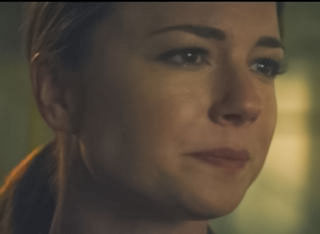 7
How is Bucky even alive?
20
Why should Bucky know Black Widow specifically?
15
Was Steve Rogers supporting Bucky by lying?
3
How did Bucky get the rank of Sergeant?
4
How or when does Bucky get super human qualities?
0
Is there a canonical reason as to why Bucky got "nerfed" throughout the MCU?