What does this tattoo mean in Nobody?

In the movie, Nobody, Hutch is about to get into a fight in a tattoo shop when asking questions about two home-invaders who allegedly stole his daughter's bracelet.

Moments before this fight is about to break out, an older man sees this tattoo from Hutch's wrist, getting scared and runs off.

I am wondering if this tattoo has any real life reference?

I can tell you that in Hold'em Poker (in which each player is dealt two 'hole' cards -- which are cards unseen by other players until a final showdown), 7-2 unsuited is pretty much the worst possible hand you can get (you can't get a straight with them, you're unlikely to get a winning flush, and they are the lowest non-connecting cards in the deck, which are easily beat by higher cards. Typically, you want to hold "Aces up your sleeve," but here, he's got the worst hand...and he got it tattooed on his wrist (where a hustler would hide cards).

I think this can be interpreted a few different ways...but this is what I thought of: He is a bad ass mf that can win even with shite hands...through sheer force of will, cunning, or bluffing. Or HE'S the bad hand that his opponents should fear being dealt...

The context of the scene implies very clearly that the tattoo was some form of military ID, probably from some feared elite unit.

The guy in the shop who sees it immediately says something like "thank you for your service" and then gets the hell away from the room despite there being 4 large burly people with weapons versus the somewhat smaller and scrawny Hutch Mansell.

This implies not just that the tatoo identified Mansell as some sort of ex-military person, but also a member of some unit with a fearsome reputation (like Britain's SAS or the US Navy Seals).

However, basic image searches I've tried have not returned an obvious hit that identifies a specific known unit using that image. But perhaps others will find an example with a more thorough search.

As has already been said the scene clearly implies that it is a military tattoo. I think I can explain further. The old guy is obviously ex military and of the 'seen and done everything in my time' variety as evidenced by his knowing everything about the out of date FBI card from a half glance. The other guys in the store respect him.

From his stunned reaction, and the effort they've put into showing that this old guy knows things ordinary people don't, we can assume that this is not any special forces tattoo but most probably one from a unit (fictional) which does not officially exist and few know about.

As for why the cards, if they are the worst hand you can get then I'd say its fairly obvious that it means the unit is regularly in extreme situations with no back up. They don't have an ace up their sleeve, they have the worst hand imaginable, meaning they are used to having no assistance of any sort because officially they are not even there so the whole operation is always deniable.

In cartomancy, the Two of Diamonds over the Seven of Spades means "bad news, you are going to die soon". 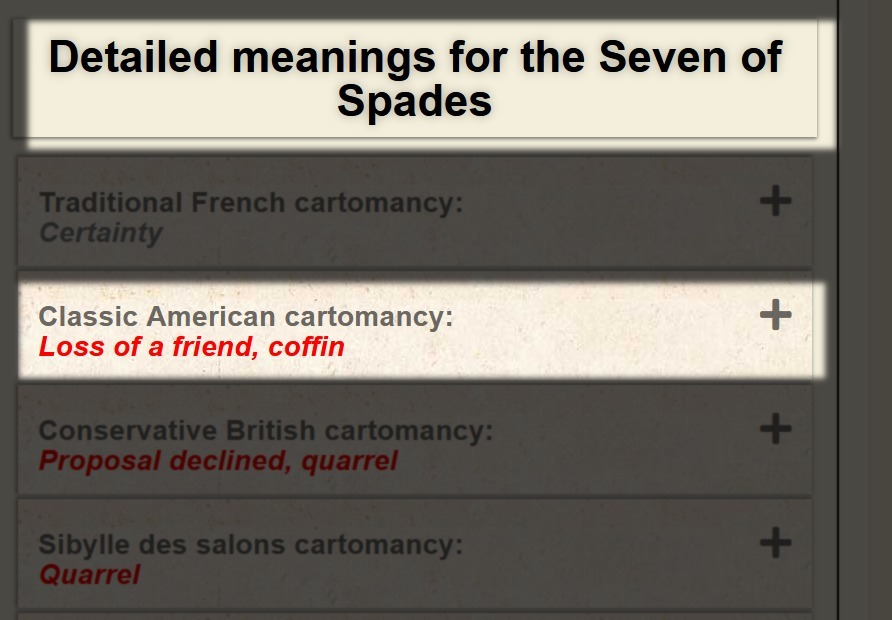 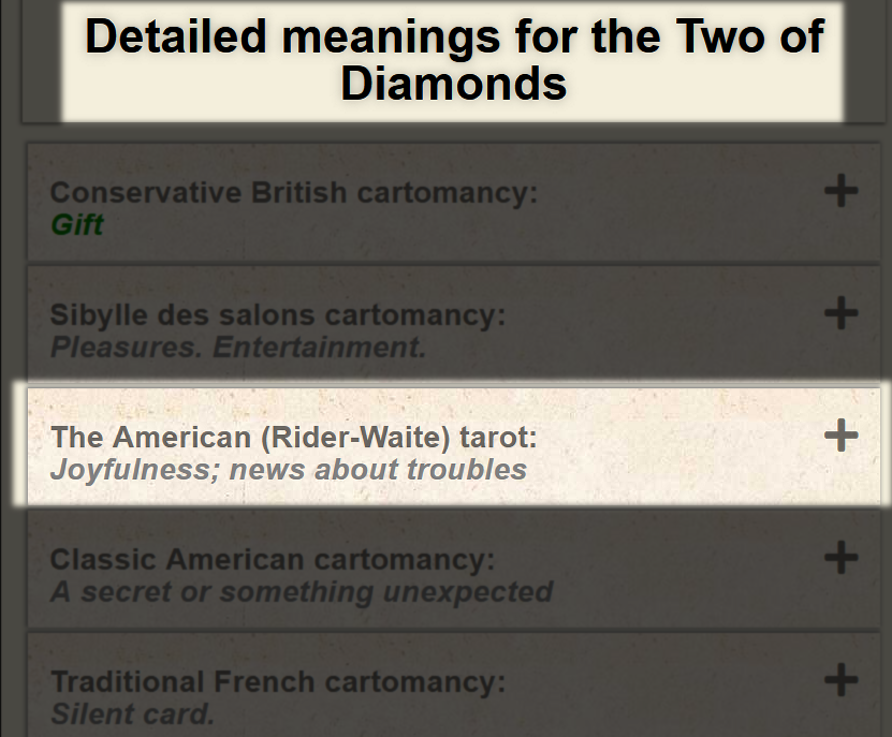 During the 2003 invasion of Iraq, President Bush used playing cards to help solders identify the most wanted members of Saddam Hussein's government. I think Hutch killed or captured the members associated with those two cards.

My interpretation is based on him saying he was an “auditor”, the last thing anybody wants to see. This is the worst possible hand to be dealt, so to a poker player it’s pretty much the last thing you’d want to see.

Not the answer you're looking for? Browse other questions tagged nobody .

3
Why did Hutch take the painting?