How did the Death Eaters physically escape from Azkaban? 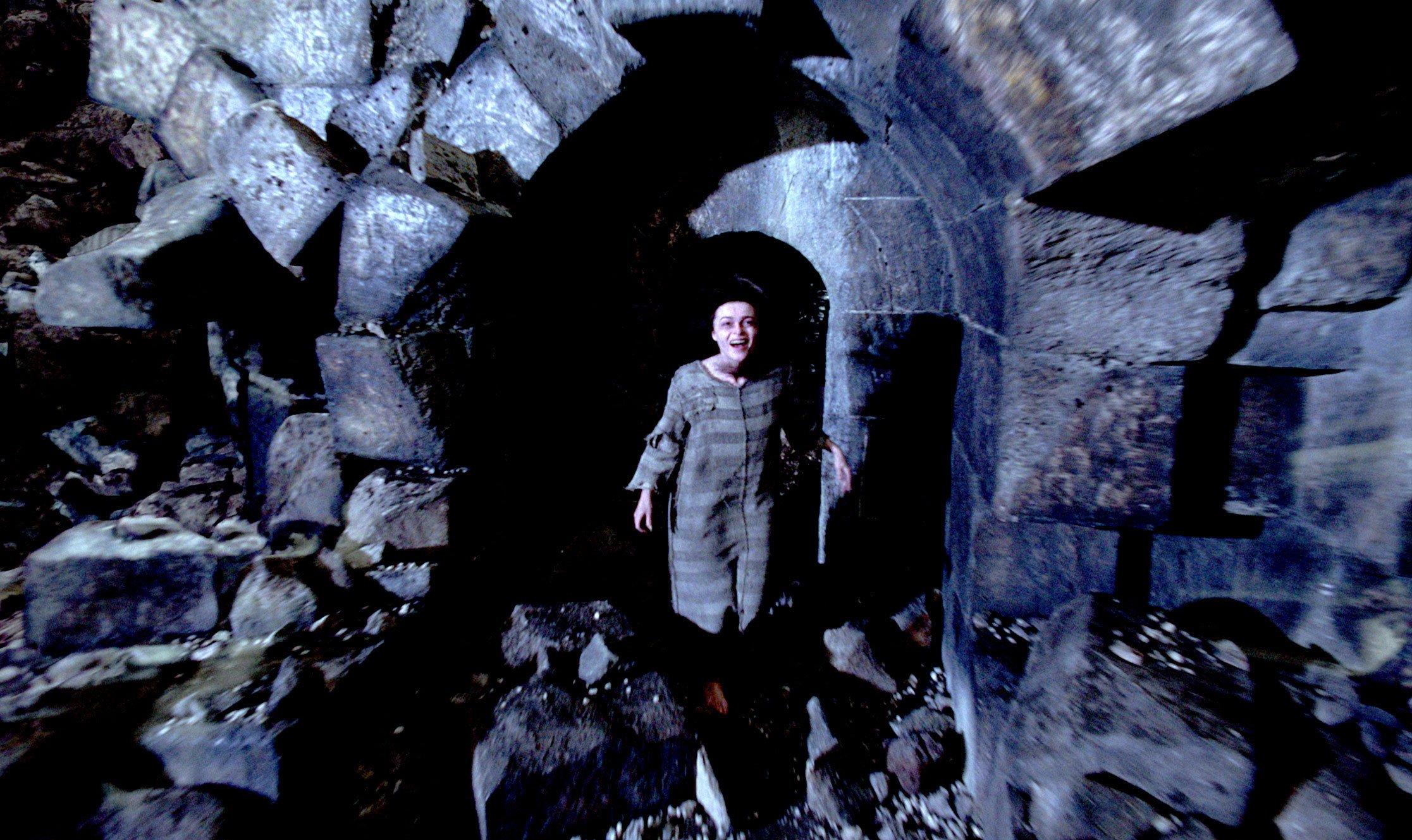 How was Azkaban guarded? It was guarded by the Dementors, who would catch and punish anyone trying to escape. They might lose their soul to the Dementors too. Hence, the prison was actually dependent way too much on the Dementors. As we know, when Voldemort had been reborn, the Dementors sided with him. It is impossible for anyone to "break" out of Azkaban without the Dementors knowing about it. Even Sirius could manage to escape only because of being an Animagus. The Dark Lord and his supporters could simply have had a deal with the Dementors for letting the Death Eaters escape. The Dementors would have ignored the escape. Once they had the Dementors on their side, freeing the death eaters was only a matter of "breaking them out" from the wall. Hence the hole in the wall - which was done by the Dark Lord or his supporters. Even though it is not mentioned explicitly that Dementors had sided with Voldemort, it was because of the Ministry cover-up. They had already started drifting towards Voldemort.

Please also note that the Dementors themselves cannot do any magic such as blasting holes, etc. They are beings who feed on emotions, and can affect only emotions of people. That is the reason they cannot be defeated by mere magic - you require a Patronus, which is the physical form of an emotion - happiness, that can fight a Dementor. Hence, the belief that the break out was orchestrated by the Dark Lord and his supporters with help from the Dementors.

Note: My answers are based primarily on the books themselves and do not use many details (or lack thereof) from the movie.

Azkaban is/was the most feared prison in the London side of the wizarding world. This is because of the cold dark cells combined with the Dementor guards. During the time that Voldemort was left powerless, the Dementors had nowhere to go. So the Ministry employed them into Azkaban in order to keep them under control in a sense and to further discourage wizarding crimes.

The main reason no-one escaped from Azkaban ever was because the power of the dementors left the prisoners in such a state of apathy that they felt escape was pointless and even that wouldn't bring happiness back into their minds.

The ultimate punishment for an offending wizard was not to be sent to Azkaban as a prisoner, but to have performed upon them what became to be known as the Dementor's Kiss. This act would allow the Dementors to unveil their hood and suck out the soul of the offending wizard, leaving them as an emotionless husk for the rest of their days. A fate considered much worse than death or anything Voldemort could accomplish during his reign of terror.

In the 3rd book, the dementors didn't escape. They were merely allowed to hunt down the only escapee to ever come out of Azkaban: Sirius Black. This act was only performed by Siris because he was an unregistered Animagus someone who could turn into an animal at will, but did not register this ability of his with the Ministry of Magic. Without that information, the Ministry had no clue how he could escape and unleashed the Dementors on the world due to essentially panic on their part.

Sirius figured out this trick due to noting the Dementors had no actual eyes to see with, they merely felt their way around using people's emotions. For whatever reason, they are unable to do this with animals so by turning into a dog, Siris was able to literally walk right out of Azkaban.

Now, jump ahead to the 6th with people being broken out of Azkaban. The Dementors themselves are only magical creatures but they themselves are not capable of magic as humans are. Therefore, it must have been Death Eaters themselves that either blew a hole into the prison using basic spells or even the Dementors decided to stop feeding on the imprisoned Death Eaters and allow them to simply leave the prison due to Voldemort's return and guarantee of fresh food.

I do not think that the Dementors did it, as they were not on Voldemort's side at the time. Another theory is that the storm was created by his followers who were still at large and the storm blew a hole in the wall.

I believe we can agree that with most wizards if their wand is taken the fight is over. Prisoners aren't allowed wands, but what prevents wandless magic. Operating under the assumption that there is nothing blocking wandless magic (as Sirius was able to use his animagus form), what's to say they only use a simple locking charm and maybe a key on the cells? Dementors don't have wieldable-wizard magic, but they do have hands. It's possible that they simply handed the keys to someone and a prisoner managed to undo the magic locking charm. I'm also quite sure that, even though the prisoners would have had no contact with the outside world, they would be ready at a moments notice to escape Azkaban. In another scenario, how hard would it be for a death eater or sympathizer on the outside to cast an Imperio on one of the aurors/ministry personnel? Then they could just instruct that person to hand their own wand over to the prisoners in question. Of course, if that were the case, the Ministry would never make themselves look bad in front of the press, so would omit the specifics and chalk it up to escapee-extraordinaire Sirius Black. Assuming there are not 101 other ways to break out of Azkaban prison.

Kreacher had by this point, returned to Bellatrix. We already know that house elves can apparate and disapparate into places where witches and wizards can't (e.g. Malfoy Manor & Dobby). So I'd say Kreacher apparated in/out with the death eaters, and the dementors weren't able to see what was happening due to being blind. They would have sensed prisoners leaving but perhaps didn't have time to stop it from happening.