Who was the ghoul in the basement of Hill House?

In episode 3 of The Haunting of Hill House Luke uses a dumbwaiter to explore the property, with Theo's assistance. After a mishap with the dumbwaiter buttons Luke is lowered to an uncharted basement and is attacked by a ghoul.

Most of the ghosts the Crain family encounter are explained later as former residents of Hill House, such as Hazel Hill, Poppy Hill, or William Hill as notable examples. The ghoul does not seem to be named, and further investigation of the basement by both Theo and Hugh reveal no identity.

Which Hill family member was the ghoul in the basement? Is it an unnamed House resident or somebody who could be identified? 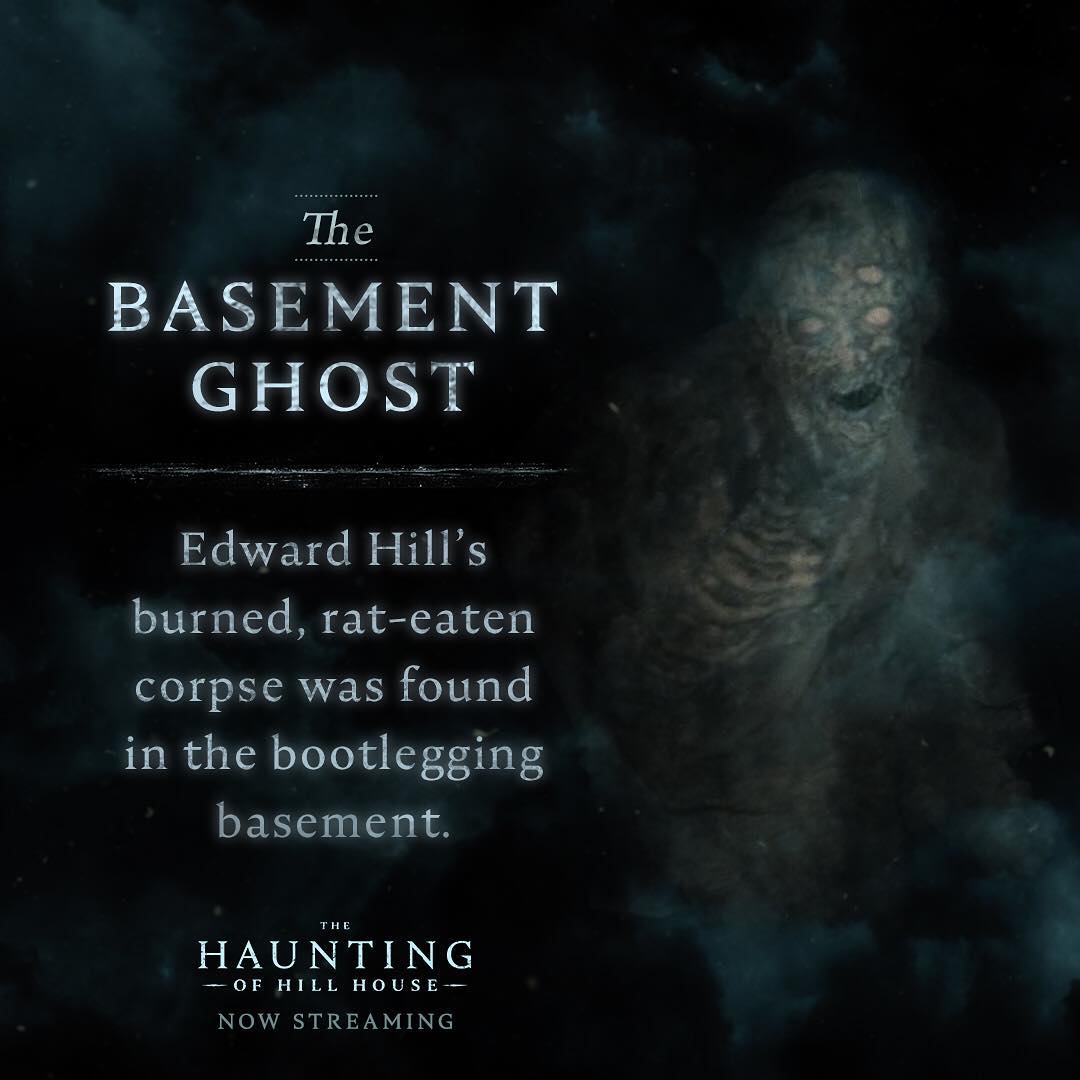 Someone involved with the show was active on Reddit and posted some background stories before the show was released, according to this:

u/Count_To_Seven wrote some stuff on this prior to the show's release I believe. They're affiliated with the show, and the stories they told gave backstory to Hazel, Jacob Hill (Hazel and William's father- who owned the dogs the kids always heard) and Hazel's son Edward Hill, who is the basement ghost. The link to that specific story is here: https://www.reddit.com/r/nosleep/comments/9j4to8/the_boy_at_the_window/, and the others are on Count_To_Seven's post history.

There is also some info in this other story:

During prohibition, Hazel was believed to operate a lucrative bootlegging trade out of the basement. Maybe that’s how she knew where to look, that sealed up place long forgotten. She found her son there, a burnt corpse among moldering barrels. If only she’d gotten to him before the rats did.

A fan made this family tree, based on the show and those associated stories, though it might contains some errors (see the comments).

Not the answer you're looking for? Browse other questions tagged the-haunting-of-hill-house .

1
Why do all members use to go into Hill House at night time only?
10
What is the reasoning for casting two actors to play young and old Hugh Crain?
2
Who wrote 'Welcome home Nell" on the wall in 'Haunting of the Hill House'