Was the choice of music part of the creation of silent films?

As I understand it, the music that accompanied silent films in the 1920s was done by having an organist or possibly an orchestra pit in the theaters, playing live music while the audience watched the movie. But where did the selection of music come from? Did the director generally choose the music as part of the movie-creation process; similar to how it is done today? Or did individual theaters decide on their own what to play?

What I'm really getting at is that today, the background music is as much a part of the movie itself as the dialogue and visual effects. If you watched a modern film with the background music replaced; you would say that you watched an altered/different version of the movie. Is this true for silent films from the 1920s? If I watch a movie that's been released on DVD, should I have any expectation that the music I hear is the same selection as the music that was intended to go with the film in the first place?

The answer is that usually the director had no say over the music score and if you saw a movie in two different theaters you would hear two different music scores. There are exceptions though.

In 1915, director D. W. Griffith hired Joseph Carl Breil to write a score for his epic but racist film Birth of a Nation. Many times, studios would commission a music score for a film that could be used if a theater owner wished to use it. Short films rarely had a music score. 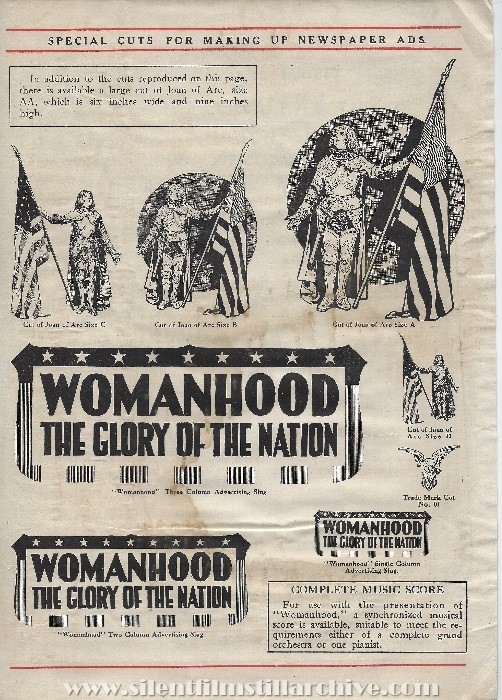 For example, here is a press book for Womanhood, The Glory of a Nation (1917). In the lower corner, it says,

COMPLETE MUSIC SCORE For use with the presentation of "Womanhood," a synchronized musical score is available, suitable to meet the requirements either of a complete grand orchestra or one pianist.

Even in this case, the director may have had some input on the music but it was compiled by studio composers. 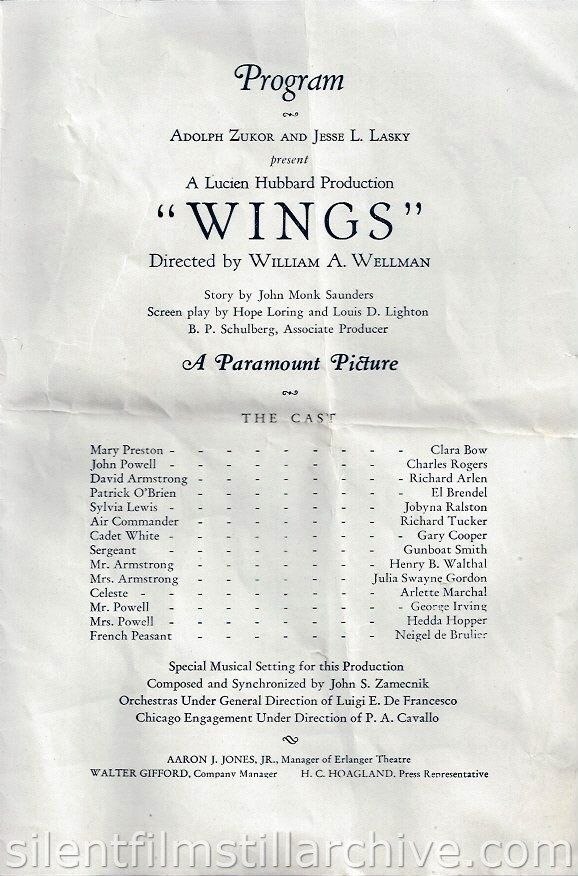 Here is a program from Wings (1927) screening at the Erlanger Theater in Chicago. Paramount commissioned J. S. Zamecnik to write the score. The Erlanger was a large theater with a big orchestra, so it was probably a wonderful experience. And the Paramount BluRay of Wings does have his score recreated on the disk.

There are several reasons why there was no official score to most films. Unless it was a big blockbuster that would play a theater for weeks, most films only showed a few days, or even just one day in a theater. Having to purchase a new score and rehearse it several times a week was not practical.

Only big theaters had big orchestras. Theater organs only came into standard usage in the mid-to-late 1920s. Big theaters would have the organ play afternoon matinees, because it was too expensive to have a full orchestra work all day. 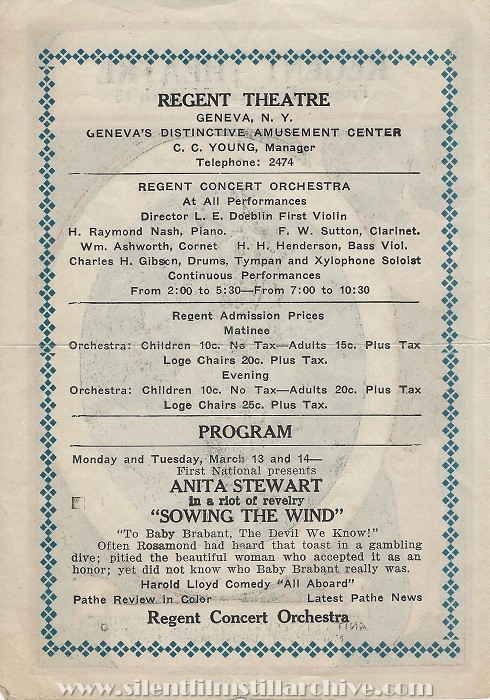 Another problem was that silent films had no set projection speed. Theater owners might run them faster than intended just to get in an extra show. If the film runs faster, the "official" music score would not fit.

And finally, silent films were subject to censorship in different areas and some scenes or intertitles might be cut. This would make the music score be longer than the movie.

Photoplay music was available from some composers, like the same J. S. Zamecnik who had moods for chases, love scenes, crime scenes, comedy scenes, etc. If a pianist or group could memorize these music themes, they could score any film. Rodney Sauer of the Mont Alto Motion Picture Orchestra has some information on photoplay music on his website. His group has scored many silent films and plays at film festivals.

Ben Model is another piano accompanist who has scored dozens of silent films on disk. He will tell you that many times at festivals he has had to provide accompaniment even though he had not seen the film. His music blog describes all kinds of silent film music topics.

Instead of having spoken dialogue and background music synched to a film like you see today, silent films had a particular style of sound accompanying the motion pictures. The earlier silent films were accompanied by a phonograph recording or, more commonly, live music, such as a guitarist or pianist. Just like contemporary film, music was seen as essential to the viewing experience, reinforcing the atmosphere or mood of a film as well as providing the audience with emotional cues. Theaters in small towns usually had piano accompaniment, while larger theaters would bridge the gap between a piano and a full orchestra with massive theater organs.Though sheet music was provided for use with each film, the theater organists and pianists would improvise dramatic flourishes to emphasize some of the more intense screen moments.

Musical scores for early silent films were either improvised or compiled of classical or theatrical repertory music. Once full features became commonplace, however, music was compiled from photoplay music by the pianist, organist, orchestra conductor or the movie studio itself, which included a cue sheet with the film

Not the answer you're looking for? Browse other questions tagged production soundtrack cinema-history silent-movie .

19
Why the discrepancy between the sound levels of dialogue and music in older movies?
12
What comes first, the music or the take?
240
How did they make cars fall apart in old movies?
5
How does movie music staff know all the less known songs?
7
Did the original airing of Warehouse 13's pilot include the song “Disturbia”?
2
What's with the music in the TV series “Stalker?”