Why did Ben calmly show up in the window instead of shouting “Help!”?

In the original 1968 Night of the Living Dead, Ben gets shot by the posse when they mistake him for a ghoul.

What puzzles me is that Ben, having heard sirens and gunshots outside, and then even seeing alive and armed people out of the window, nevertheless silently points his gun at them — instead of say shouting "Help! I'm alive here!": 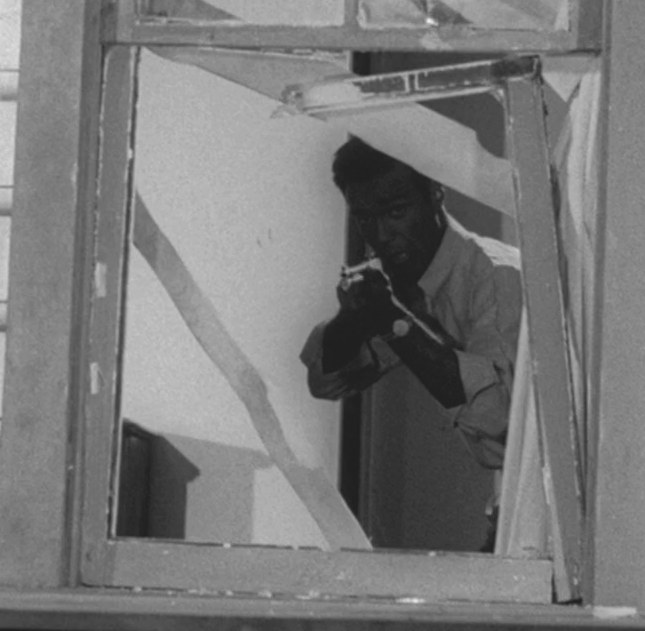 That strikes me as completely inconsistent with his sane and rational mind throughout the film.

Also, the fact that he is holding a gun apparently does not make the posse doubt that he is a ghoul. Yes those dead things were known to not be completely dumb and be able to use tools (e.g. smashing doors with table legs) but still they are pretty easy to tell from alive people, at least at distances close enough to shoot them between the eyes: 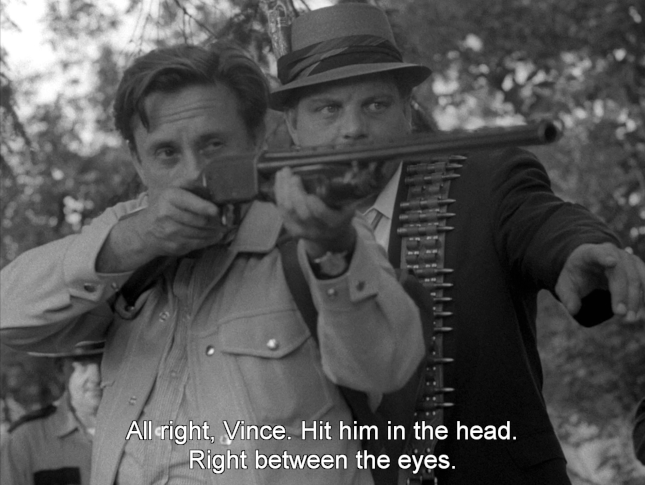 So, what was that? A not-well thought end of the plot? Like the film creators wanted it to be completely sad and tragic but failed to make it make sense? Or a hidden message, possibly to allude how black people were treated by law enforcement whites?

Related: Why did Romero cast a Black actor as the lead?

5
Why did Romero cast a Black actor as the lead?

11
In Secret Window, why did the dog have to die?
8
Why did Ben try to help Dan?
14
Why did Ben manipulate Locke into not entering the code?
5
Why would Pops help build Cyberdine instead of just destroy it?
1
Why ask Billy for help instead of Castiel in S12E09: First Blood?
5
Why did Romero cast a Black actor as the lead?
5
Why did Raymond receive the inheritance instead of Charlie?
4
Why is “Night of the Living Dead” banned in Gemany?