Why “Laura Morris” in Mrs. Doubtfire?

Toward the end of Mrs. Doubtfire, the Hillards seek a nanny and cross potential candidates off of their list: 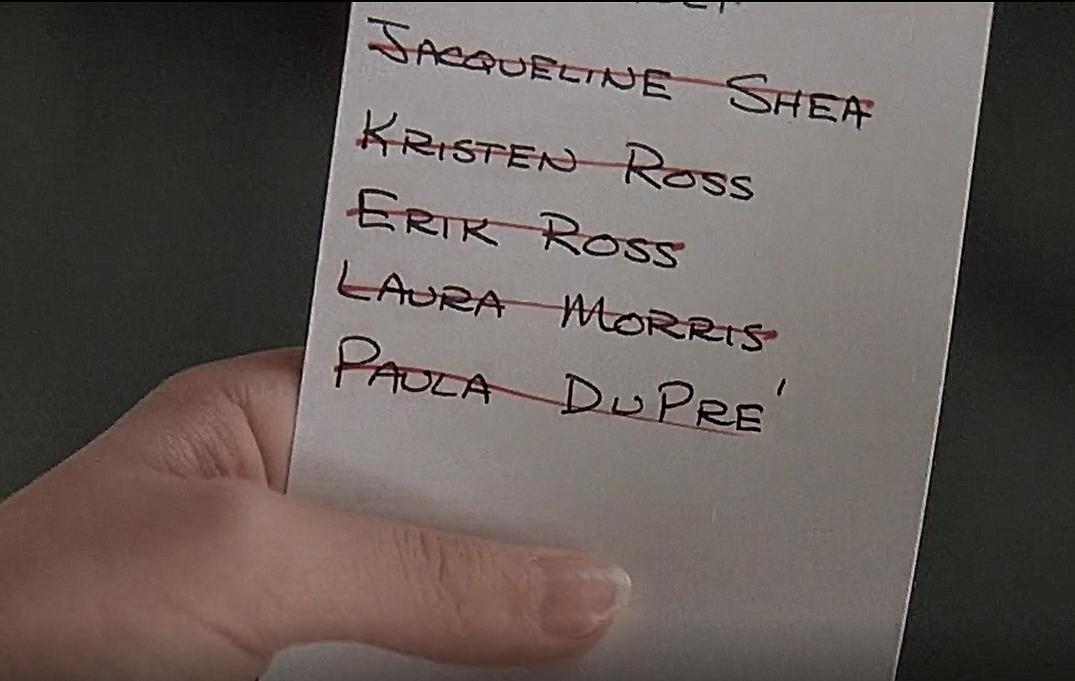 According to IMDb, Jacqueline Shea was a production coordinator on the film, Kristen Ross an art department coordinator, Erik Ross an office production assistant, and Paula DuPré an associate producer. Who, if anyone, was Laura Morris, or why was the name used on the list? She doesn't appear in the IMDb list of credits for the film.

19
Who is the first impression when Robin Williams is becoming Mrs. Doubfire?