Why do Tom and Jerry wave their hands vertically?

When Tom and Jerry want to say goodbye to another characters (including themselves) they always wave their hands vertically instead of horizontally. Why do they do it in that way?

Here's a picture from a scene: 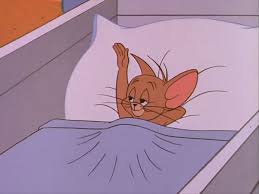 This is listed by Wikipedia as a "common" type of wave:

Another common wave is to raise one's hand and repeatedly move the fingers downward toward the palm.

Wikipedia also seems to suggest that this style of wave originated in Europe:

Waving the hand to say "hello" or "goodbye" [in Europe] is done by moving the fingers down towards the wrist and back to an open palm position while keeping the palm facing out.

It's worth noting that almost all White Americans are descended from European immigrants in some fashion. This explains why a) the gesture sometimes appears in American pop culture, and b) viewers from outside Europe and North America (such as yourself) may not recognise this style of waving.

Not the answer you're looking for? Browse other questions tagged character tom-and-jerry .

8
Did Tom ever catch Jerry?
6
Why was Amy postponing the inevitable and was it inevitable at all?
7
Why is Alex Kirkman disappointed in Tom Kirkman for what happened to the Syrian refugees?
9
What purpose does Bran serve by still greenseeing into the past?
7
Meaning / interpretation of weird Tom & Jerry scene?
4
Is there any reason why THIS character had no apparent interest in Moff Gideon?