Did Hugh Jackman really tattoo his own finger with a pen in The Fountain?

In The Fountain, there is a scene where Tommy (Hugh Jackman) uses a fountain pen to tattoo his finger with black ink. 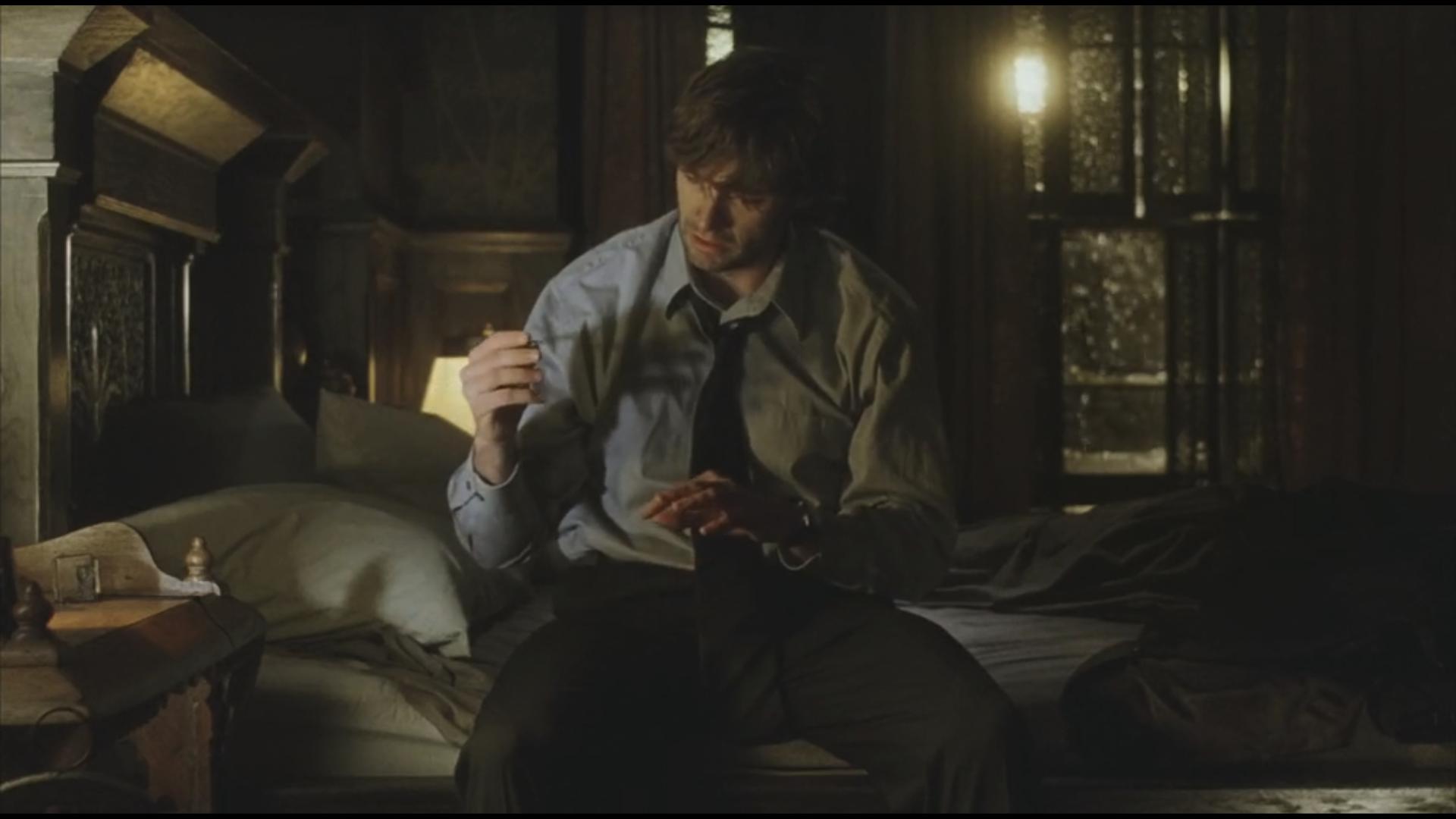 The scene shows a close-up of the pen piercing the skin and blood coming out, and then going in again with ink.

How was this scene done?

Did someone really tattoo their finger? If so, who? Was it Hugh Jackman or a stuntman? Who was the stuntman?

What kind of ink was used and was it permanent?

In the scene, the skin is only pierced in 2 dots, and later his finger appears to have make-up, but those 2 pierces seem real, so that's what I'm asking about.

"Cut, reset. First positions please. Going again."
What would they do for take 2? No-one ever gets it in the first take[1]. It's almost certainly a prosthetic. I don't even need to watch it to guess that.

If you can see him and his hand in sufficient detail, and if it's not CGI, then it's a prosthetic laid over his real finger, which can be punctured without hurting the actor. The ink could be in the pen, the blood in the prosthetic. For take 2, there's always a new prosthetic, even if it takes 15 minutes to fit. Such prosthetics are made of a synthetic silicone rubber type structure, made in a mould then 'glued' on with an alcohol-soluble glue for easy removal. It's known as 'Pro Bondo' though I don't know if that's a generic description or a trade name.

I can describe a similar occurrence in The Great, which basically had no CGI, so all had to be done with prosthetics, makeup and clever editing.
Catherine cuts her hand to demonstrate how the smallpox vaccine will work. On set there's a shout "OK, hold still there. Keep the knife in place. Make-up, blood please. Thank you. Aaand ready… action!" Afterwards the blood is wiped off, we all go back to do it over, until camera and the director are happy.
The rest is in the editing.

[1] That we can all think of one famous example that was actually done in one take does not make this any less true. I'm not sure that adding these to the comments really helps.

Extrapolate our OP scenario. Hugh sits there, all ready to go, sharp inky pen in hand. 1st AD shouts "Action!" Hugh perfectly jabs his finger exactly as per script, then goes, "Ow, Jeezus! That hurt" and jerks his hand away. Take two has one bloody, inky dot in the middle of his finger. What do they do, start over on a different finger until they can get one take where he manages to man it out… thus spending the rest of his life with stupid dots on 6 different fingers?
No, that's not going to happen.

Why does "No-one ever get it in the first take"? now added as a separate question, after 20 or so comments.

Not the answer you're looking for? Browse other questions tagged stunts the-fountain .

18
What is the relationship between the three intertwined stories of The Fountain?
12
In Swordfish, did they really fly a bus underneath a helicopter in downtown LA?
2
In the American version of The Girl With the Dragon Tattoo, was the falling water-bottle an accident?