Have any celebrity guests noticeably "aged" over the course of their appearances on The Simpsons?

The Simpsons has been on the air for over 30 years. In that time it has become known for frequently casting celebrities in guest roles. Many of these celebrities play themselves, or their characters resemble the actors voicing them1. In the time that The Simpsons has been on the air has a celebrity made multiple guest appearances where a) their on-screen likeness is modeled after their actual physical appearance and b) the likeness of the character has changed between episodes, reflecting the aging of the celebrity in the real world between appearances on the show?

1 ex: David Duchovny and Gillian Anderson voice Mulder and Scully respectively in "The Springfield Files". They do not technically play themselves, but the characters look like the actors voicing them.

It seems one example would be none other than Matt Groening himself.

The first time he appears in the Simpsons is Season 15, Episode 17 "My Big Fat Geek Wedding". He's a guest at the Bi-Mon-Sci-Fi-Con. He's very eagerly meeting his fans, signing autographs, gifting drawings, giving people snippets of his hair: 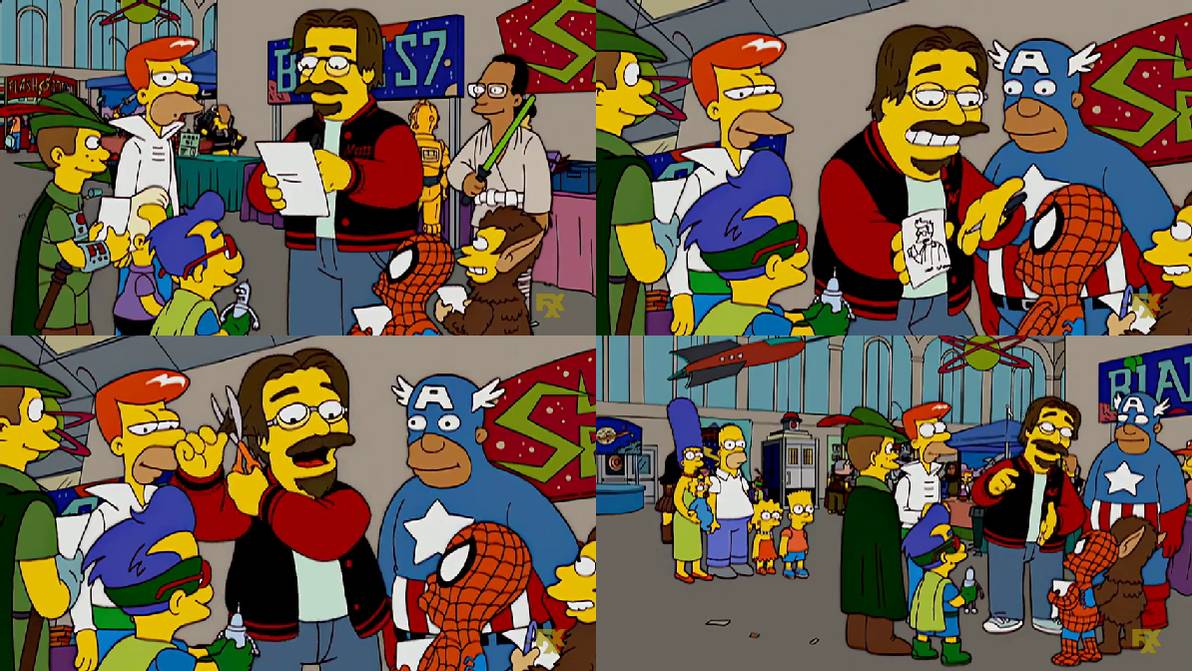 He appears again in Season 21, Episode 1 "Homer the Whopper" filling up the back of a truck with Bongo comics mumbling "I'm so rich". 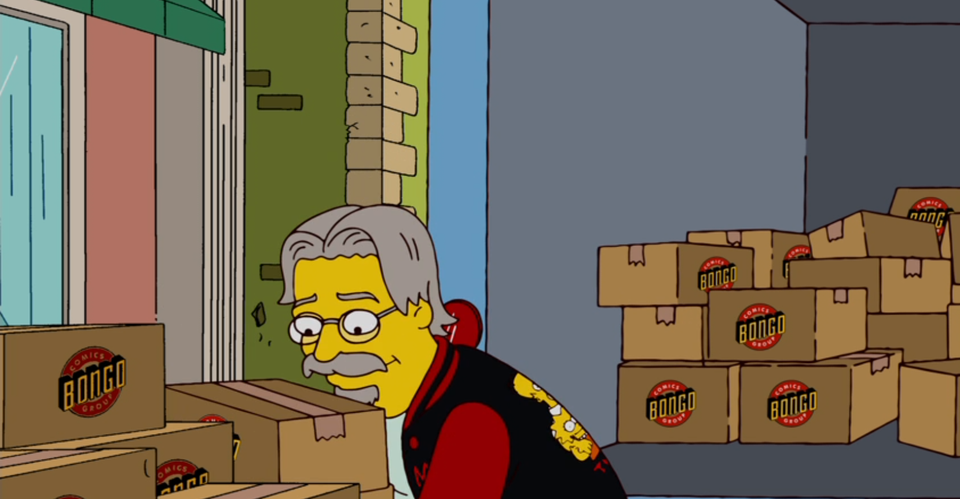 He then re-appears in Season 32, Episode 7 "Three Dreams Denied" as a background character. Although this wasn't a speaking appearance. 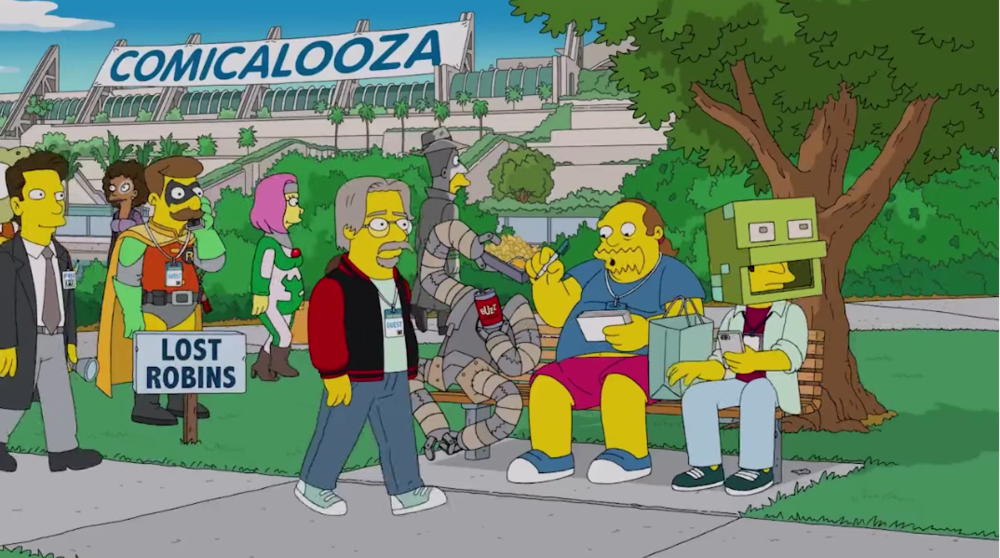 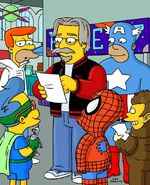