What was wrong with Buck after his return?

In Band of Brothers, Episode 5 "Crossroads", shortly before the Battalion is called to the Ardennes, there is a scene where the soldiers are sitting a tent watching a movie.

Cpt. Winters enters and finds Buck, who apparently returned to his unit after recovering from his injury. He tries to talk to him without getting any response at first. Buck seems completely apathetic and unable to participate in a proper conversation. He keeps sitting there after the others left when they were called to report to their leaders.

Maybe I missed something before, but neither did I understand what is the reason for his behaviour nor what the scene is supposed to tell me.

Can someone maybe shed some light on what is wrong with Buck in the scene and what meaning it may have to the story? 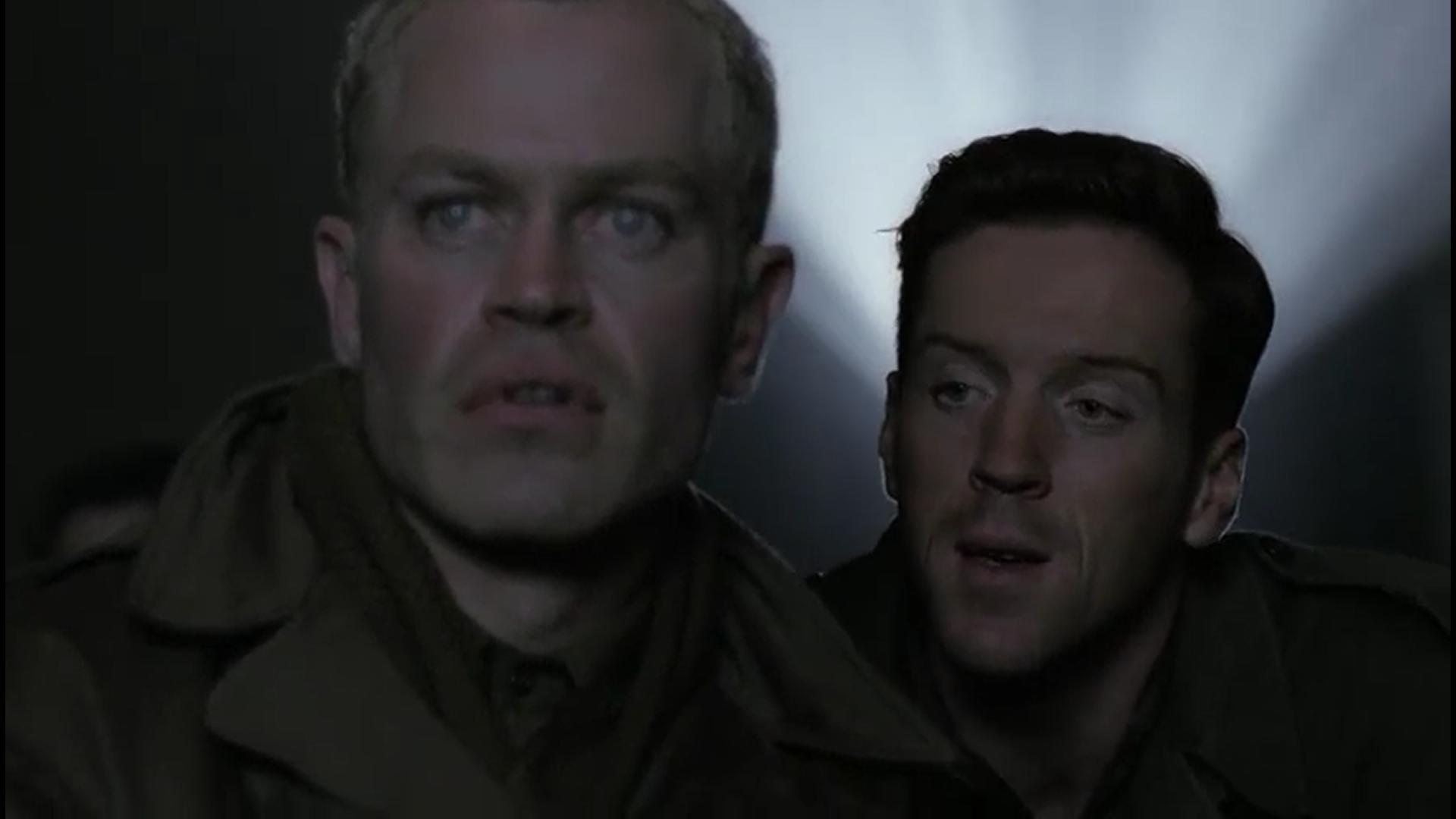 This scene is illustrating that Buck "Rogers" Compton is shell-shocked. This is now known as PTSD: Post Traumatic Stress Disorder. Since I don't know Compton personally, I can only guess that his trauma relates to his experiences from D-Day through Carentan. This scene to me is meant to convey that the cost of war isn't measured in dollars. It also conveys that war changes a man.

Not the answer you're looking for? Browse other questions tagged plot-explanation analysis character band-of-brothers .

17
What was wrong with Betty's hands?
4
What was the purpose of showing Private White sitting in full uniform?
6
Did Billy really play Myra in Hans's vision?
5
Who is Bruce and does he have a real-world counterpart?
3
What was the purpose of night patrol?
4
Why did Sean get onto the plane in the Event?
5
What is the reason behind Selene's return after the war with Marius?
8
What was Robb Stark's true motivation in his rebellion against the crown?
2
Where was the location of the Band of Brothers scene with Wild Bill firing at a German Patrol