Was Liz Toomes drawing at the beginning of Spider-Man: Homecoming showing us something important?

I have downloaded a high-quality picture of that drawing from Pinterest. It's not the original one, but it's completely the same.

Liz Toomes had sketched the battle of New York on a paper.

Were these just intentionally implemented into the movie for making references to other Marvel movies, or it was an important thing? 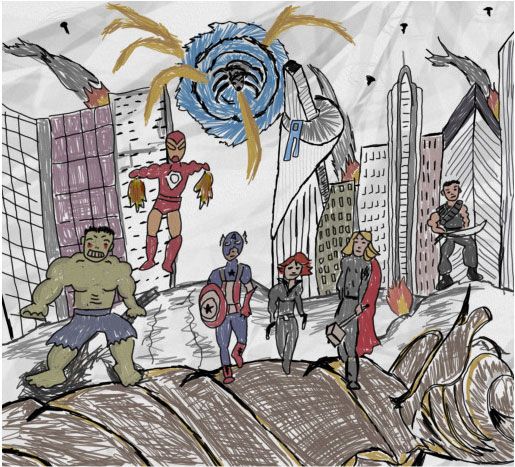