Did Yoda/Mace Windu have a Jedi Master?

So I know that Yoda was Count Dooku's master, then Dooku was Qui-Gon's, Qui-Gon> Obi-Wan> Anakin. So who was Yoda's master? Also Mace Windu is excluded from this chain, so did he have a master as well?

In the old canon, Yoda's master was N'Kata Del Gormo 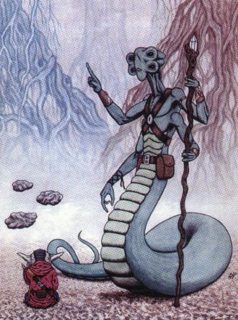 N'Kata Del Gormo was created by Chuck Hamilton, a Star Wars fan, for the backstory of his Hysalrian entry in the Design An Alien contest held in the Star Wars Galaxy Magazine. Leland Chee, who maintains the Holocron continuity database, established that the character was part of continuity except for his time on Dagobah, on the StarWars.com Message Boards in 2006.

But now it's part of legend.

In the new canon, his master is unnamed for now.

For Mace Windu, his master is Cyslin Myr

Cyslin Myr's first and only appearance in the Star Wars canon has been in a flashback sequence of the fourth issue of the 2017 Star Wars: Jedi of the Republic – Mace Windu comic book miniseries.

But in old canon his master was T'ra Saa. 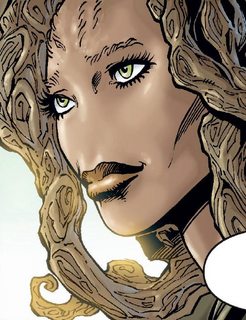 63
Use Force Lightning can Yoda?
2
Why does master Qui-Gon think Anakin is the "chosen one" while others do not?
16
Was Mace Windu falling into the Dark Side?
24
What does the prophecy exactly say in the Star Wars saga?
14
How did Darth Maul trace the Queen/Jedi back to Tatooine?
9
What is the reason that Obi-Wan lied to Luke by telling him that Darth Vader killed his father?
3
Why didn’t Anakin stay with Padme on Geonosis?
9
Age portrayal of Han Solo
1
Did Anakin share his Qui-Gon experience in Attack Of The Clones?