Is there a canon explanation of the function/purpose of the rotating teeter-totter device in The Prisoner?

In the 1967/1968 TV series "The Prisoner", there is an "operations" room of sorts; it appears dome-shaped, and in the center is a rotating teeter-totter-like device with a man seated at each end looking into some sort of apparatus. The general purpose of the room seems to be concerned with observation of the village residents.

The control room with the device is shown here: 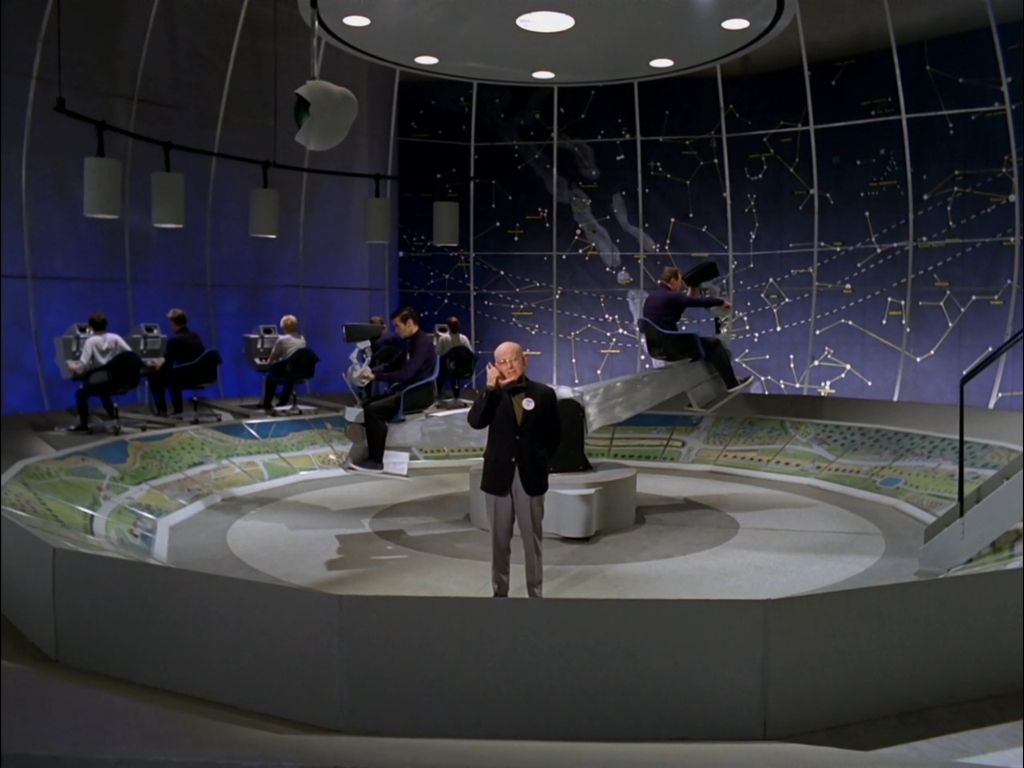 My question is whether there is a specific canon explanation of the purpose and/or function of the teeter-totter device and the role of the men seated on it. From a detached perspective, it looks rather pointless and goofy the way it is moving around, but in-universe, it must have some serious and important function. I am wondering if the show writers actually defined its function or if the prop was built and used without any well-defined concept in mind.

If it turns out that it was built and placed on set just because it adds visual interest with no real thought to in-universe functionality, I would accept that as an answer over and above an attempted retroactive explanation. Given that the "Rover" just is without any supporting in-show explanation, and that the controllers/supervisors seem to be able to call up views of just about anywhere with seemingly invisible cameras at inconceivably high-def for late 1960s tech, I'm OK with stuff seemingly magical to "Number 6" as well as the show's audience of the time. I suppose what I am really looking for is the story of the device's creation, from a production perspective.

While David Stipson is considered an authority on the series, his opinion on the saw-saw's intended use is speculative. Ultimately, the control room is not logical in design. The surreal and slightly bizarre set will probably remain forever open to interpretation.

According to my "head canon," they are using neutrino-based viewing devices. Neutrinos can easily penetrate even thick walls, so the fact that they are in an enclosed space is irrelevant.

Not the answer you're looking for? Browse other questions tagged props the-prisoner .