When did Jewish characters start waving their hands around like that?

In The Godfather (1972), Alex Rocco played Moe Green. The character was Jewish, although the actor was not. Coppola directed The Godfather. 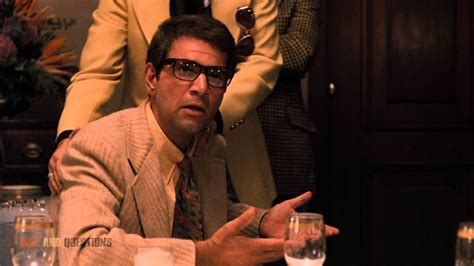 He recalled saying: “I’m Italian. I wouldn’t know how to play a Jew.” Coppola, he recalled, suggested hand gestures that could differentiate the two ethnic groups. “Greatest piece of direction I ever got,” Rocco said.

The gesture involved holding the palms of the hands together, in something like the attitude of prayer, and then moving the hands apart. When you look for it, it stands out in his performance.

I thought of this performance the other day, while watching Soylent Green (1973). In that film, Edward G. Robinson played Sol Roth. This time both the character and the actor were Jewish. But again in Soylent Green, the Jewishness of the character was conveyed partly through gesticulation. He did not make the same gesture that Rocco made; instead he moved one hand around while holding it open, something like a dismissive wave or like someone wiping a window. Robinson did it a good deal during the meal he shares with Heston involving old-fashioned fresh ingredients. 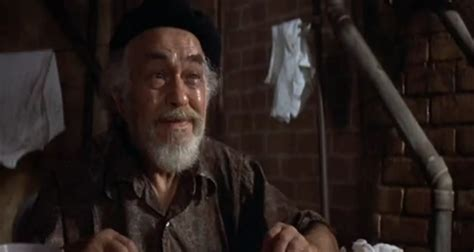 And I wonder about this.

I’m Jewish, and although I thought both portrayals were fine, I’ve never noticed any actual Jews waving their hands around like these characters. Is this a film tradition, like-a putting the letter "a" after words to suggest an Italian accent very quickly? These two films (The Godfather and Soylent Green) were made at around the same time; was this a momentary perception of Jewish mannerisms?

Where did this idea get started?