Why would they elope to Wick?

In Miranda's final episode, Gary offers railway tickets to Wick so that he and Miranda can elope.

Was there any significance to the choice of Wick? Is it easier to get married there? Is it like Gretna Green?

Wick is at the end of the Far North Line in Scotland, UK, making it the furthest railway destination that Gary could select. 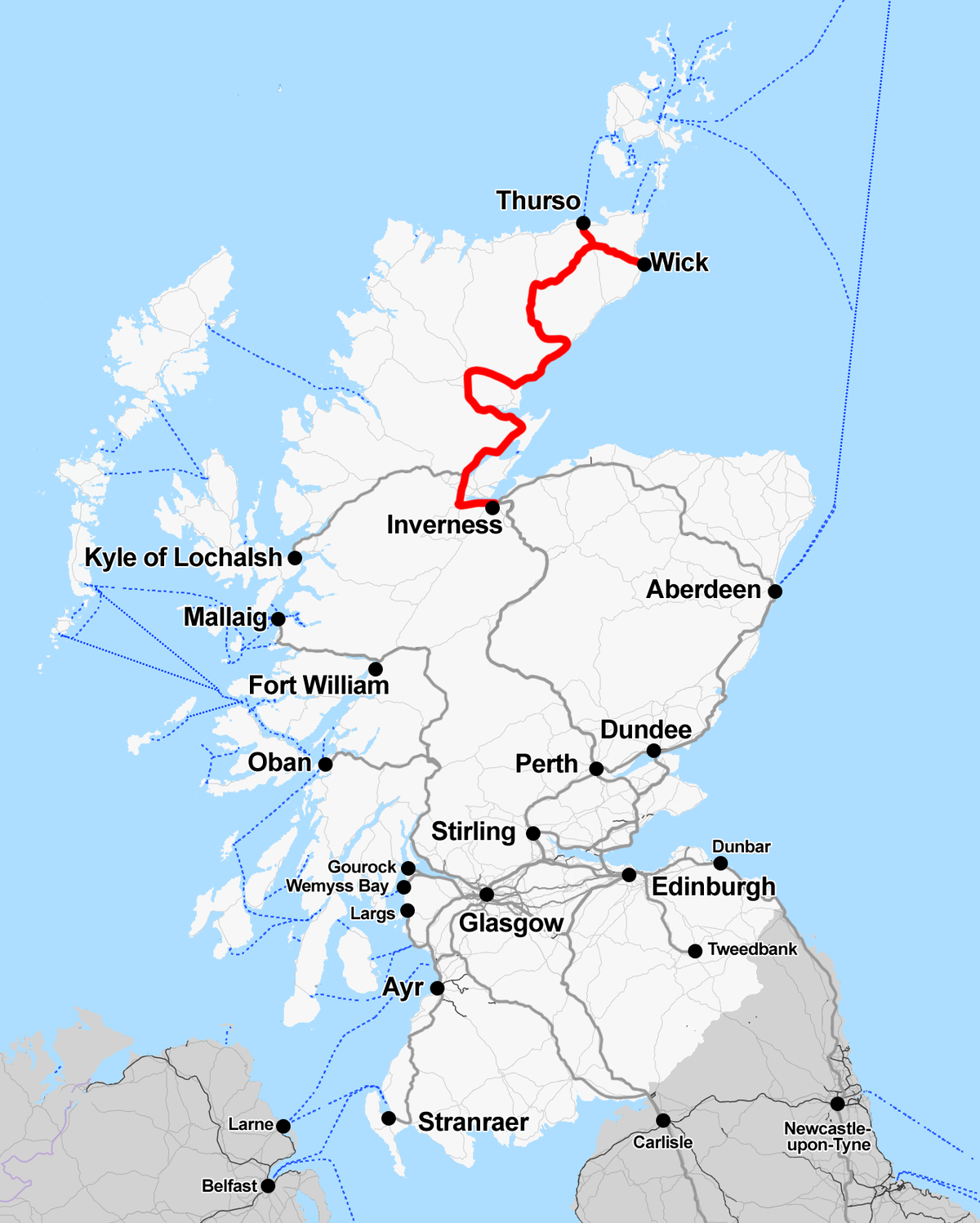 Miranda and Gary have both tried to break through their fears and inhibitions to find love with one another, and repeatedly been thwarted. Gary reasons that by travelling as far away as possible, away from pressure from family and friends, an elopement will enable them to finally cement their relationship. Miranda, however, has worked through her issues by this point and is ready to marry Gary at the restaurant in the midst of her social set and relations.

Miranda in turn bestows the same gift of freedom on Tilly, presenting her with the tickets and the instruction to elope with 'Dreamboat' Charlie.

MIRANDA: I don't need to elope, it can be on my own terms.
MIRANDA (to Tilly): You have these. Be free of your mother.
'DREAMBOAT' CHARLIE: I bloody love Wick!

As for the real-world legality of these arrangements...

Historically Scotland has had more liberal marriage laws than England. In particular following the 1754 Marriage Act, young couples (under 21) would head across the border to places such as Gretna Green where they could marry without their parents' consent. Scottish law at one time allowed for "irregular marriages", meaning that if a declaration was made before two witnesses, almost anybody had the authority to conduct the marriage ceremony.

However subsequent reforms brought Scotland's law closer to England's and today the requirement for 28 days of notice to marry is universal in the UK.

In any event Miranda's request to the registrar to marry her and Gary back at the restaurant immediately would be illegal and irregular as no notice had been given. Even if they had gone to Wick they would have had to wait for the 28 days of notice to elapse. The requirement for notice can only be waived if illness of one of the partners or somebody important to the wedding means that the 28 day period poses a problem. To get married quickly Miranda and Gary would have to head to another jurisdiction such as Las Vegas.

Not the answer you're looking for? Browse other questions tagged plot-explanation miranda .

40
Explanation of the ending of A Clockwork Orange
18
What was the significance of the Russian cultural backdrop in "The Deer Hunter"?
17
Help me understand the interaction between Marcus and John Wick
6
What was the significance of the last scene of Dexter in Season 8 episode 12?
27
Cop scene explanation from John Wick (2014)
19
How does Iosef Tarasov not know John Wick?
1
How does Malcolm get the idea in the end?
5
Why couldn't Sherlock figure out that there was no glass between him and Eurus?
11
Why does John Wick not just kill the adjucator?
7
Why did John Wick ignore guns in this scene?