How was Looney Tunes originally watched?

The Looney Tunes series started in the 1930s. How did people originally watch it? I don’t imagine a lot of kids grew up with a television. Did people go to the cinema for 5-minute shorts?

They were shown in cinemas before a main feature, just as Pixar films have a short beforehand today.

Typically a cinema would show a film, some cartoons, and some newsreel on a constant loop. People would come in and then leave once it got round to where they started.

There's a scene in Who Framed Roger Rabbit? demonstrating this.

The history of film began with short films.

Thus cartoons — which are short films — were mainly viewed as part of a whole slate of items one would see when going to the movies back in the day.

The other answer posted here is accurate, but I wanted to add additional details as to how short films — including cartoons — were part of the moviegoing experience in the U.S. and other places prior to television supplanting it in the mid-20th century.

As explained in this Wikipedia entry for short films:

“By the 1920s, a ticket purchased a varied program including a feature and several supporting works from categories such as second feature, short comedy, 5–10 minute cartoon, travelogue, and newsreel.”

And as explained explicitly in this Wikipedia entry for movie theaters; bold emphasis is mine:

“In the early decades of ‘talkie’ films, many movie theaters presented a number of shorter items in addition to the feature film. This might include a newsreel, live-action comedy short films, documentary short films, musical short films, or cartoon shorts (many classic cartoons series such as the Looney Tunes and Mickey Mouse shorts were created for this purpose).”

As well as this other Wikipedia entry for the 1980s PBS series Matinee at the Bijou; an interesting retro/nostalgia show; bold emphasis is mine:

“Going to the movies prior to 1960, and especially prior to the advent of television, could last for several hours, and include many short films along with a single- or double-feature presentation. Each episode of Matinee at the Bijou had only 90 minutes to replicate an authentic theater program, so the weekly serial chapter was usually shortened to about half its length and the feature attraction was always edited down to about an hour. Thus the casual viewer got the flavor of the old movie marathons in smaller portions.”

What is really interesting about Matinee at the Bijou was not the content as much as the presentation: Where nowadays people go to a movie to see the main feature and have to sit through a barrage of commercials beforehand, back in the early days of moviegoing, the experience as simply the moviegoing.

So your question states:

“How did people originally watch it? I don’t imagine a lot of kids grew up with a television.”

Nope. Many people did not have television. So back in the day the main way you were entertained by visual media was by actually going to the movies.

And thus instead of binging on a pile of cartoons, or just watching news all day, people would go to the movies to see a whole variety of content such as shorts, newsreels, serialized series and then possibly a feature film.

PS: And the reason many people mainly know about cartoons from television viewing was no accident; it was an explicit byproduct of the movie industry shifting gears and taking advantage of the fact that TV stations needed content and one could get away with cheaper TV animation techniques instead of creating live action shorts that required larger budgets.

“Cartoon shorts had a longer life, due in part to the implementation of lower-cost limited animation techniques and the rise of television animation, which allowed shorts to have both theatrical runs and a syndication afterlife.”

So while live action shorts aged badly — due to various factors — cartoons were fairly timeless due to the fact a cartoon rabbit being hunted by a bald, goofy and befuddled hunter plays well in the 1940s, 1950s, etc… And even in the 21st Century

And as far as new content goes, new cartoons could be produced “on the cheap” due to the relative primitiveness of non-HDTV early TV visual quality.

PPS: And finally, in the 1950s — when TVs were more commonplace and movie studios and distributors had an excess of cartoons in their inventory and were trying to compete with TV programming — many local theaters would have Saturday morning matinees that were targeted explicitly to kids and their weekly allowance. Check out the bottom half of this circa 1955-ish newspaper ad proudly hyping “21 Cartoons for 20¢.” What bargain for a kid with 20¢ burning a hole in their pocket! 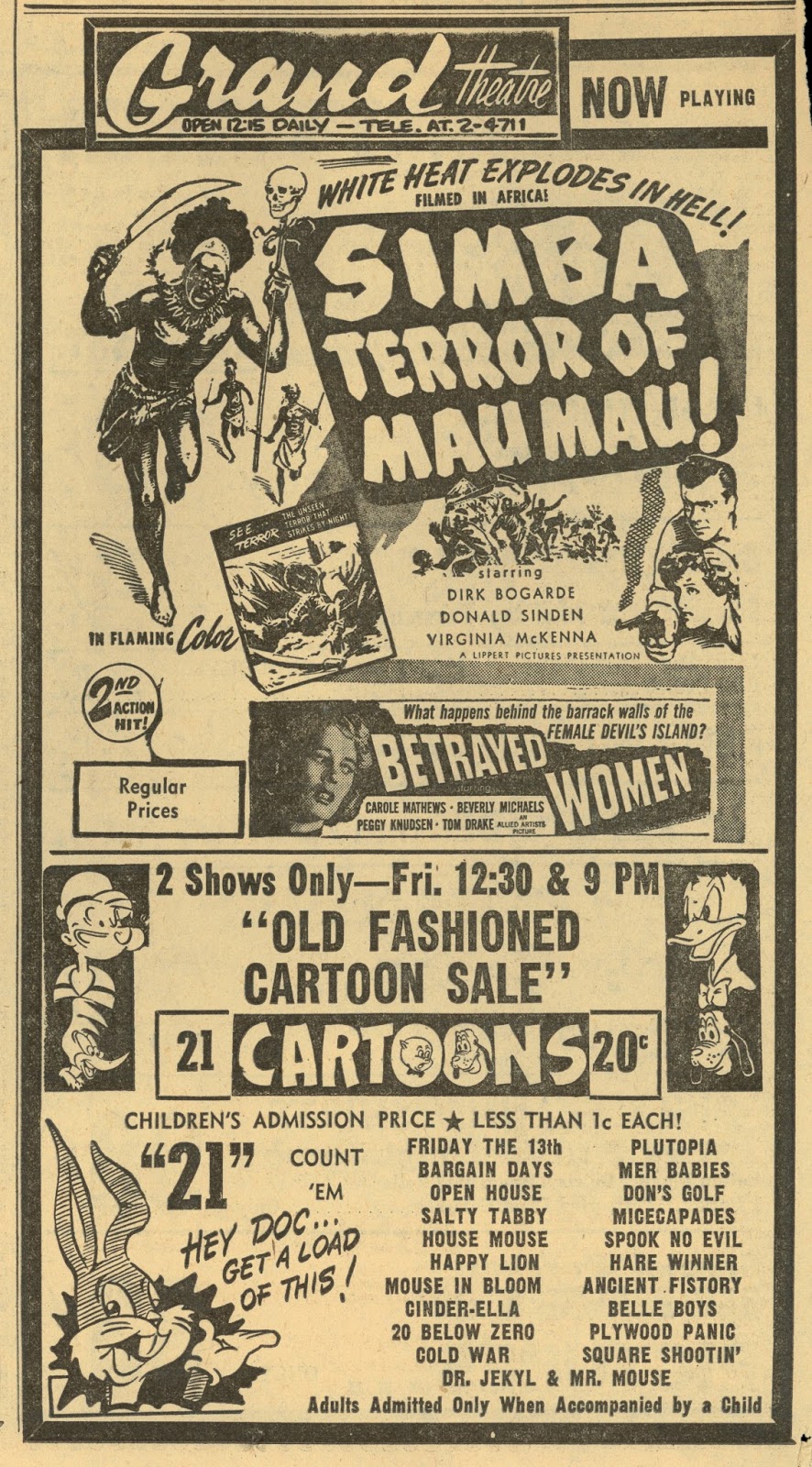 Not the answer you're looking for? Browse other questions tagged animation looney-tunes .