What company produced and owns The Lorax?

I've been looking around the internet and I've come across a very confusing dilemma. Did Walt Disney Productions produce The Lorax, or did Universal? (By way of Illumination Entertainment) 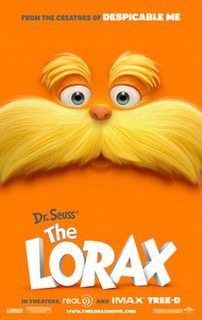 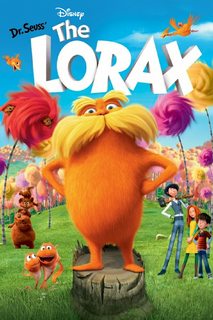 The Disney Fanon Fandom site seems to be rather at odds with other authorities. (As it's a fan wiki, I doubt it's subject to quite the stringent fact-checking that Wikipedia and IMDB are). They've also got the date wrong, it's 2012 not 2016.

from comments it would seem that "fanon" means it's some kind of made up wish-list, who-cares-whether-it's-true non-canon structure… Avoid.

Both Wikipedia & IMDB consider it it entirely Universal - Illumination is a part of Universal.
IMDB mentions Disney as a distributor in 2019/20 but in no other capacity.

The Lorax (also known as Dr. Seuss' The Lorax) is a 2012 American 3D computer-animated musical fantasy comedy film produced by Illumination Entertainment and based on Dr. Seuss' children's book of the same name. The film was released by Universal Pictures on March 2, 2012, on what would have been Seuss's 108th birthday.

I can find no other claim to it being either Disney or 2016.
Let's assume it was written by some over-eager, under-fact-checked fan. Fake news ;)

Not the answer you're looking for? Browse other questions tagged disney producer the-lorax .

22
What Disney animated film was the first to feature blood?
24
Why do Disney and Pixar animated movies contain the 'A-113' easter egg?
44
Why do Mickey's ears rotate and shift location when he is not facing the camera?
15
What is the timeline of The Lorax? Why don't the older townspeople remember the trees?
40
Why are Frozen's Elsa and Anna excluded from the Disney Princesses franchise?
7
Does Disney now own Howard the Duck, and why?