What's the significance or symbolism of the trinket tied with an orange string to the backpack?

In Tenet, the Protagonist was saved by a mysterious shooter who had a trinket tied with an orange (or red) string to their backpack. The Protagonist later encounters the same trinket and string on an inverted person's backpack as he was trying to prevent the time capsule from being buried. Near the end of the film, we learn that the mysterious person with the trinket tied to their backpack was actually Neil. 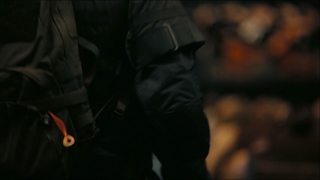 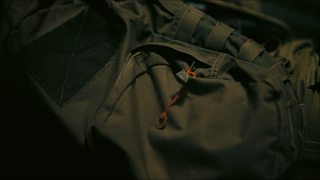 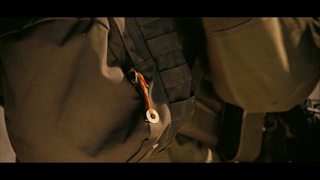 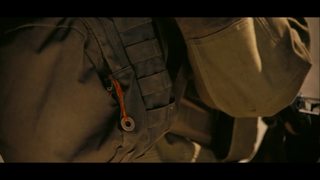 When you're in a military unit and you all have the same gear loaded onto trucks and stuff, it can be hard to pick out your green backpack from the other sometimes dozens of exact same bags, so you'd have a tag or trinket or marking that would individualize it.

In terms of significance in the movie - it's just a nice way for the Protagonist and the audience to (later) recognise the individual who intervened to help at the opera house.

It has a deeper meaning; It's a piece of inverted metal that he carries with him. A reminder of the future, where he comes from.

3
Why is the Opera raid simultaneous with the Stalsk-12 battle?
5
What's the significance of Neil asking the Protagonist if he would take a child or a woman hostage?