In the Christmas Pageant scene, what did Buzz do to Kevin?

I am completely blind, so I cannot see what is happening. Unfortunately, I wasn't able to find a version that contained audio descriptions, and searching various sites such as Wikipedia, WikiFandom, or IMDB yielded no favourable results.. For reference, here's the scene on YouTube.

From what I could hear, people started laughing during Kevin's solo, and then a while later, some sources told me that a Christmas tree knocked over the pianist. But I don't know what happened in between that.

The singers have electric lights that are shaped to look like candles. Buzz, like the other singers, starts with one, but takes another from the singer next to him and holds them up to Kevin's ears. The lights are bright enough and close enough to Kevin's ears to shine through them.

Buzz then moves the lights in a manner that imitates the use of drumsticks on a drum, with Kevin's head being where the drum would be, then resumes putting them behind Kevin's ears. Kevin turns around and pushes Buzz, which knocks him over. As he falls, his arms flail, hitting the people next to him, causing them to fall over and hit the people next to them, and so on. This chain reaction causes everyone (except, for some reason, Kevin), to fall over. They knock over a large piece of scenery made to look like a Christmas tree, which then hits the pianist.

I'm not sure how much that is referring to things you'd be familiar with; if you're blind from birth, you haven't had much use for candles, or the electric lights made to imitate them, and you wouldn't be familiar with the phenomenon of bright lights being visible through thin parts of one's body.

Unfortunately, the joke is completely visual.

Buzz is holding his electric candle lights behind Kevin's ears so that it emphasises how large they are by making them see-through. 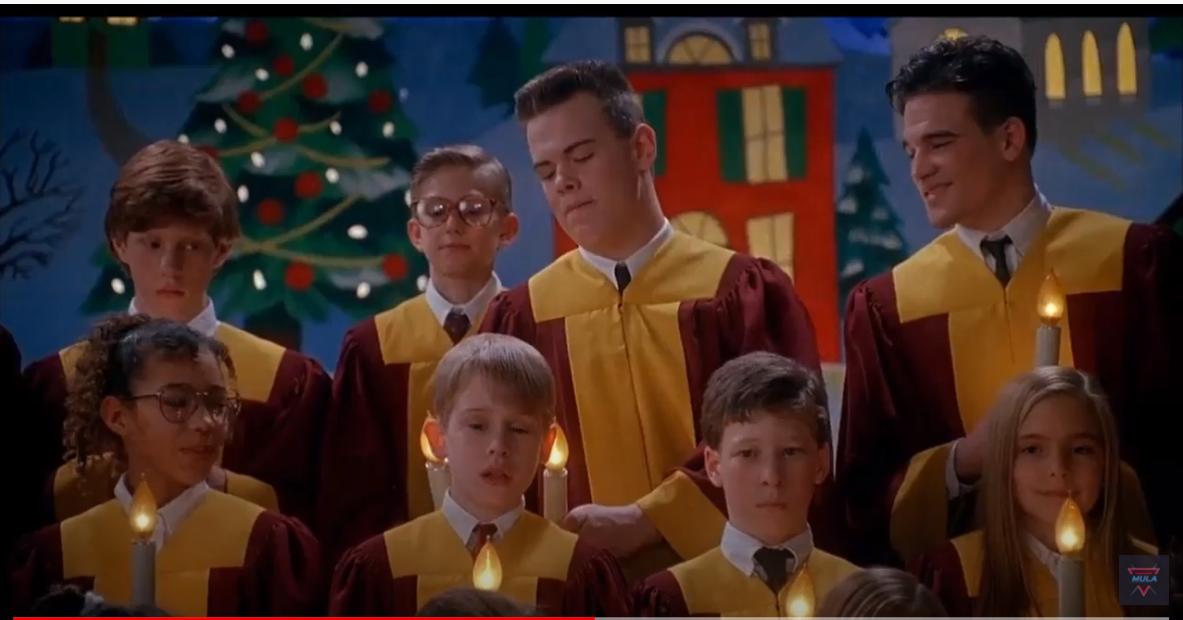 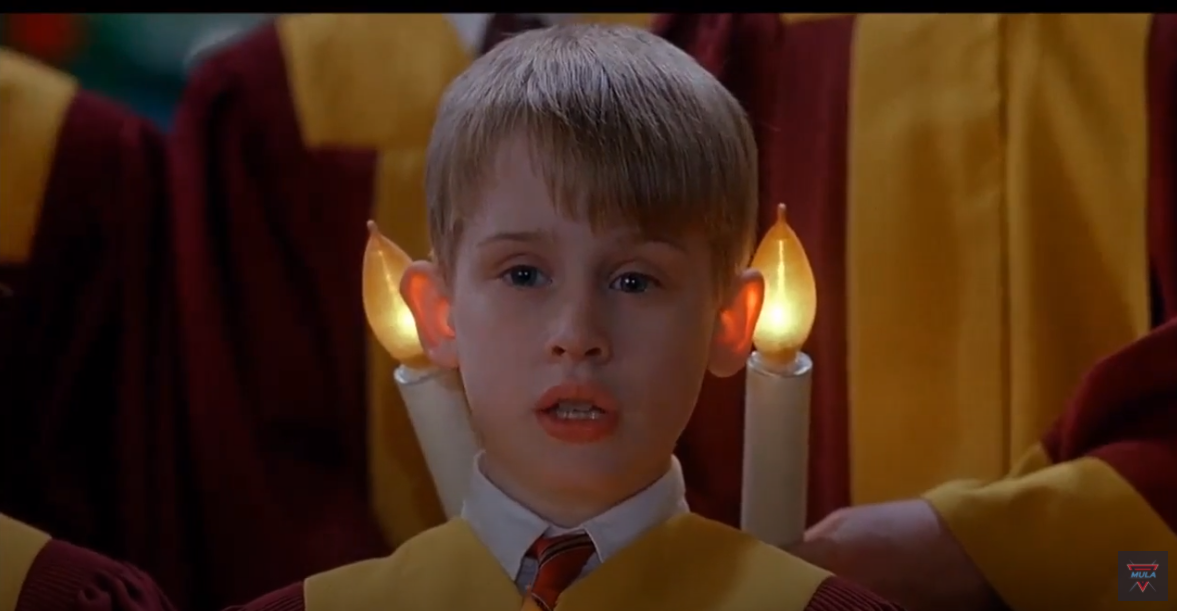 He then pretends to play drums on Kevin's head using the lights.

Not the answer you're looking for? Browse other questions tagged plot-explanation home-alone home-alone-2-lost-in-new-york .

18
What are the Ghost of Christmas Present's Brothers?
7
What was Satan's goal with Kevin?
2
Why did they say the pageant was their first live show?
5
Why did none of the neighbors call the Police despite the traps?
8
Why did Kevin keep silent about Harry and Marv?
4
Did the McCallisters bother to call home?
1
Why did Kate say to Kevin "Maybe it'll happen"?
1
Why didn't Harry like the way Kevin looked at him?