Did Mega Maid's last scene correctly show the setting of the vacuum switch?

In the Mel Brooks movie Spaceballs, the spaceship Spaceballs One transforms into a giant maid with a vacuum cleaner. At the end of the movie, Mega Maid self-destructs, sending the head and the hand holding the handle of the vacuum cleaner onto a beach. It is an homage to the ending of the movie Planet of the Apes.

It appears that the vacuum cleaner's power switch is still intact, with the lever pointed down, toward Mega Maid's hand. Compared to other scenes of Mega Maid, is the power switch shown in the correct position? 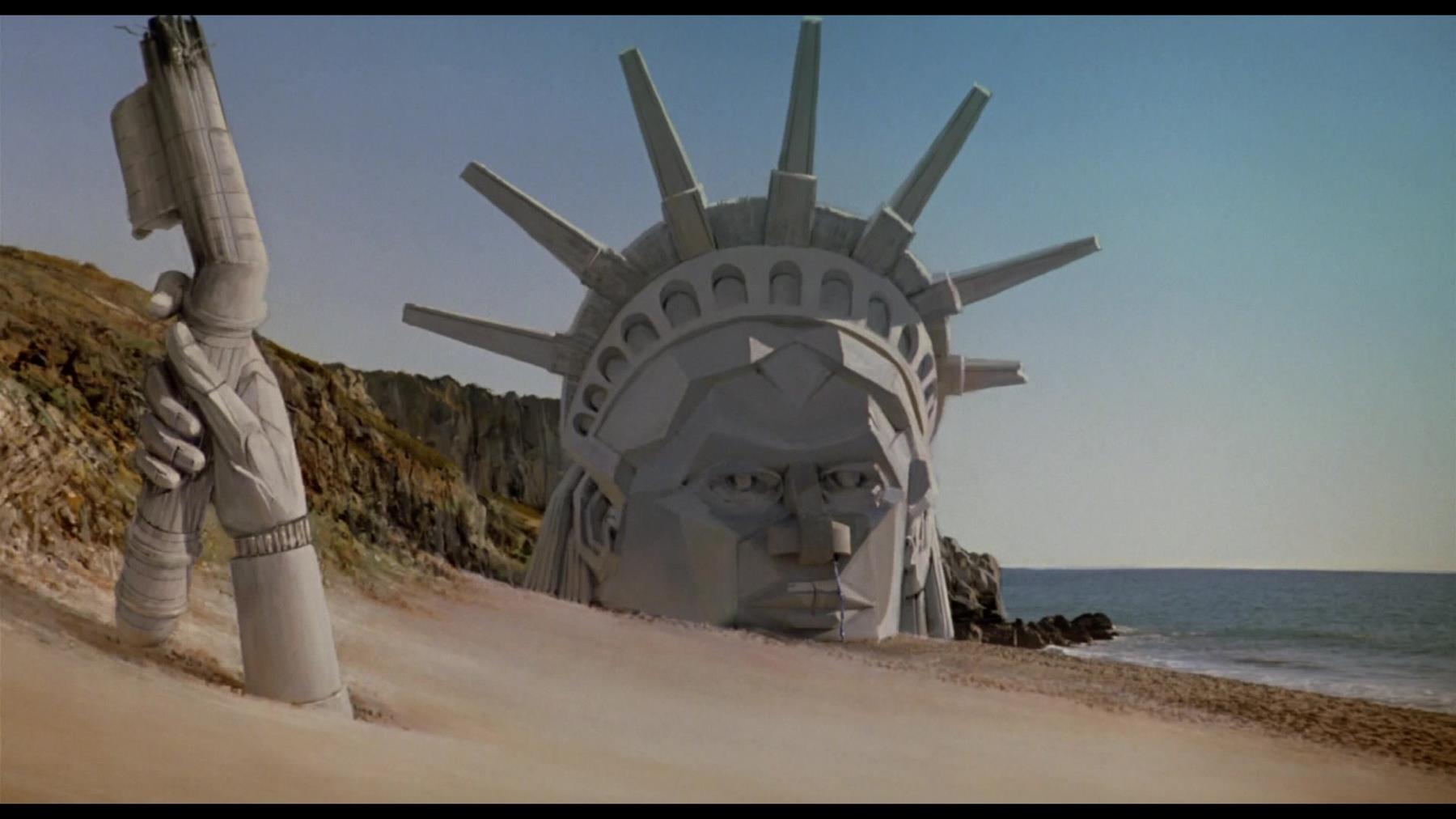 Yes. There is a scene set earlier that shows the control. With the switch in the middle, the Vacu-Suck was "off". When the switch was moved down, or away from the hand it was set to "on" (or suck). However, towards the end of the movie, Lone Star points his Schwartz ring at Mega Maid's control switch and it moves from "On" to "Off" to "Reverse" (pointed up, towards Mega Maid's hand).

This allows Colonel Sandurz to exclaim "She's gone from suck to blow" (gosh, answering this has been fun!)

Later on, the Self Destruct button is pushed, and the Self Destruct Cancellation control is out of order, so Mega Maid self destructs landing on the Planet of the Apes (don't ask how) with her head and hand all that remains....

So, the switch now being shown down, towards the hand (because the end of the handle is buried, effectively backwards to how we saw it earlier) or set to "Reverse" is, in fact, the correct position.

On a personal note, I re-watched this film very recently, and while there are many movies I found funny as a youngster that I simply either do not now, or actively cringe at watching as an adult... I double dog dare anyone to watch this without giggling at least once. So many parts are perfect comedy gold!

9
How did they get back in “City on the Edge of Forever”?
45
Why is Pulp Fiction's opening scene different to the one near the end?
2
Explanation for Gordon and Vallens in the final scene
6
Why did Uncle Jesse's last name change?
18
How long did it take the space marines in Aliens to reach planet LV-426?
5
Why did the marks think they recognized Hardison in s4e16 "The Gold Job"
46
Did Spaceballs have to get permission for Pizza the Hutt