What are those items hanging behind the shop keeper? [closed]

Ask Question
Asked 1 month ago
Active 1 month ago
Viewed 6k times
10
Closed. This question is off-topic. It is not currently accepting answers.

In No Country for Old Men, Anton offers a coin toss to a shop keeper. 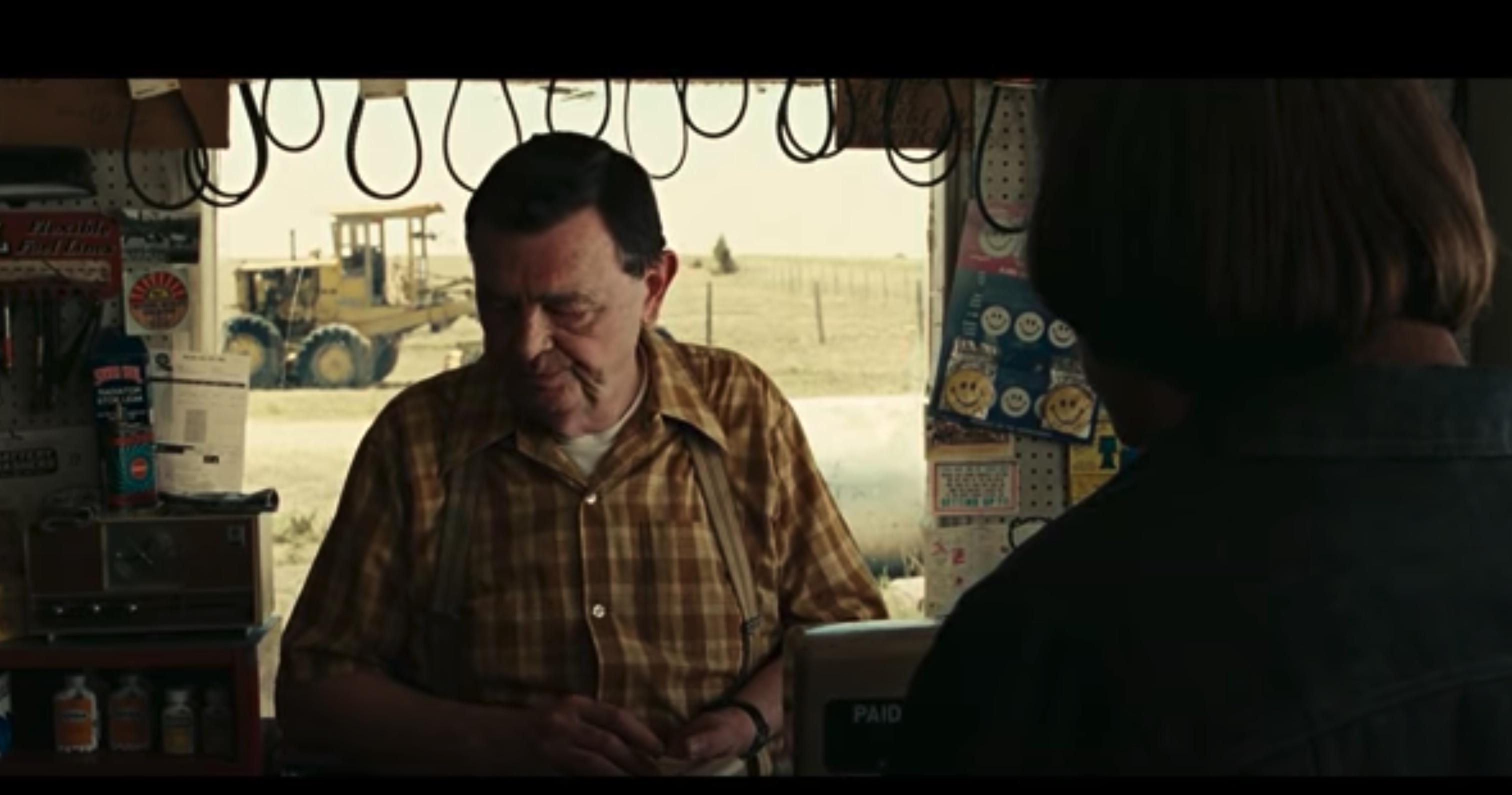 There is a row of cable-tie looking items hanging behind the shop keeper. What are they? I have never seen them in a gas station? Must be specific of that time, 1980s or that region.

They are engine accessory drive belts. They are attached between the engine crank shaft and the engine components like:

Most of these separate belts were replaced by one longer drive belt called the serpentine belt. It was attached between all or most of the components listed as well as various pulleys to provide mechanical power from the engine to run them.

Prior to 1990, the belts shown were pretty ubiquitous to every car. And, like any other part, were prone to wear. Checking and replacing them was a common point of regular maintenance. More common than changing tires since your average driver could do it themselves. Almost as common as checking the oil.

Even into the beginning of the twenty-first century, cars with regular drive belts would have been plentiful on the American road as daily drivers. Now, they are more of a Collectors item. But, even as late as 2010, I would change my own serpentine belts and tensioner pulleys.

Here's a clip. There are frames that are more zoomed out, such as 4:24. At 0:47, you can see that they're labelled with the number 15540. When I googled that number, the third result was this. Other than the first two results, all of the results on the first page seem to be fan belts. Also, at 0:05, you can see this is a gas station, which suggests that they may be automotive supplies.

Not the answer you're looking for? Browse other questions tagged props no-country-for-old-men .

20
What purple items have Samuel Jackson's characters had?
13
What is the story behind Robert Langdon's Mickey Mouse watch?
2
What was the purpose behind the metal object Forest Whitaker rubbed on Jake Gyllenhaal's face in Southpaw?
5
What exactly are those typical bean dishes in Italo Western?
6
What's the significance of the items in Coulson's folder in the Framework?
26
What are the towers on Tatooine?
9
Why was this lined changed in No Country for Old Men?
5
What is the logic behind Nadia bribing the secretary of the Temple with a mango?