How did the ending happen from Neil's perspective?

I am trying to figure out the scene near the finale of Tenet where Neil unlocks the door and gets shot in the face.

I can't really see the flow where he opens and holds the door and the protagonist walks in and fights the bad guy. Can you tell the series of events as Neil sees them happen till he gets shot?

If I am not wrong, I see it like this:

But this doesn't make sense, if he wanted to unlock the door when he was running down, they were already in fighting the bad guy!!!!!

But this doesn't make sense, if he wanted to unlock the door when he was running down, they were already in fighting the bad guy!!!!!

At that point, Neil has already been to the final sequence where the end of the world has been just prevented and Ives was about to shoot Neil and the Protagonist to make sure no one knows the algorithm. After Ives then changes his mind, Neil says that he is "the only one who could've got that door open in time" and so that he has to go back to do it.

So he does. Being inverted and going backwards in time, Neil understands that the order of events has to be the opposite. Yes he sees the Protagonist and Ives already fighting Volkov behind the door, but a few moments ahead for him (or a few moments before for them) he will need to keep the door open to let them "out" ("in" for them). So he does exactly that — finally locking the two of them outside and, unfortunately, catching the Volkov's bullet which was purported for the Protagonist.

Snapshots in normal order (time going forwards, as shown in the film):

Neil has just stood up and been (un)shot by Volkov: 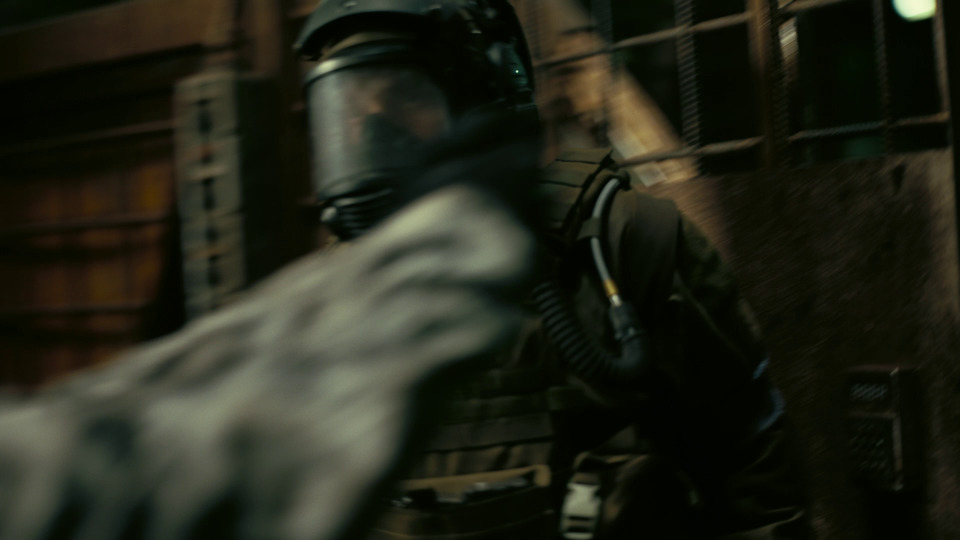 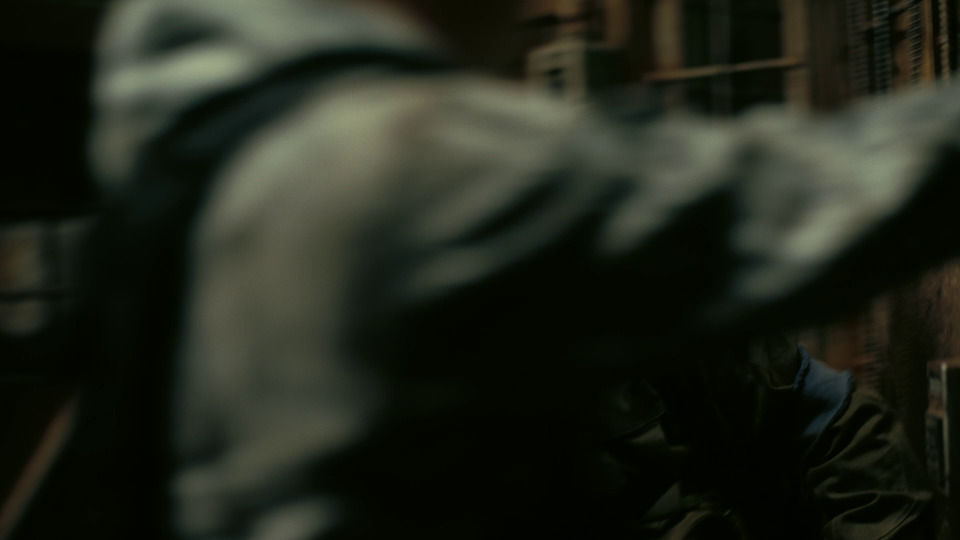 Neil has opened the gate and let the Protagonist in: 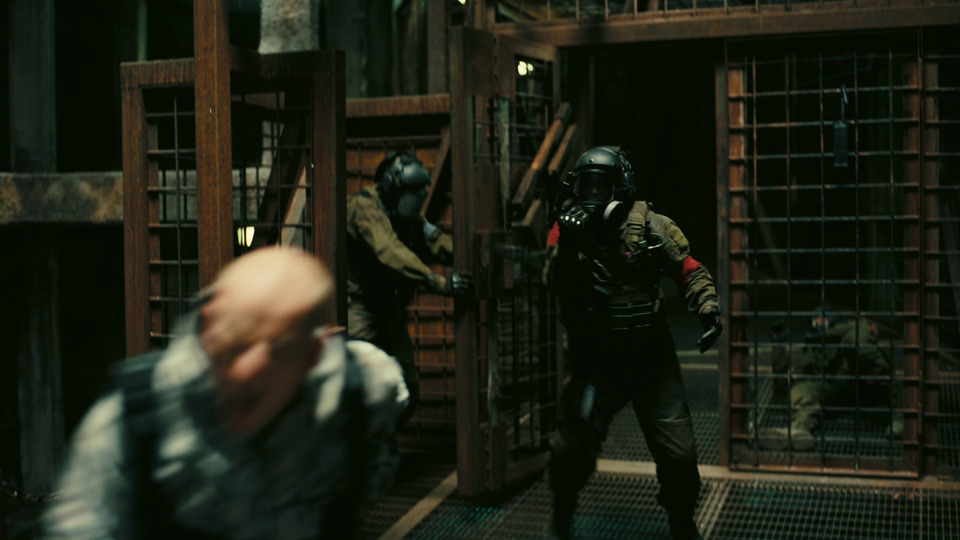 Neil keeps the gate open while Ives gets up and walks in too: 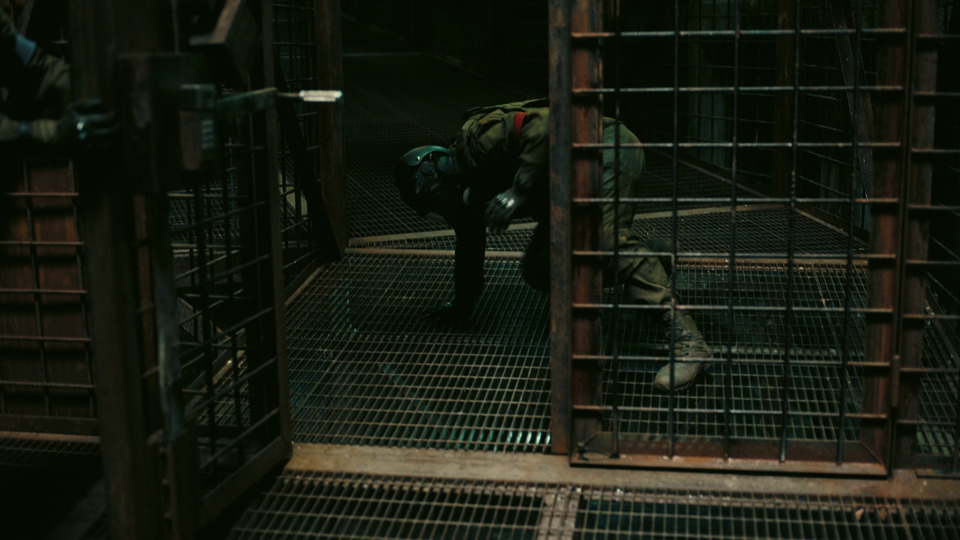 Neil walks out of the gate closing it behind him while Ives picks up the pistol: 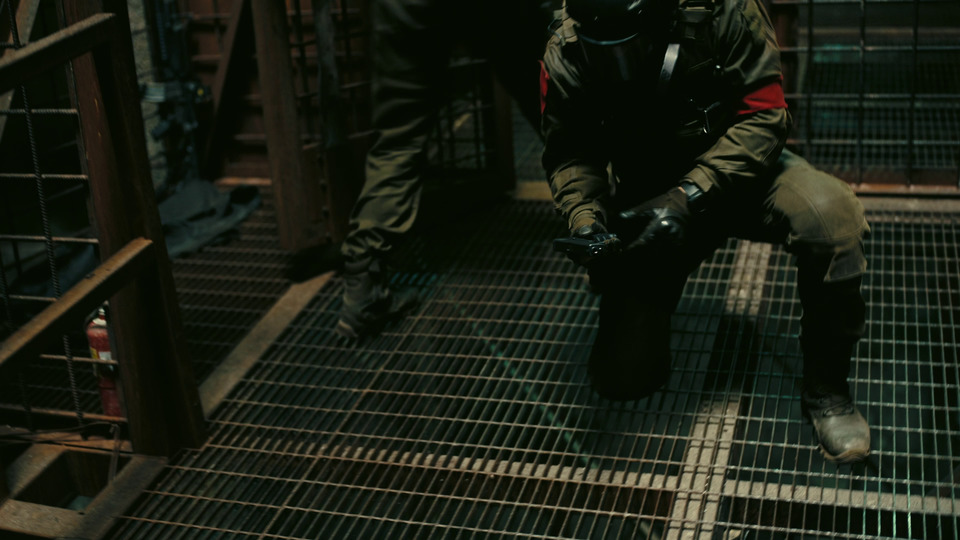 Ives turns back and sees Neil shutting the gate: 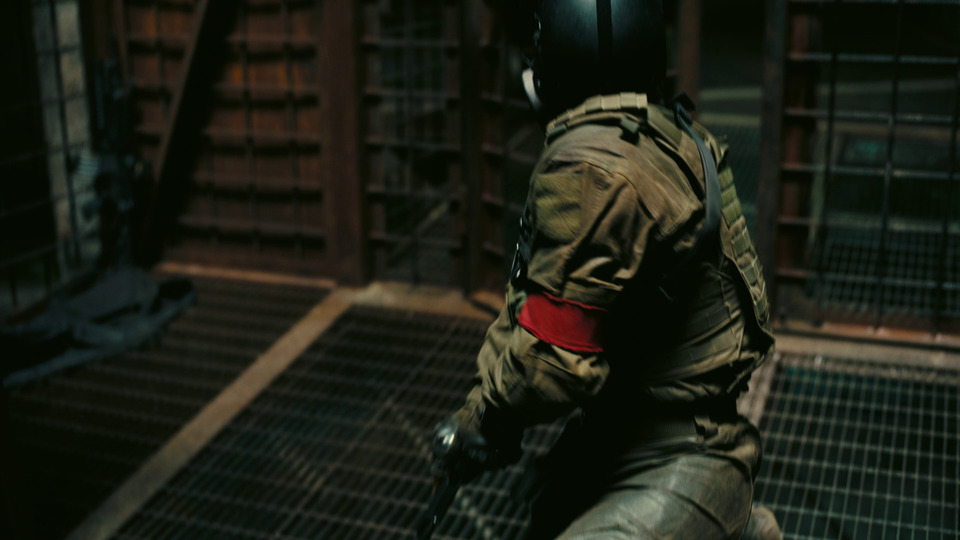 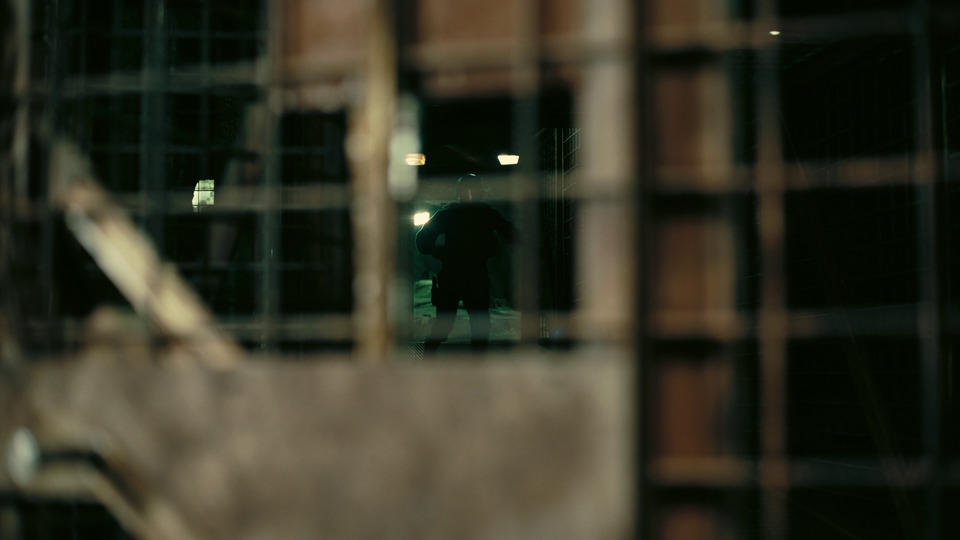 Note that Ives was lying knocked down by the first Volkov's bullet that had hit his helmet before the Protagonist started talking to Sator over the phone — up until Neil lets them in, so Ives could not pick the lock at all.

Short Answer - The lock didn't need picking it was an auto-lock gate.

In that scene Ives was trying to pick the lock (unsuccessfully). Just after Inverted-Neil un-dies and stands up, he swings the gate open (he doesn't unlock it or pick it), Ives and The Protagonist enter the holding area.

Inverted-Neil doesn't touch the lock. Inverted-Neil, from his perspective, held the gate and then swung it shut. He does not face the lock, get on his knees, or attempt to pick it. From Inverted-Neil's perspective he shut the gate which auto-locked.

Because it's an auto-locking gate, from the forward perspective, the gate un-auto-locked and Inverted-Neil simply swung the gate open. Neil doesn't pick the lock.

From Inverted-Neil's perspective this is what happened:

In the end, though Neil states, "I'm the only one who could've got that door open in time, right, Ives?" and Ives responds saying, "I don't know any locksmiths as good as you" ... there was no need of a locksmith in this case as it was an auto-locking door. Anybody could have gone and shut that gate when inverted. Ives says what he did because what has happened has happened, it has to be Neil who shuts the gate and in the process take that bullet. Only if Neil dies, will The Protagonist live, and this has already happened. Neil being there also un-auto-locks (without picking) the gate allowing access to Ives and The Protagonist.

Inverted-Neil, from his perspective, opened the unlocked gate, entered, held the gate open, then locked the gate, unlocking it for the non-inverted/forward TP and Ives. He then died after being shot by Volkov after unlocking/reverse-locking the gate.

In the scene where Neil got shot, we see the gate latch or bolt moving (shown for around one second only) showing that the gate was unlocked/reverse-locked by inverted-Neil.

Neil approaches the gate and then enters the unlocked gate. 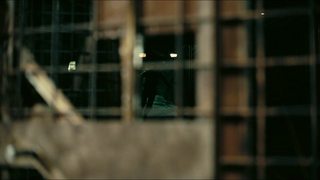 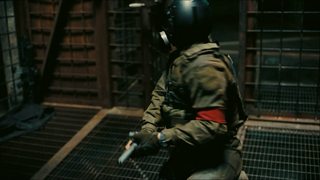 Neil goes to the left side and holds the gate open. 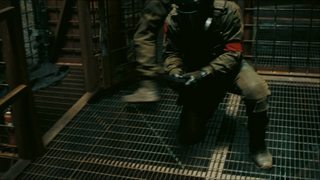 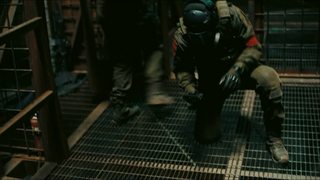 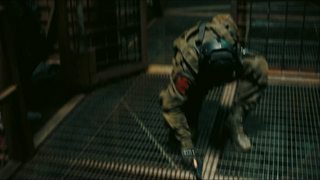 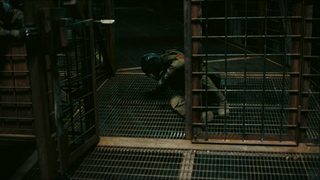 Neil closes and locks the gate. 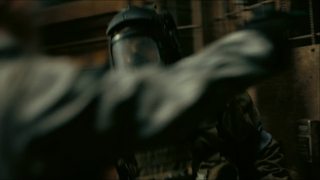 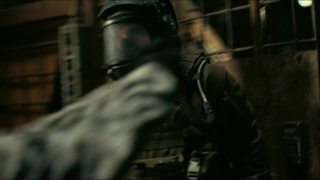 Neil gets shot by Volkov. 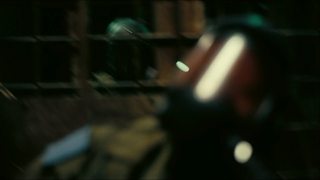 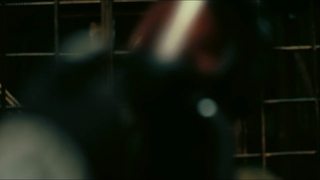 The latch or bolt (encircled in red in this screenshot) moves, signifying that the gate is unlocked (or locked, in inverted POV). 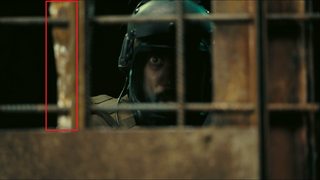 The part where Neil gets shot is shown at around 04:30 in this Youtube video of the scene.

Animated presentations of the scene:

Another answer here suggests that it was Ives that unlocked the gate. This is contradicted by dialogue among the Protagonist, Ives, and Neil.

Ives: How'd you get that lock open?
The Protagonist: Wasn't me.

Neil: I'm the only one who could've got that door open in time, right, Ives?
Ives: Well, I don't know any locksmiths as good as you.

Ives has nothing to do with unlocking the gate. In fact, he was downed while the gate was being unlocked/reverse-locked by Neil and is not near the lock at all.

Some comments in the other answers: [1], [2] - raise the issue of how Neil "instantly" picked the lock or why no lockpicking was shown in the scene.

To use Ives' words — you have to "stop thinking in linear terms."

Related dialogue from the scene where the Protagonist reverse-shoots a bullet:

Related dialogue from the scene where the Protagonist tries to catch an inverted bullet:

This shows how good Neil is at lockpicking, that even if inverted, he can unlock locks by instinct.

I partially agree with MovieMe's answer. It was an autolocking gate. However, Neil DID unlock the gate (or pick the lock if you will), just not when we all think he had to. In the forward timeline, Ives (after regaining conciousness and passing the gate) saw Neil closing the gate behind them and reverse-running away, which means that in Neil's perspective (reversed timeline), he HAD to pick that lock when he arrived at the gate (because it autolocked, remember?) just to get in and hold the gate open for his mates to get out.

2
Why must inverted Neil open a door that was ALREADY open?
1
How did Neil know that Volkov is going to shoot the protagonist?

3
Why is Joe attacked earlier in the movie "You were never really here"?
4
How did Ginny get out of the ring of fire during 'The Burning of the Burrow'?
7
Why were they sleeping right before the deployment?
12
What would an observer see when someone goes through the Turnstile in Tenet?
12
How does Sator get the algorithm after the car chase?
10
Did Neil use an inverted bullet at the opera?
1
How did Neil know that Volkov is going to shoot the protagonist?
1
Why and to whom did the protagonist have to prove his loyalty?